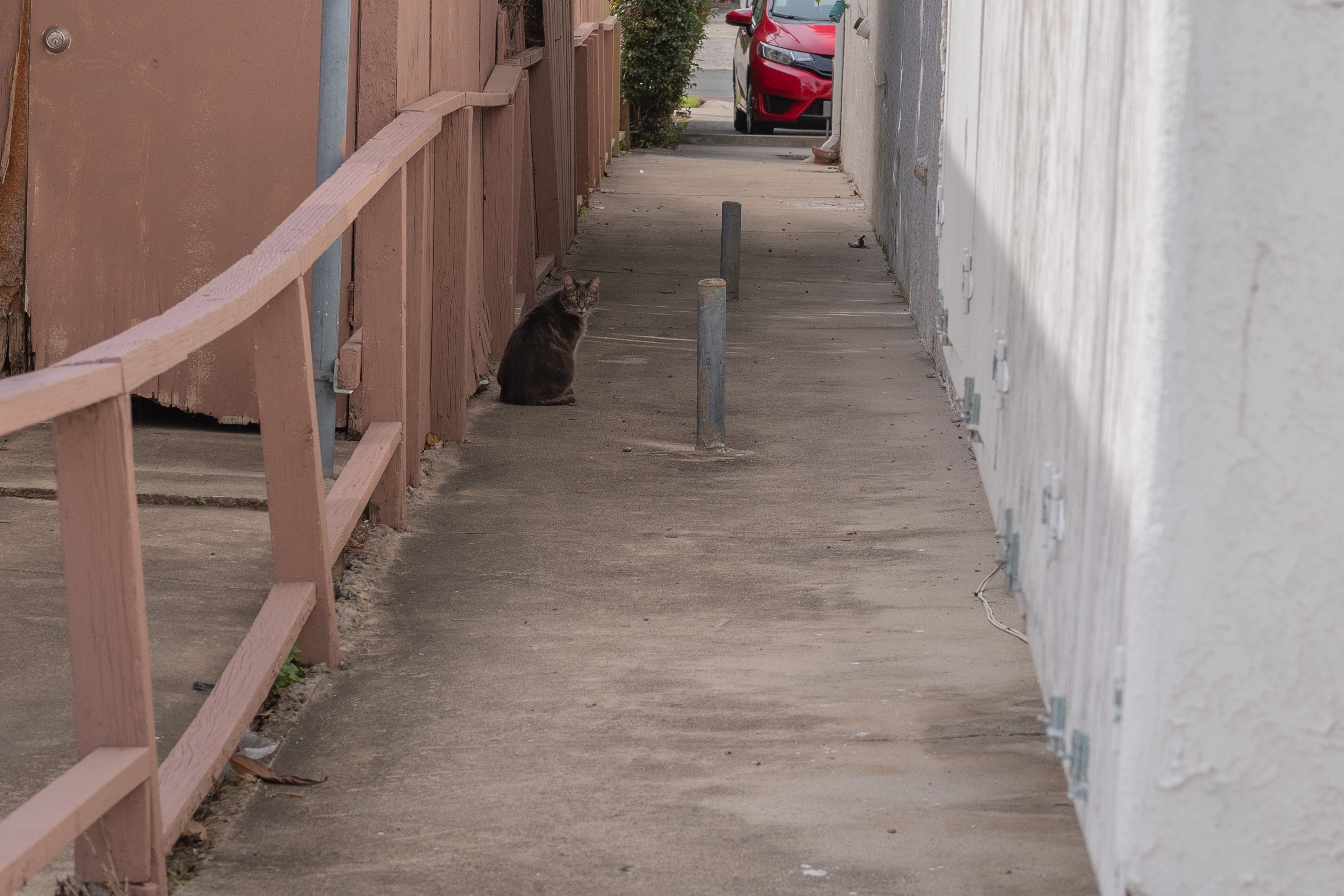 We end the second month of 2019 with what is questionably the thirty-third feline featured from Alabama. I first spotted this kitty more than four months ago—and several times since—before finally capturing a satisfactory portrait on February 12. The tabby occasionally hangs out between two buildings on Alabama and when approached always goes into the alley behind and across the way—hence the nickname (think alley cat) and use of questionably, since the beastie could live somewhere on Mississippi. That said, I have never seen Alley anywhere else. Interestingly, the cat repeatedly goes to the same spot to sit and stare at a wooden structure with no discernable openings to indicate something—such as another furball—is on the other side. Are there ghosts, perhaps? 😉