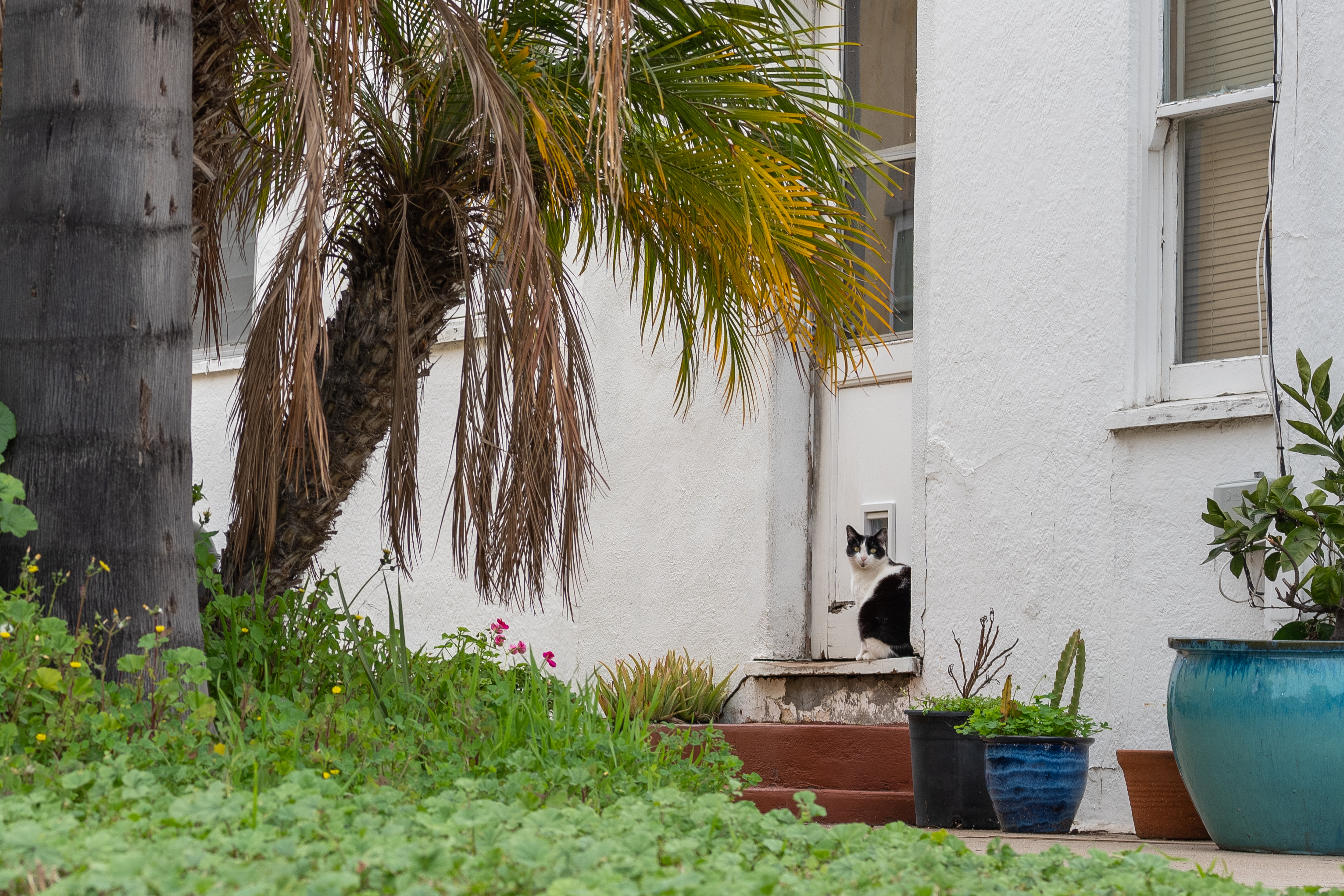 Along a stretch of Mission Avenue not far from the temporarily closed Valero gas station, on Feb. 26, 2019, I spotted a black-and-white that waited nobly statuesque along a door step. The kitty stayed still for several portraits, including the Featured Image and its companion—both taken using Fujifilm GFX 50R and Fujinon GF63mmF2.8 R WR lens. Vitals for the first, aperture manually set: f/5.6, ISO 100, 1/200 sec, 63mm; 10:43 a.m. PST.

Spring foliage is lush all around San Diego because of ongoing heavy rains. The second photo is cropped to capture a different moment—of untypically brash green growth that elsewhere in the county could in autumn become dry tinder that feeds ravaging wildfires. Vitals are same, except 1/170 sec. 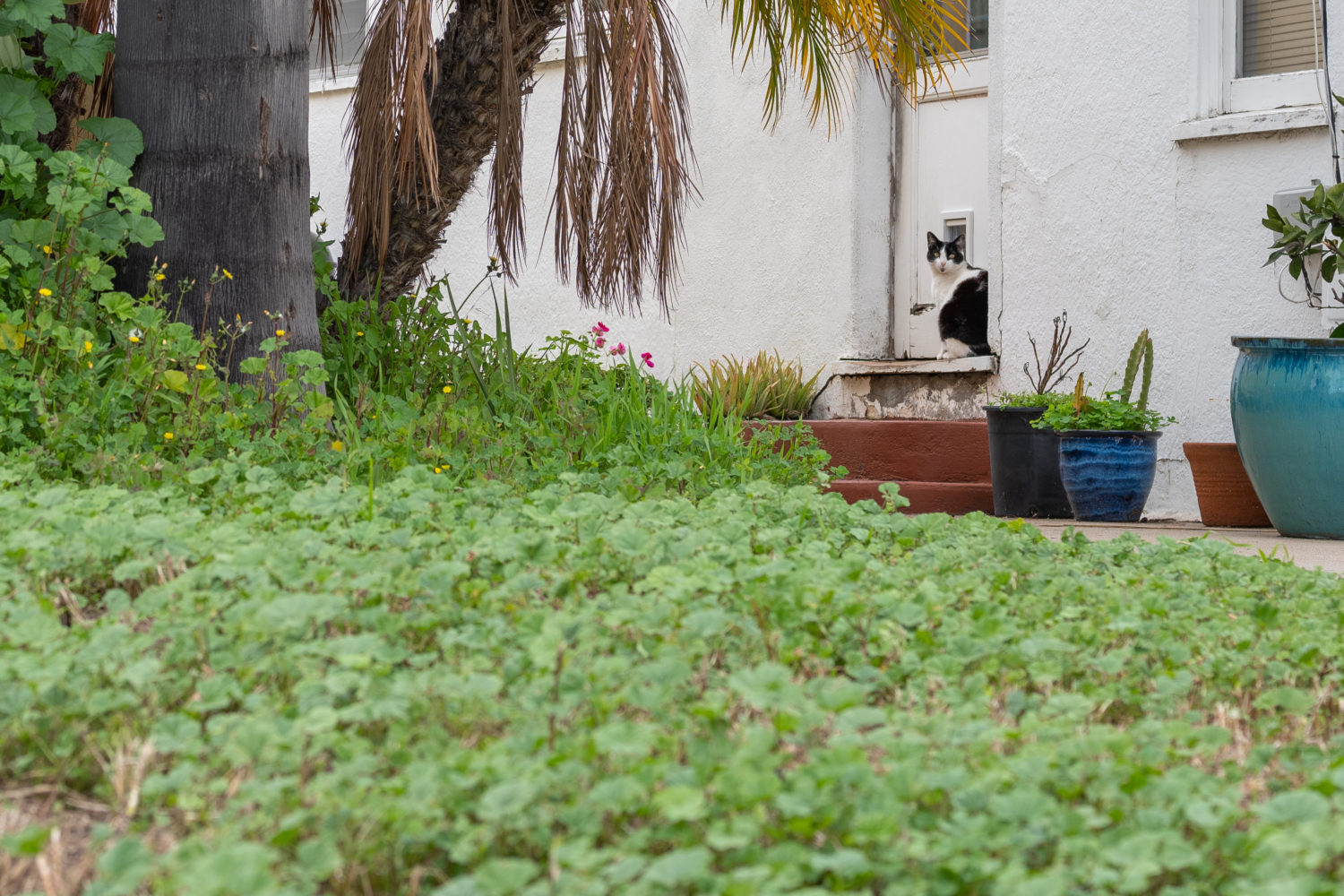 Update, Oct. 17, 2019: Tonight I saw several flyers posted for a lost cat—this one. Luna is her real name,  and she disappeared six days ago. Addendum: About a week later, the notices disappeared, and presumably she was located.