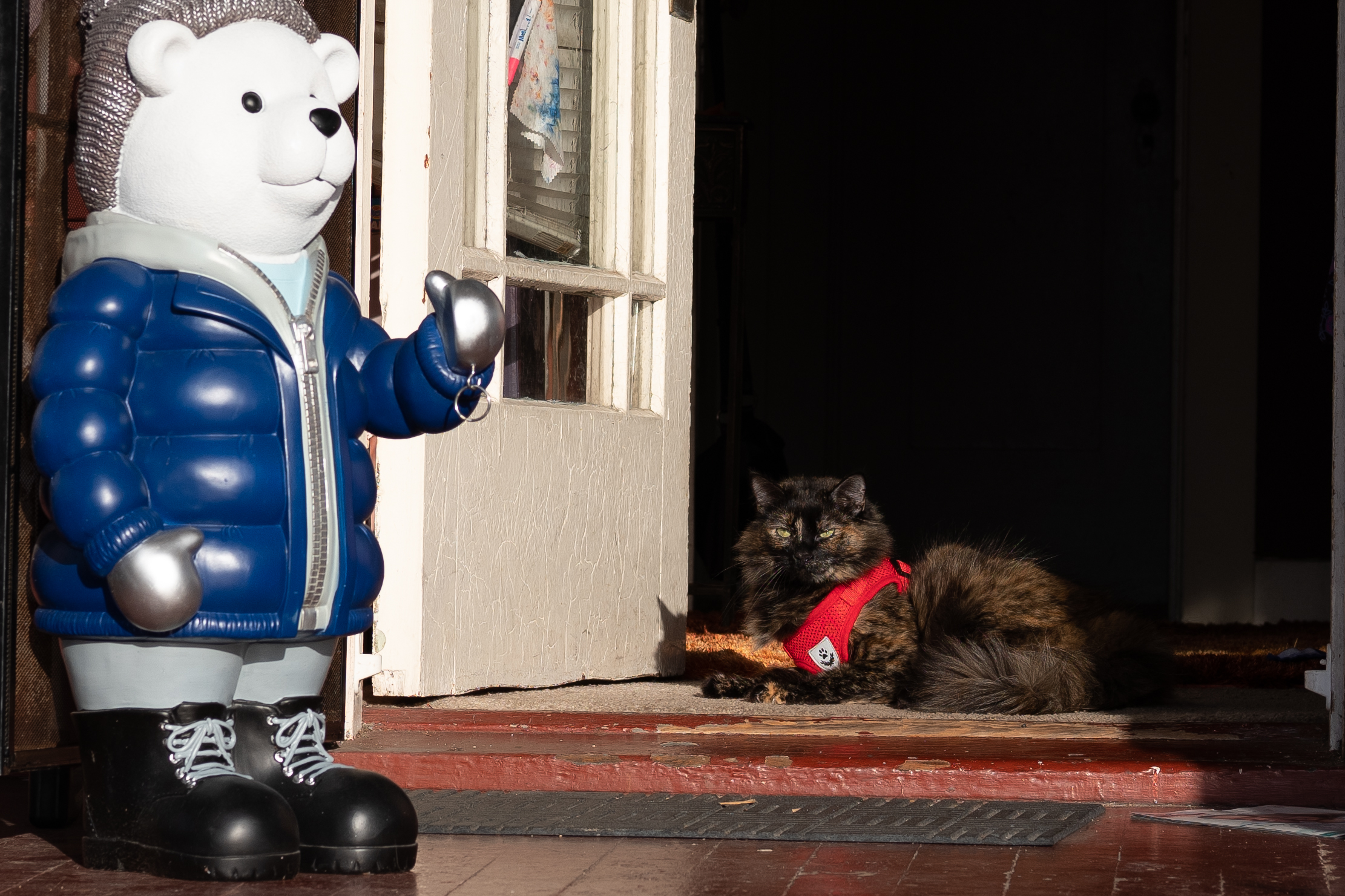 Our second feline, following Jake, in the impromptu harnessed series is Rocky. I had heard about the Tortoiseshell and her house companion more than a year ago. But the 18-month- old rescues were indoor kitties. Yesterday, the owner brought out both for some supervised front lawn romping while wearing harnesses; it’s training for when leashes follow. BTW, unbelievably, Rocky is our thirty-fourth feline from Alabama Street, between neighborhood boundaries Adams and Lincoln.

You will meet Rocky’s buddy Peanut in the next profile. Both are rescue cats, and their adopted mom went with the intention of taking home one (Peanut) but couldn’t leave behind the other when learning that they had bonded while living at the shelter. 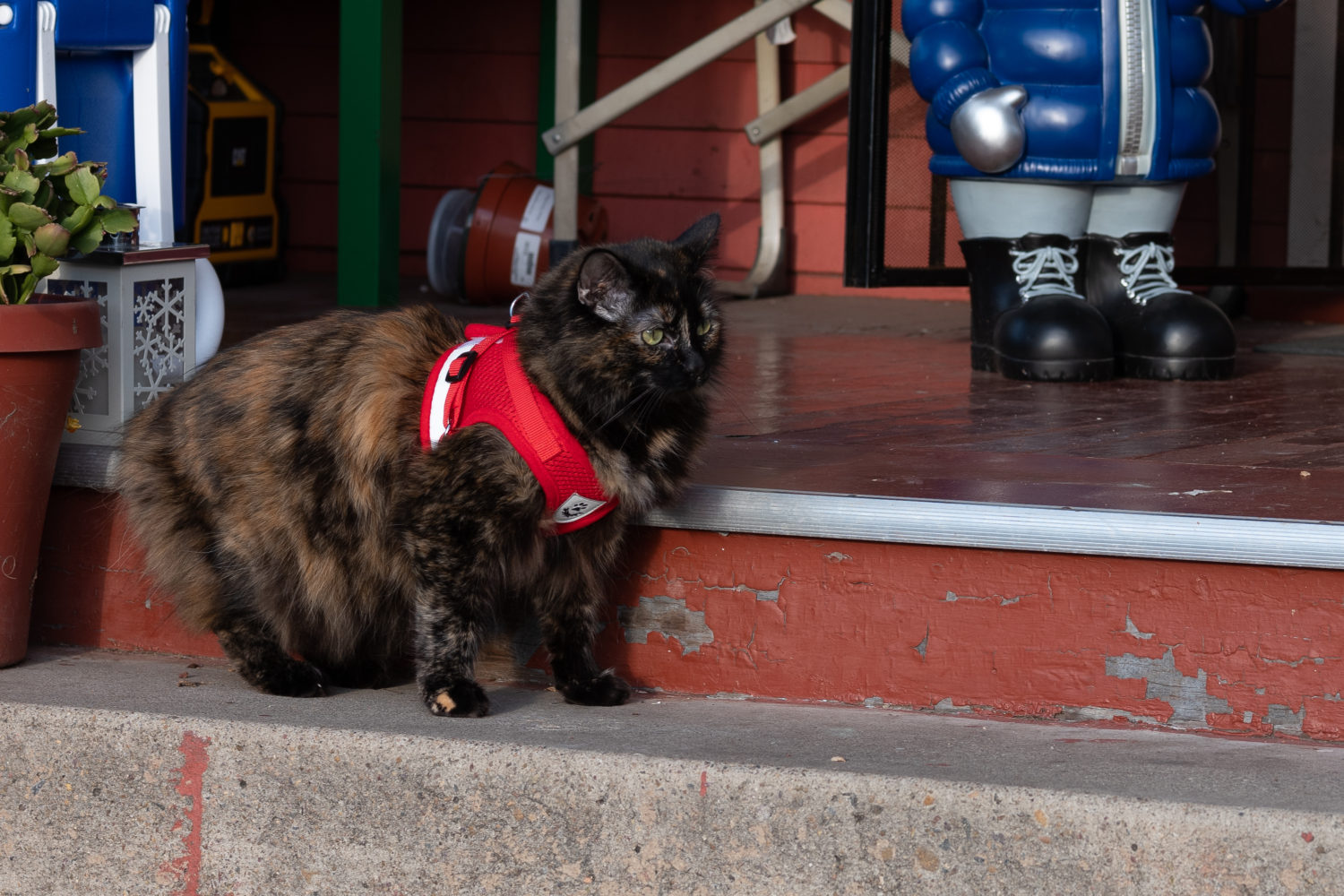