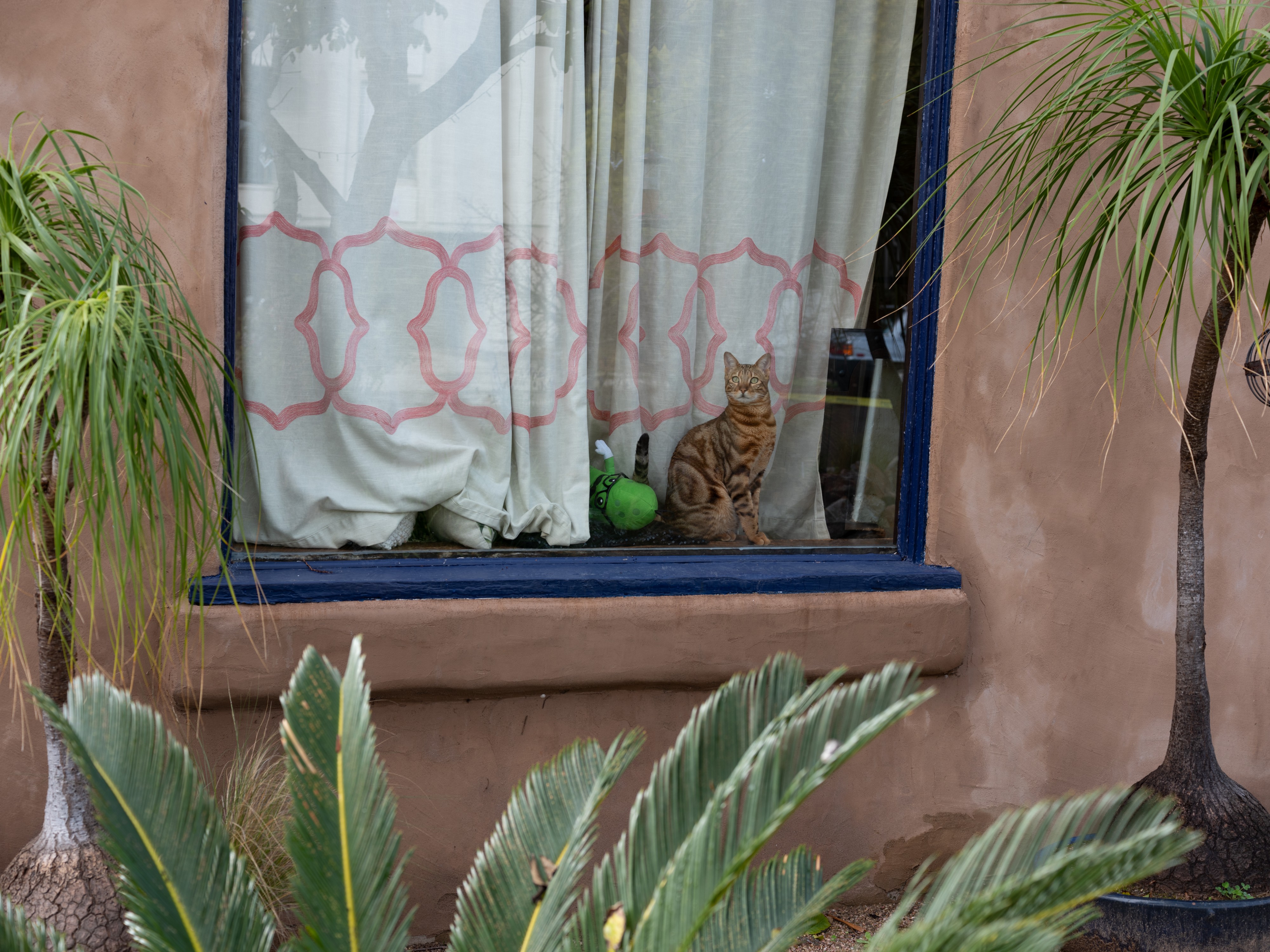 The Alabama parade continues with the third kitty presented consecutively—following Peanut and Rocky—and the thirty-sixth sighted on the street between boundaries Adams and Lincoln since the series started in October 2016. That works out to a stunning 14 percent of profiled felines.

Meet nine-month-old Giotto, whose owners moved into the neighborhood about a quarter-of-a-year ago. I spotted the striking Savannah on March 1, 2019, looking out a bay-style window—making him thirty-ninth captured behind glass or screen. I returned the next day and was lucky enough to greet his caretakers as they left for a Caturday afternoon walk. The couple gladly gave permission to take photos of the magnificent beast, which I did using Fujifilm GFX 50R and Fujinon GF63mmF2.8 R WR lens. 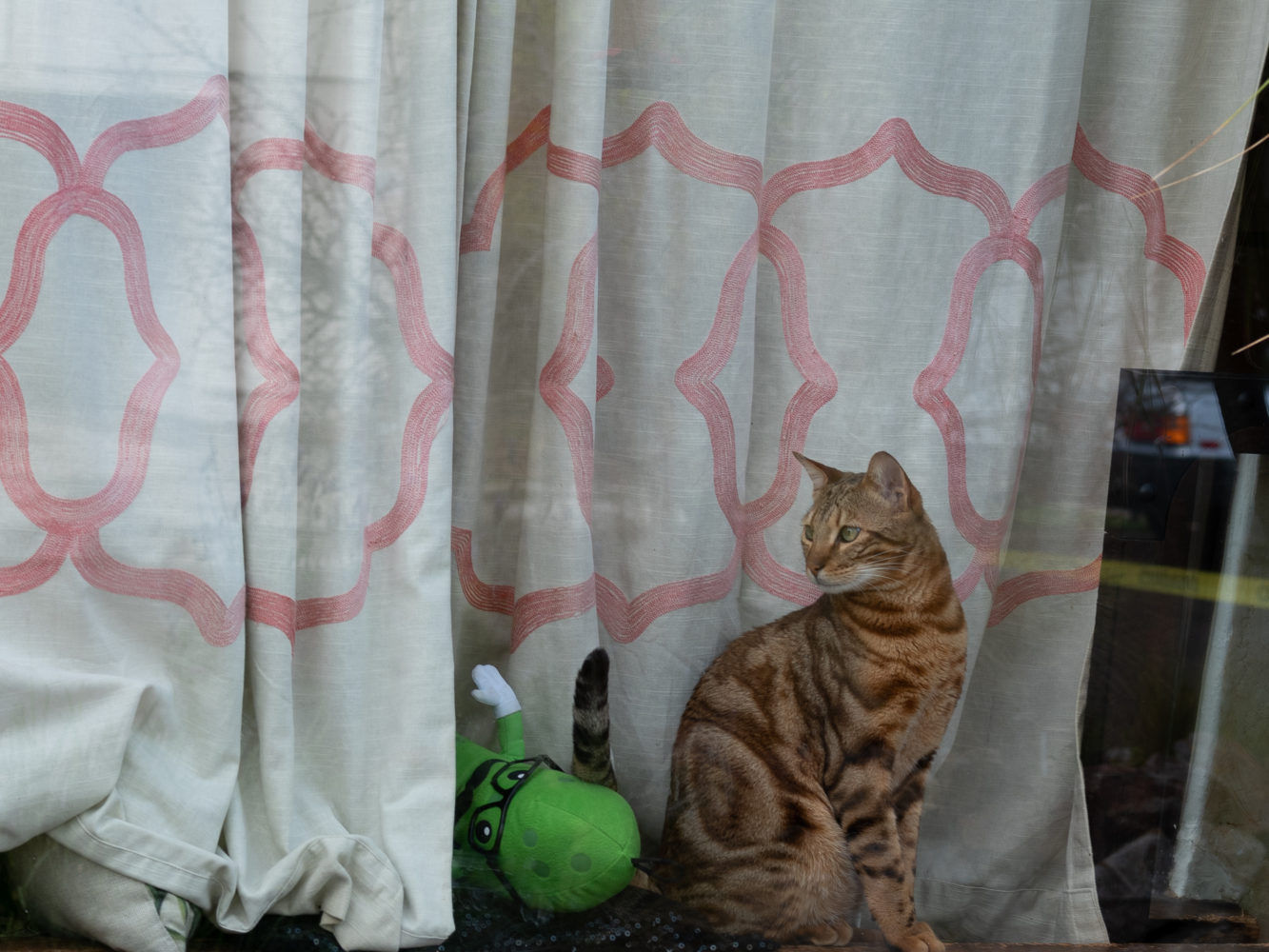 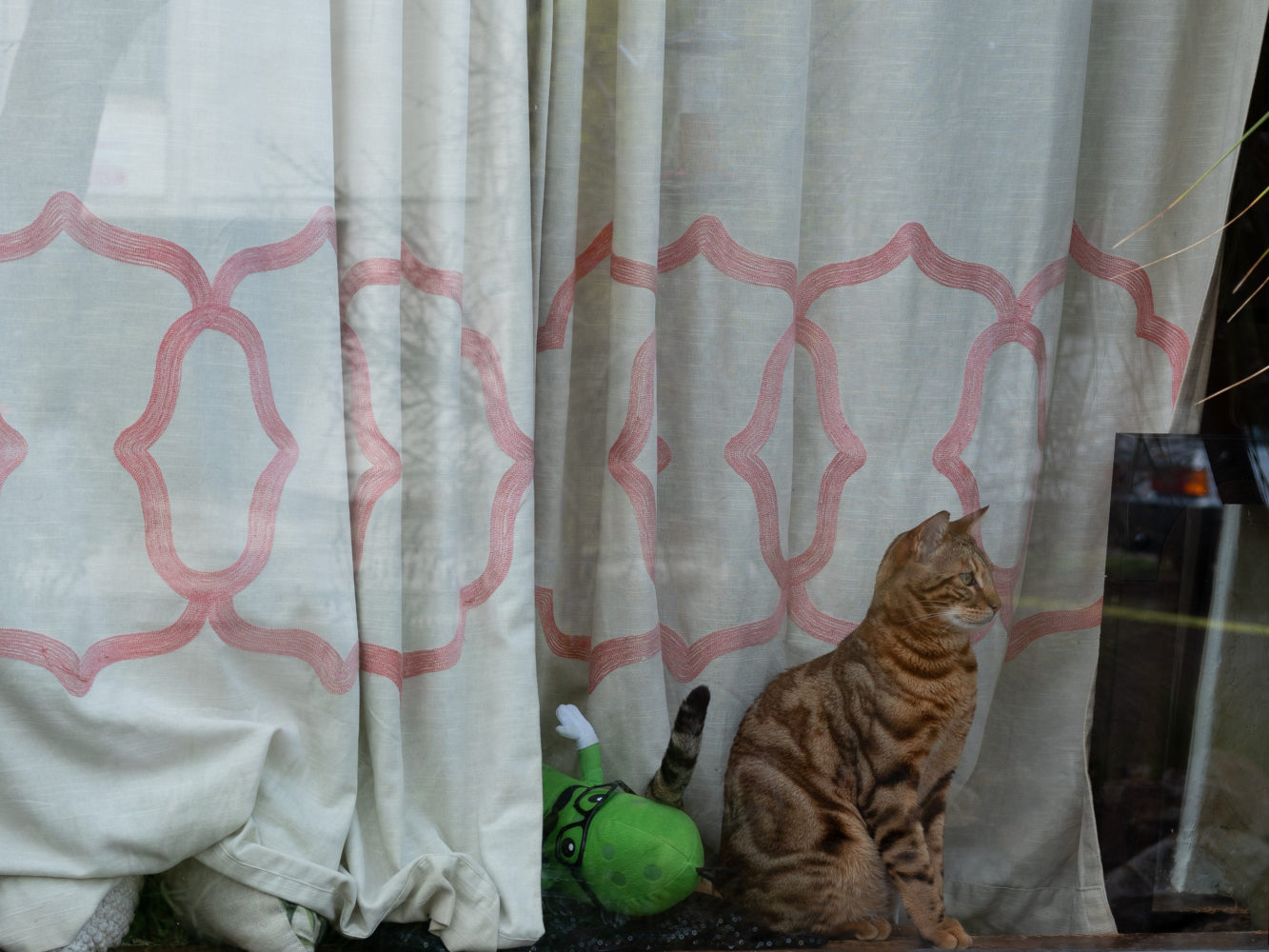 Lilly, Maxie, Storm, and Striker live on the same block, between Madison and Mission.