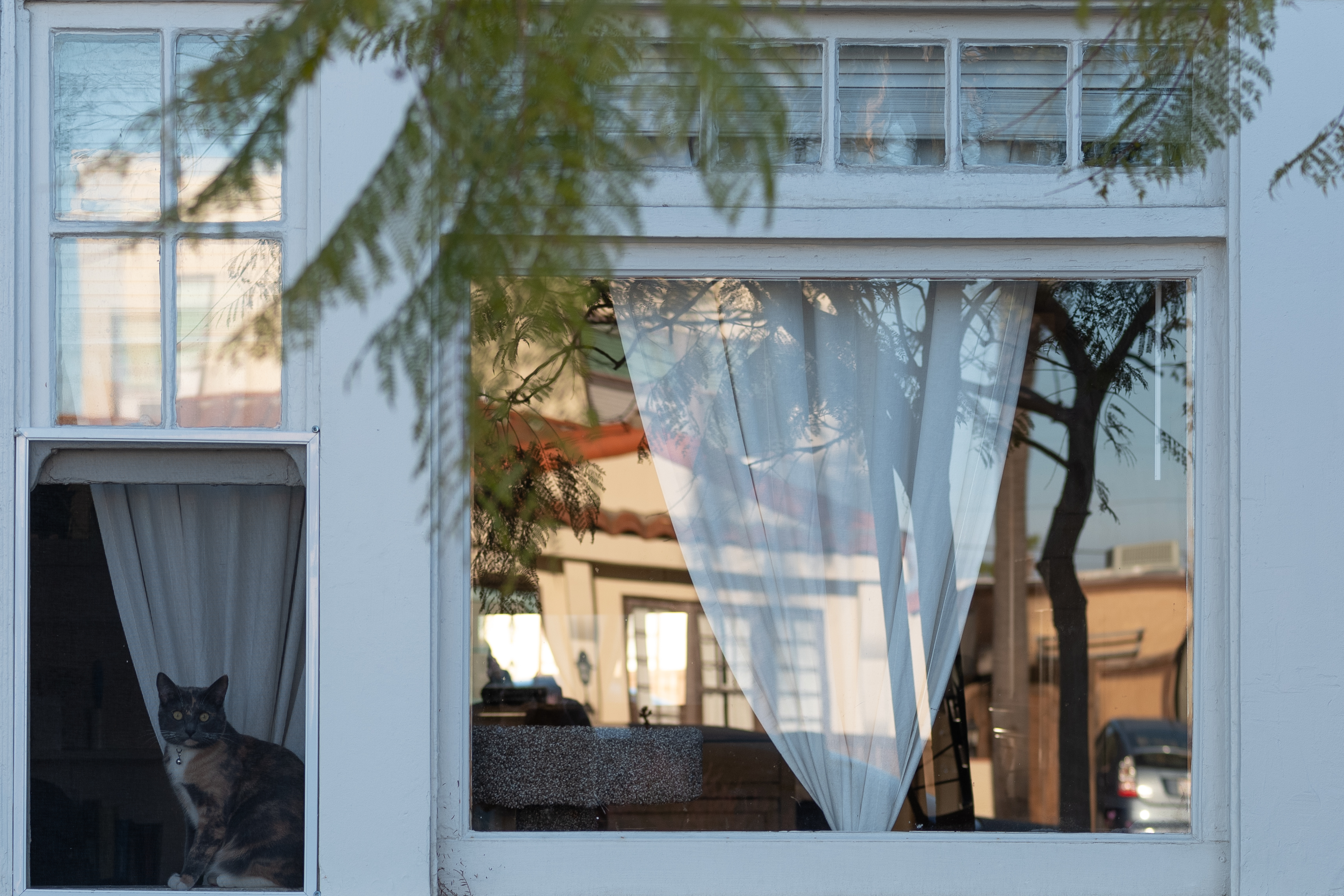 Surely today’s Featured Image, captured using Fujifilm GFX 50R and Fujinon GF63mmF2.8 R WR lens, breaks several composition rules that photographers live by. Our kitty, whom I nickname Olive Oil (for the piercing eyes), isn’t the obvious subject of the portrait even though he (or she) is intended to be. I cropped and edited the pic same day as shot, March 27, 2019, then put it aside. But having not seen the kitty since, and on reconsideration finding modest redeeming value in the dimly-seen Olive Oil nearby the illuminated cat tree, I welcome the Torbie to our series. Vitals, aperture manually set: f/4, ISO 100, 1/150 sec, 63mm; 5:55 p.m. PDT.

Olive, the forty-fourth kitty to appear behind window or door, sits in the same place where was seen Night in early August 2018. Also residing within the same multi-family property, along Georgia near Madison: Luci, Maven, and Peso.

Update, Oct. 20, 2019: I originally nicknamed this kitty Olive. Turns out there is another cat, previously given moniker Snoozy, who appeared earlier in the series, that I have learned is called Olive by her owner. So I tweaked the name, adding “Oil”, to avoid any duplication.