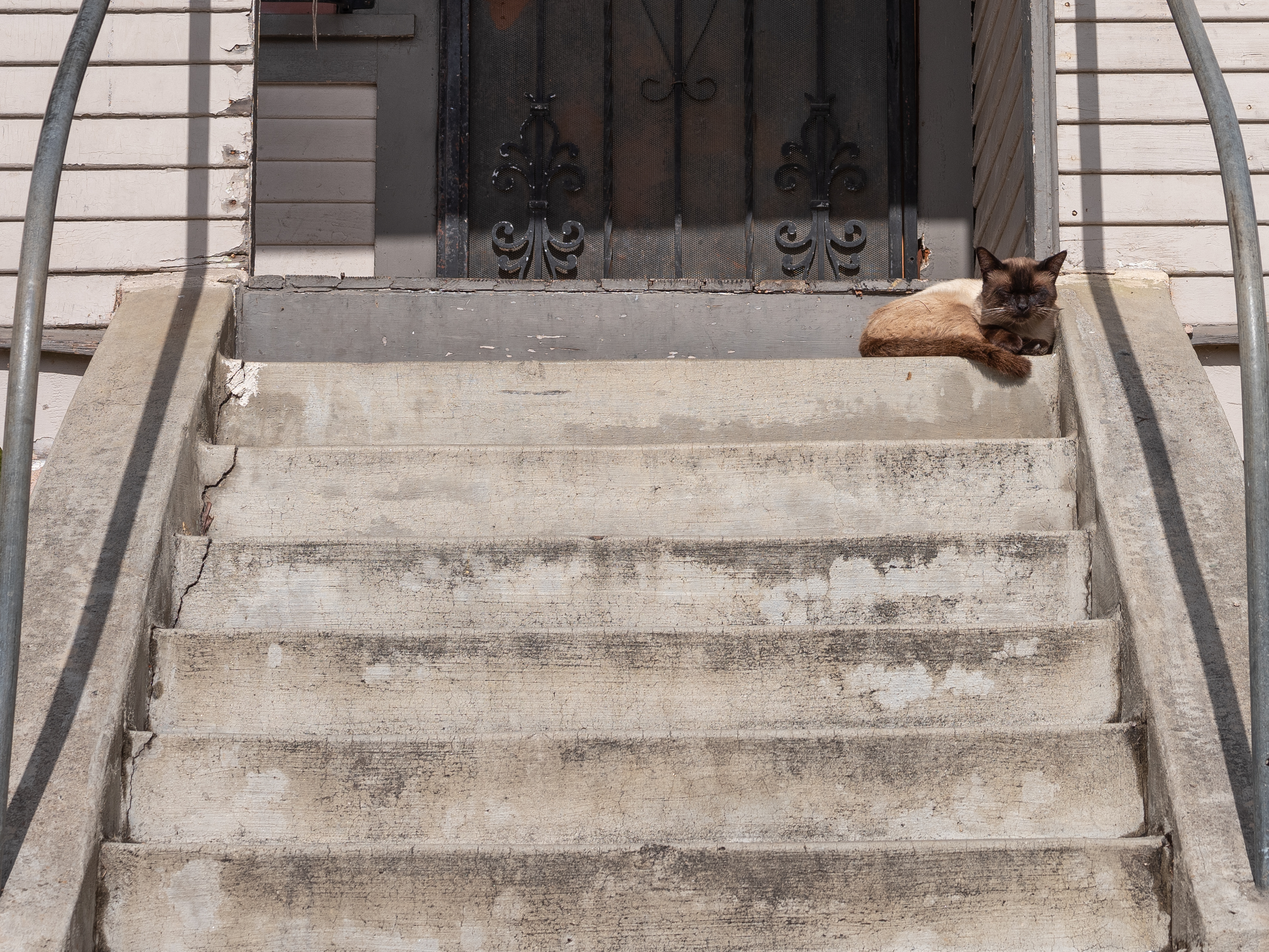 The series has a strict rule that each cat is profiled once. Not surprisingly, with so many like-looking beasties about, sometimes there is uncertainty about identification. For example, had Darth Mew not worn a name tag, I would have assumed he was two different blackies; he was seen on both sides of Texas, which is a dangerously busy street across which I wouldn’t expect to find the same kitty (alive). That brings us to the question of Toasty, who appeared in daylight on the other side of Florida from where I photographed Caddy in twilight. Reviewing the pics, they look different enough to me. But given proximity of the sightings, I could be mistaken. 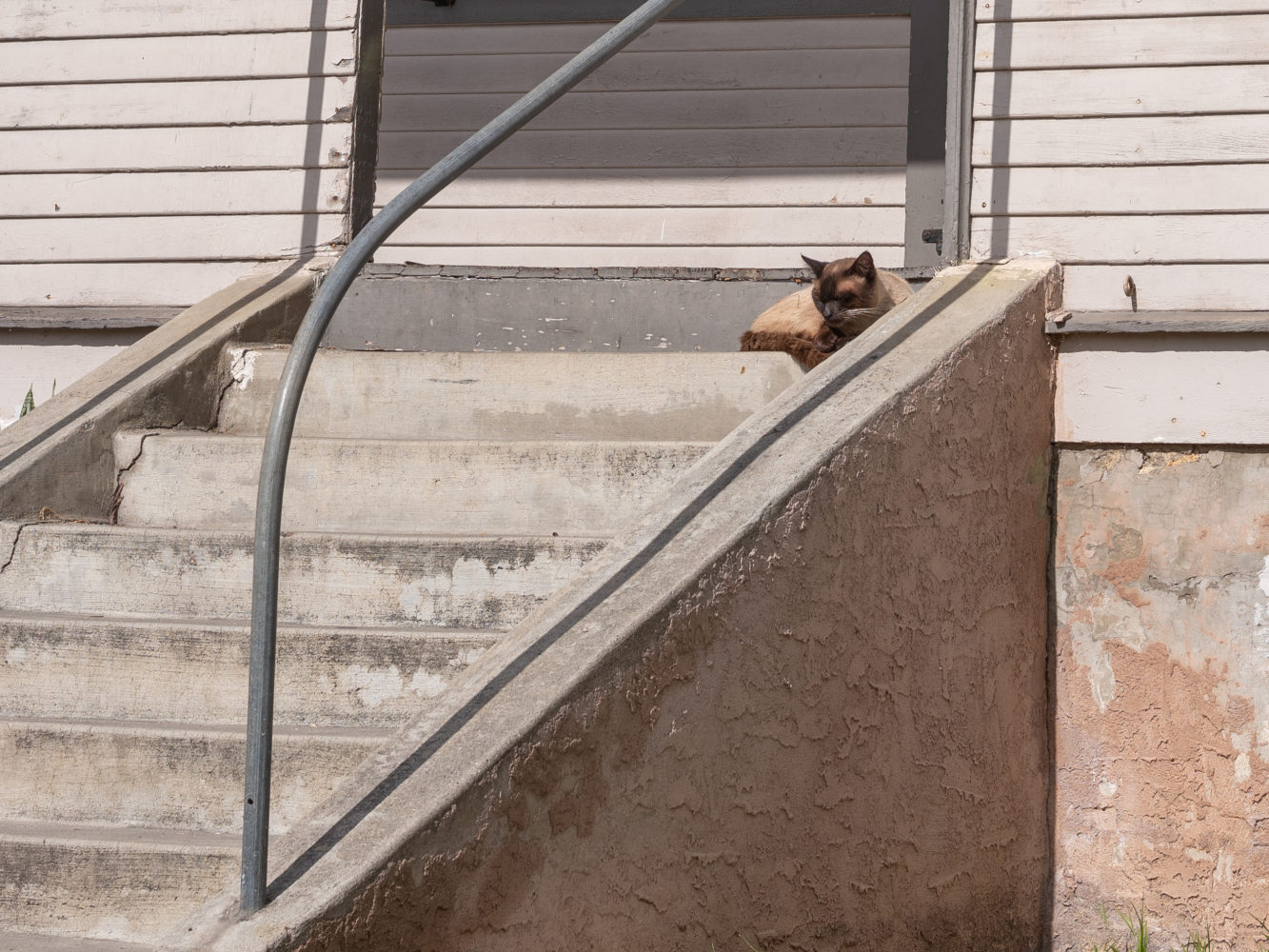