We start the month with a Caturday and lovely surprise. While walking down Cleveland Ave., I came upon a yard sale and familiar faces: The Parkers, and owners of Fess, who disappeared in early August 2017. Even in absence, he remains my favorite neighborhood feline—for cat character. Monkey, who also is gone, and the esteemable—but still with us—Itchy Valentino are close seconds for the same reason.

Fess’ vanishing, which was sudden and unfathomable, devastated the Parkers, who spent long neighborhood walks looking for him—as did I. He will never be replaced—how many kitties jump into the owners’ truck cab to greet them—nor be forgotten. But, about a year ago, time enough had passed: His former family adopted another Maine Coon-blend baby. Please meet Mandy.

Fess was a wild one, who demanded roaming rights and took them by scaling a condo complex courtyard tree to roof and exploration around the block (and others, in his youth). Mandy’s outdoor wanderings begin and end in the gated common area. She has a near-perfect indoor-outdoor habitat, with cat hatch that lets her come and go as she pleases. 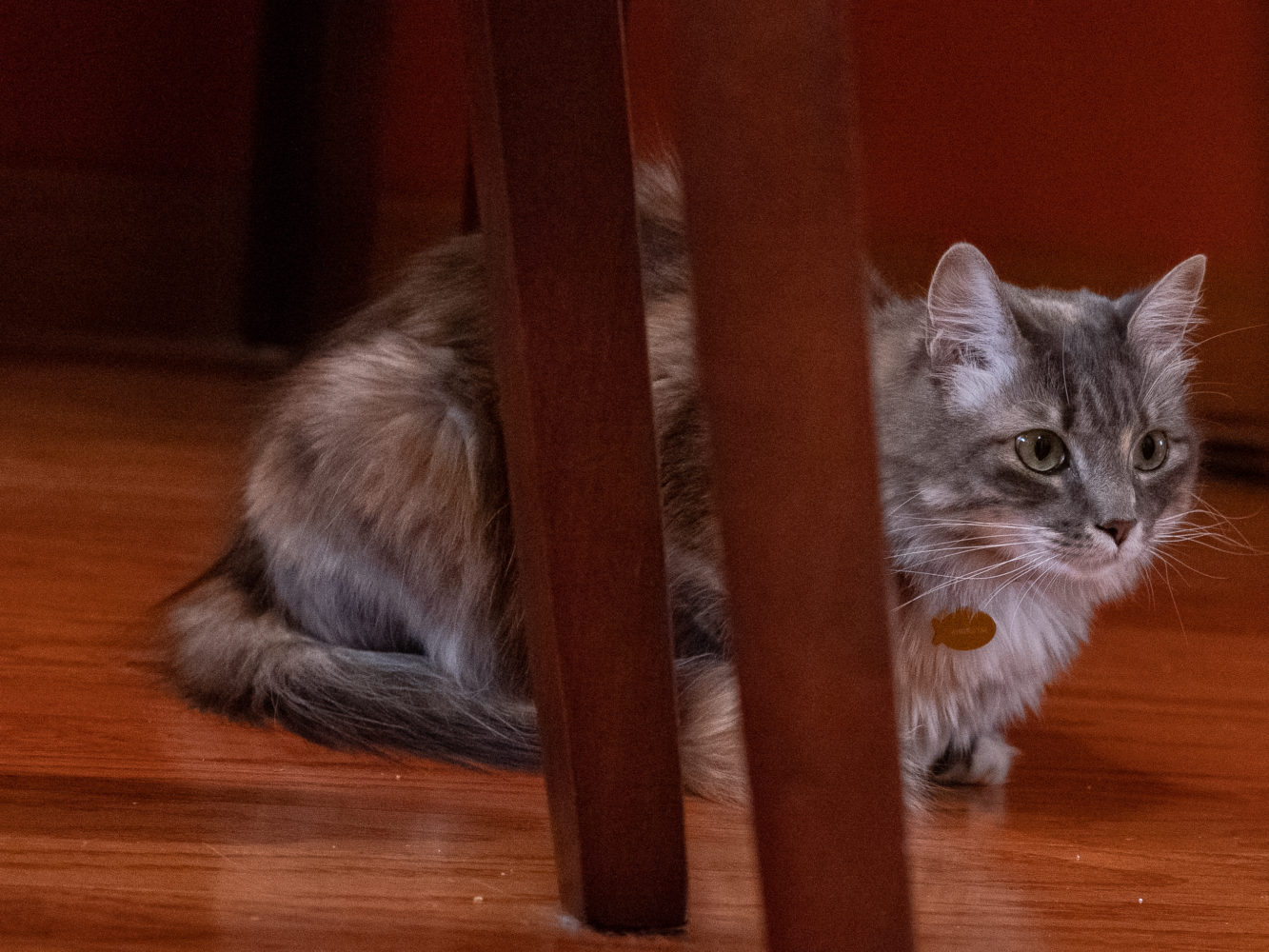 In the early evenings, the beautiful longhair goes into the protected courtyard with her caretakers, with whom she is quite bonded. Mandy sleeps in the bed with her owners. Mrs. Parker says she has not owned another cat who acts suchly.

Mrs. Parker graciously invited me into their condo to visit and photograph Mandy. I captured the Featured Image (warning: 22MB file) and two companions using Fujifilm GFX 50R and Fujinon GF63mmF2.8 R WR lens. The three are crops, and lightly edited. Because of low-light and high-ISO, the portraits are somewhat noisy. Correcting would have overly-smoothed Mandy’s fine fur; I couldn’t do that. 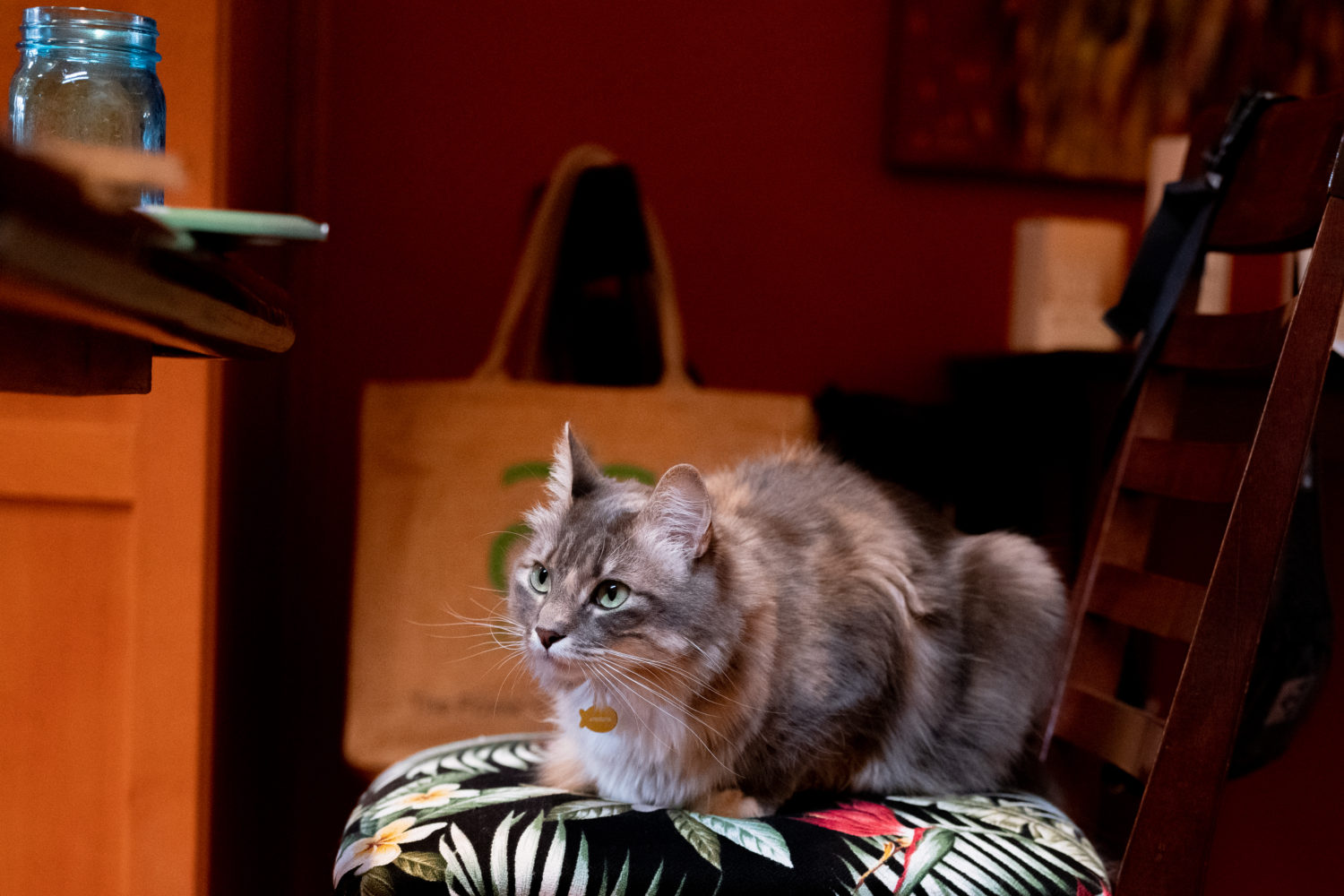