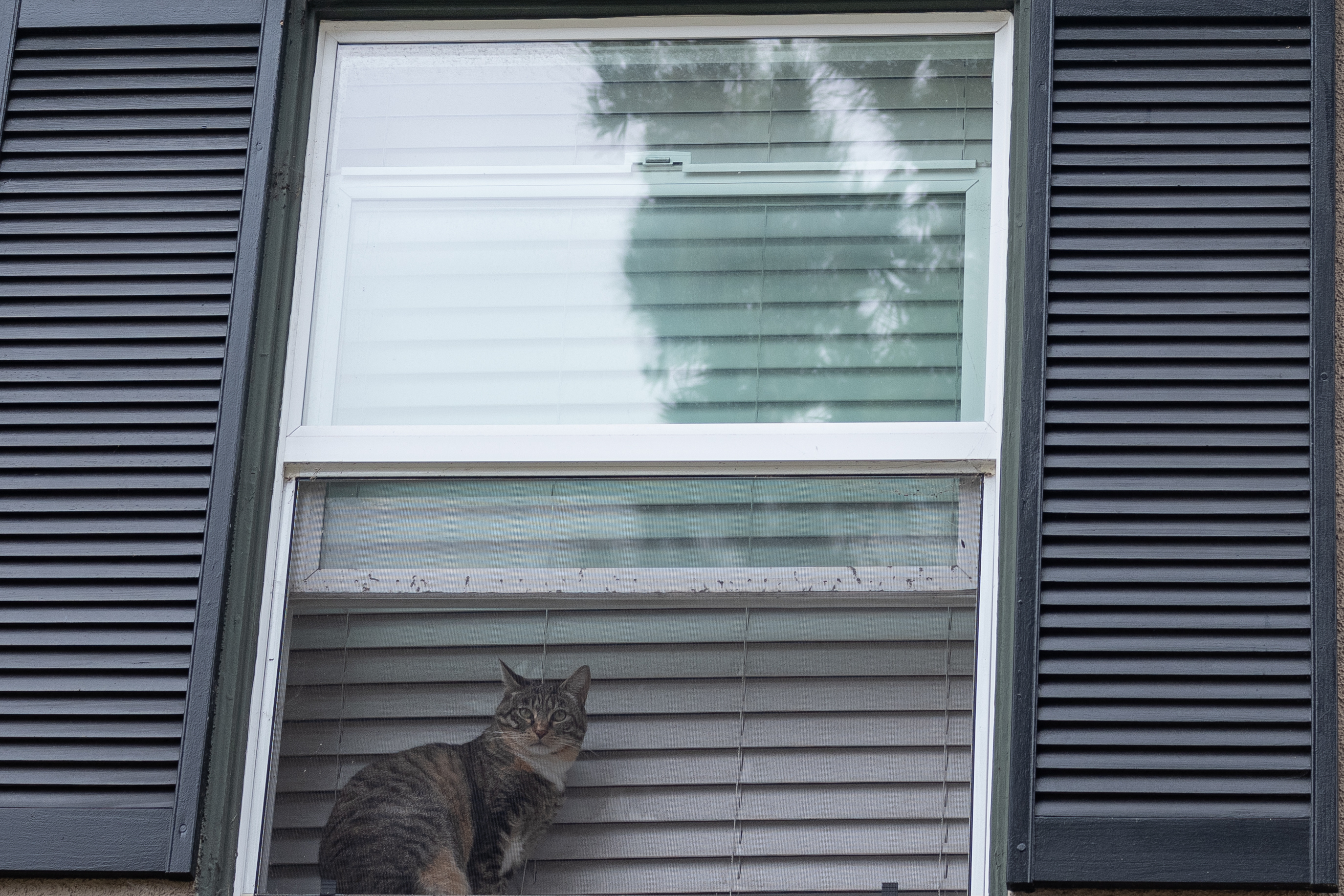 The trip down Alabama continues: Third furball presented consecutively, following Fuki and Boots; fortieth featured from the street, between boundaries Adams and Lincoln; and forty-sixth kitty to appear behind window or door. Besides the next two, there are another half-dozen of which I am aware but have been unable to present; most of those are indoors.

I used Fujifilm GFX 50R and Fujinon GF63mmF2.8 R WR lens to capture the Featured Image on May 8, 2019. I held back posting by several months, hoping to possibly identify the real name. Several cats live in the same building, between El Cajon and Meade, and some owners identify them in the Pets section of social network Nextdoor. But not this animal, or that is obvious enough to me. I can wait no longer. For shining stare looking down from the second floor, this tabby earns nickname Astral. Vitals, aperture manually set: f/4, ISO 100, 1/125 sec, 63mm; 4:40 p.m. PDT.

I hope that Astral is an indoor-only feline. The apartment complex that I mentioned two days ago is at the end of the same block. Alabama along that stretch will almost certainly become crazy congested with cars, starting in autumn, as residents of the 195-unit Blvd North Park leave or return—particularly during morning and afternoon/evening commuting hours.