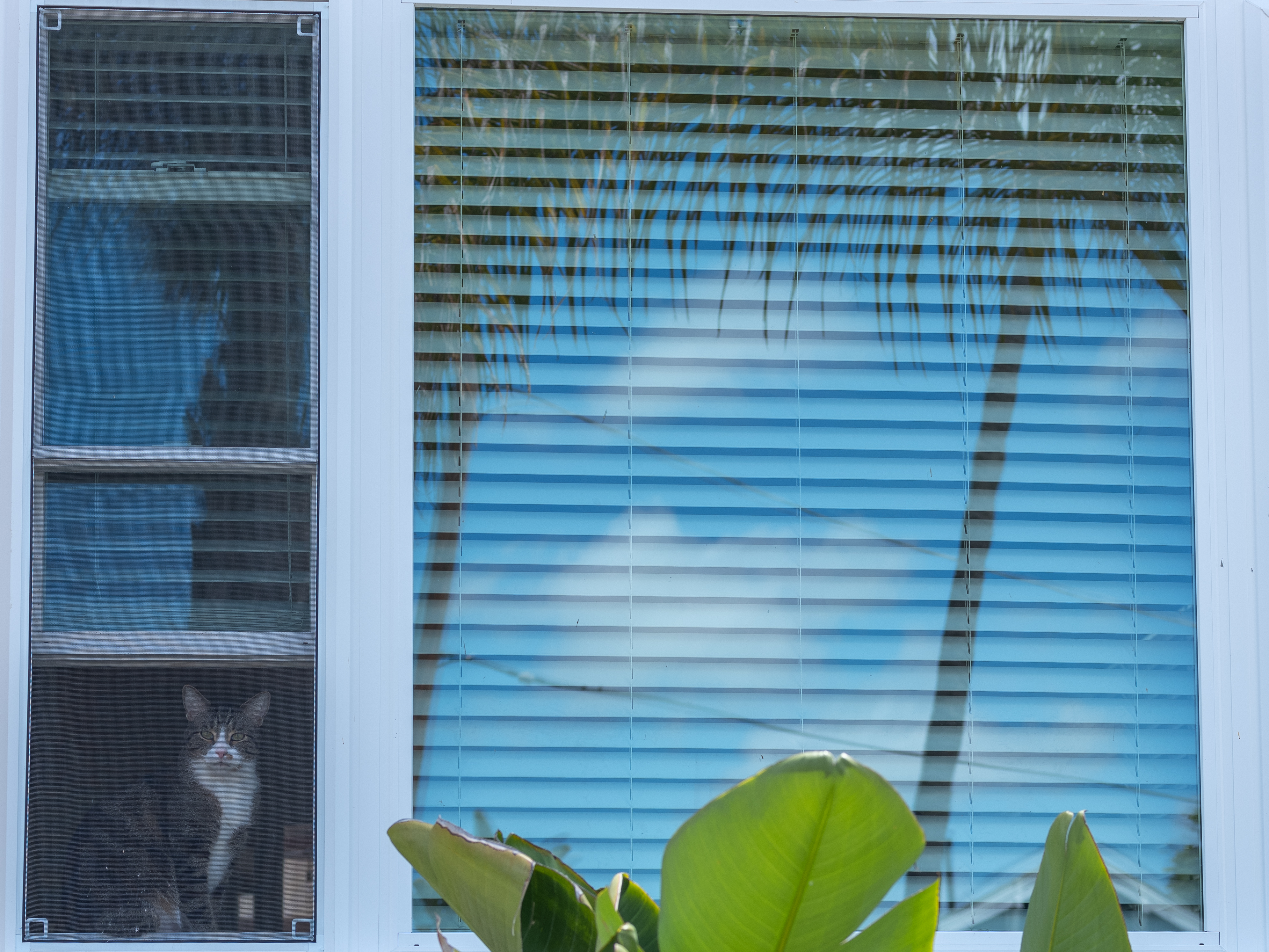 About a half-block from where I saw Glow, a relatively new neighborhood resident lives at the corner of Maryland and Monroe. The house sold to new owners a few months ago, and some renovation followed—including the clearing of sidewalk-side foliage rising up a vertical protective wall along Monroe that obscured the backyard. The space attracted crickets, which until October 2017, during some evenings, I collected for our cats Cali and Neko to chase and eat inside our apartment; at the time, we lived around the corner on Cleveland. With the recent changes, I would be surprised if the insects gather there any longer.

The forty-eighth kitty in the series looking out from behind window or door was a sentimental sighting—for all the time that I spent skulking about the sidewalk and wall in the dark, with a flashlight and couple of plastic containers with lids. Surely, then, I needn’t explain this fine feline’s nickname.