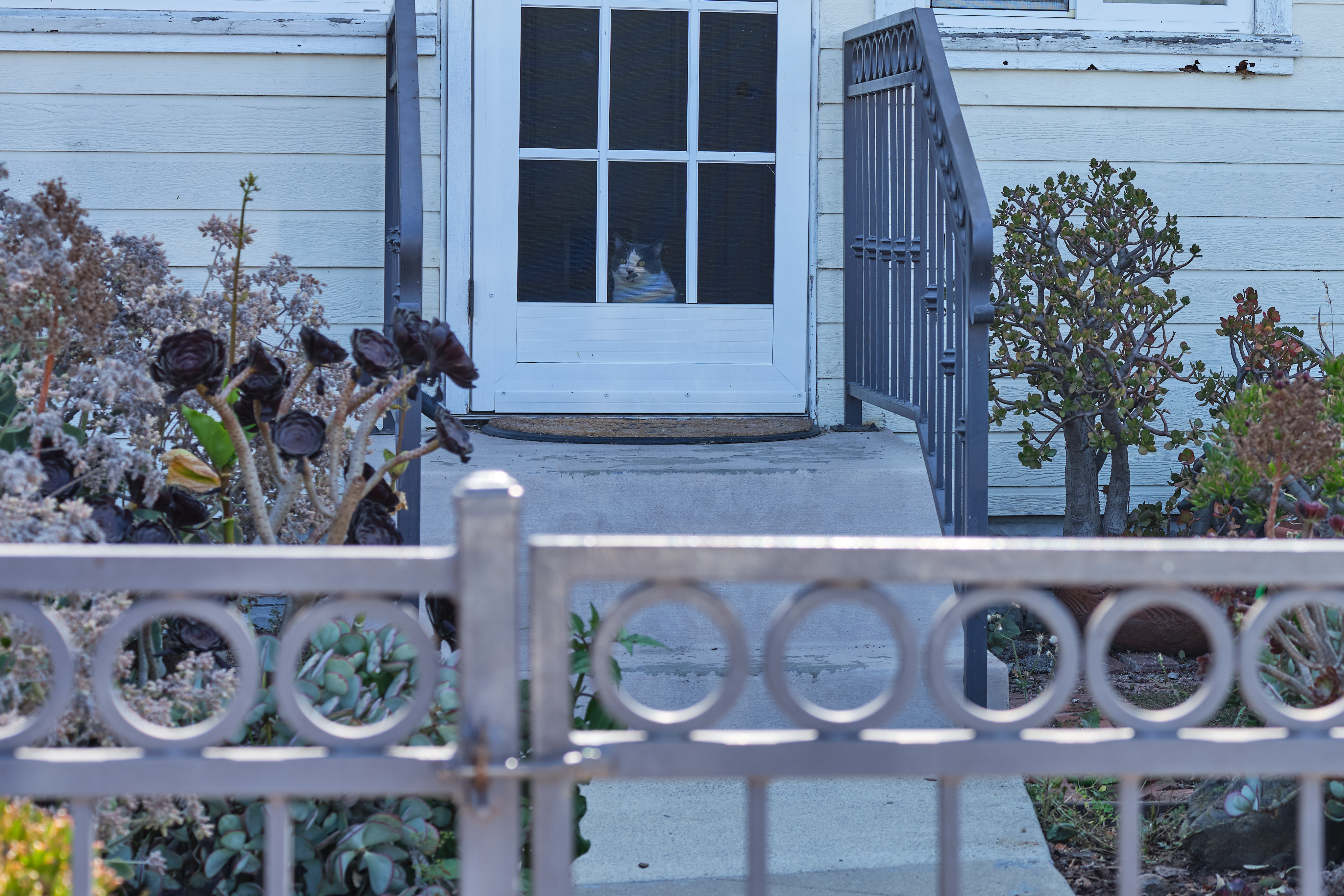 Our landlord is imposing a 4.1-percent rent increase, about which we gripe but probably shouldn’t—given that the 2-bedroom trend in San Diego is a ridiculous 16.6 percent. Timing is opportunity to reconsider options, so my wife and I are exploring them. One of the initially more appealing apartments is on Cleveland, south of Meade, and would reduce our yearly housing cost by $3,000. In the online listing’s photos, a cat approaches the back door. Annie and I saw the fluffball waiting at the front door, seemingly greeting us, as we walked by the place on Aug. 4, 2019. Assuming that the animal’s owner likely will leave the neighborhood soon, since the apartment is supposed to be available on September 1, I pushed the profile ahead of others.

Once again, I used Fujifilm GFX 50R and Fujinon GF63mmF2.8 R WR lens to make the moment, which required some careful editing and thoughtful composition. Initially, I cropped so that the door and windows could be seen, which put the feline low down. The Featured Image is somewhat disrupted by the foreground fence but works better by bringing the beastie more to eye level, which—for want of a better word—creates more immediacy. Vitals, aperture manually set: f/5.6, ISO 100, 1/125 sec, 63mm; 10:11 a.m. PDT.

Our forty-ninth kitty in the series looking out from behind window or door earns nickname Misty. The apartment and courtyard on which he, or she, looks out will soon be a wisp of memory. Meanwhile, the animal’s caretaker(s) might get misty-eyed looking back on the time living in the place. For us, savings aside, Annie and I could see—without ever going inside—that the one-bedroom flat would be too small for us.