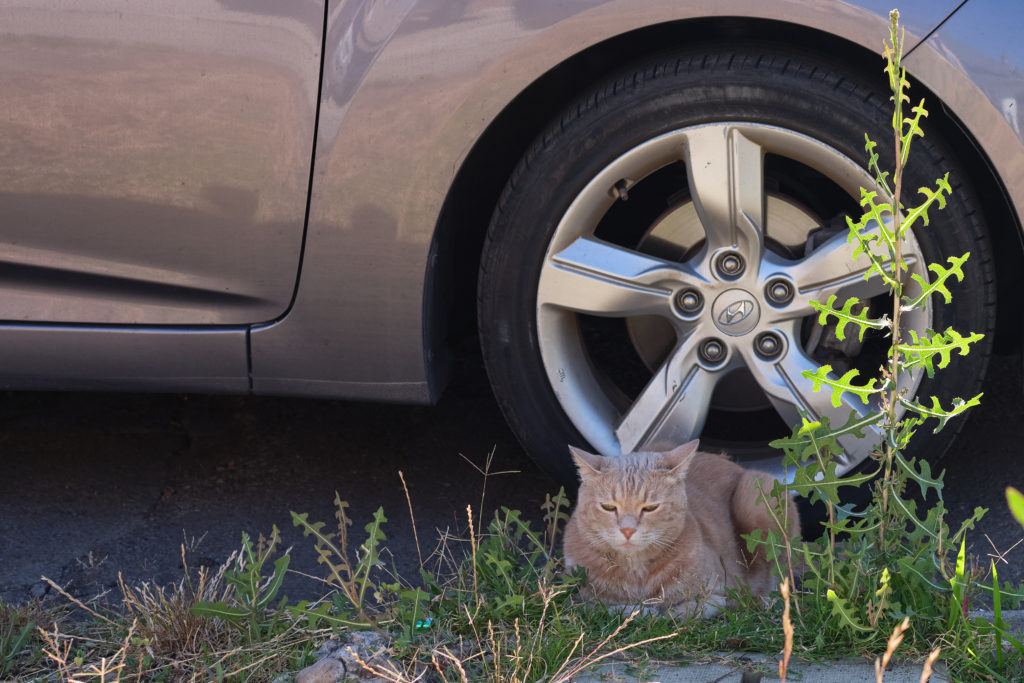 This profile breaks a steadfast rule: Only spotlight felines that live in the neighborhood; those that move away or pass away are ineligible from participating in the series. Problem: The ginger was a resident when I captured the Featured Image, on July 19, 2019, using Fujifilm GFX 50R and Fujinon GF63mmF2.8 R WR lens. His family relocated before I could clear enough of the backlog of photographed, but unpublished, kitties.

Because the beastie was frenemy with Zero, and is missed by the black, he earns exemption and nickname Hero. He lived on Georgia, between Madison and Monroe, in an apartment building across the street from Zero and the new home of Reddy, whose current caretaker has renamed Jinx. Photo vitals, aperture manually set: f/5.6, ISO 100, 1/240 sec, 63mm; 3:54 p.m.

I had planned to end the series on its three-year anniversary, but in the week that followed previously featured cats not seen for years suddenly reappeared—like they were coaxing me to continue. Bonded Pair (10/28/16), Charlie, Too (9/27/17),  Cozy (11/8/16), and Season (10/11/17) are among those seen during the past seven days.