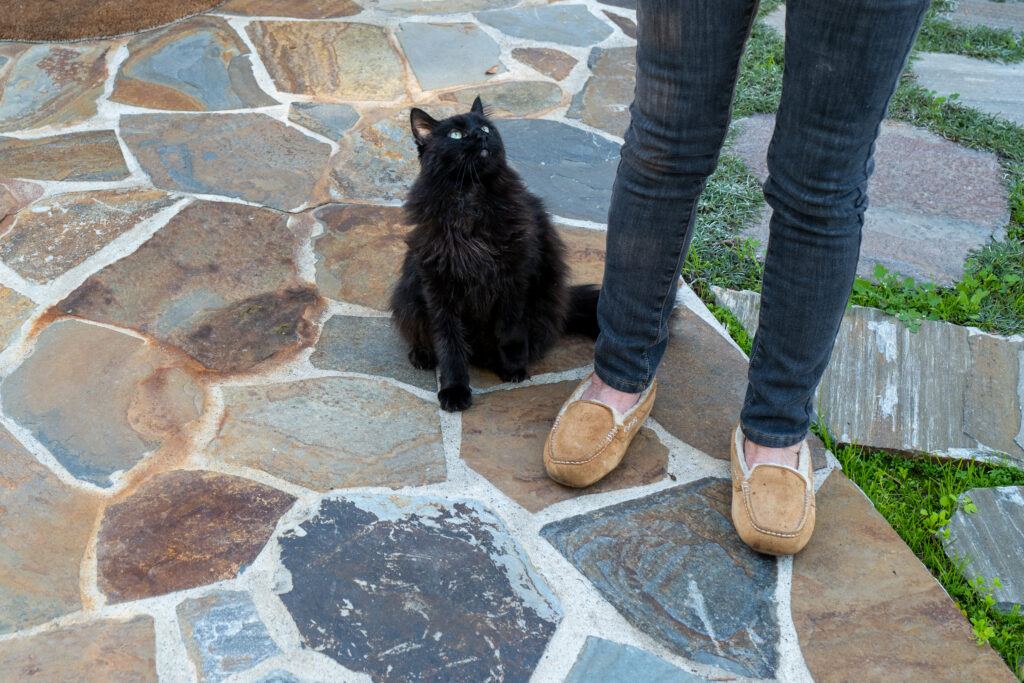 Look who has a new neighbor: Lily and Maxie. I have seen Storm, once on the same block, while Giotto and Striker have moved away. But we count them anyway when introducing the forty-sixth sighted Alabama Street kitty. I met 12 year-old Petri and his delightful owner on Jan. 17, 2020. They moved to the neighborhood around Thanksgiving, after driving across America: Three days on the road, and the feline behaved bravely all the way.

The Featured Image, captured using Leica Q2, deserves some context. Petri’s mom and I talked for many minutes while he hung back by the front door. Later, when he ventured out, she asked if he would like some supper. Surely she has posed the question previously, if his reaction indicates anything. Vitals, aperture manually set: f/3.5, ISO 125, 1/50 sec, 28mm; 4:02 p.m. PST. 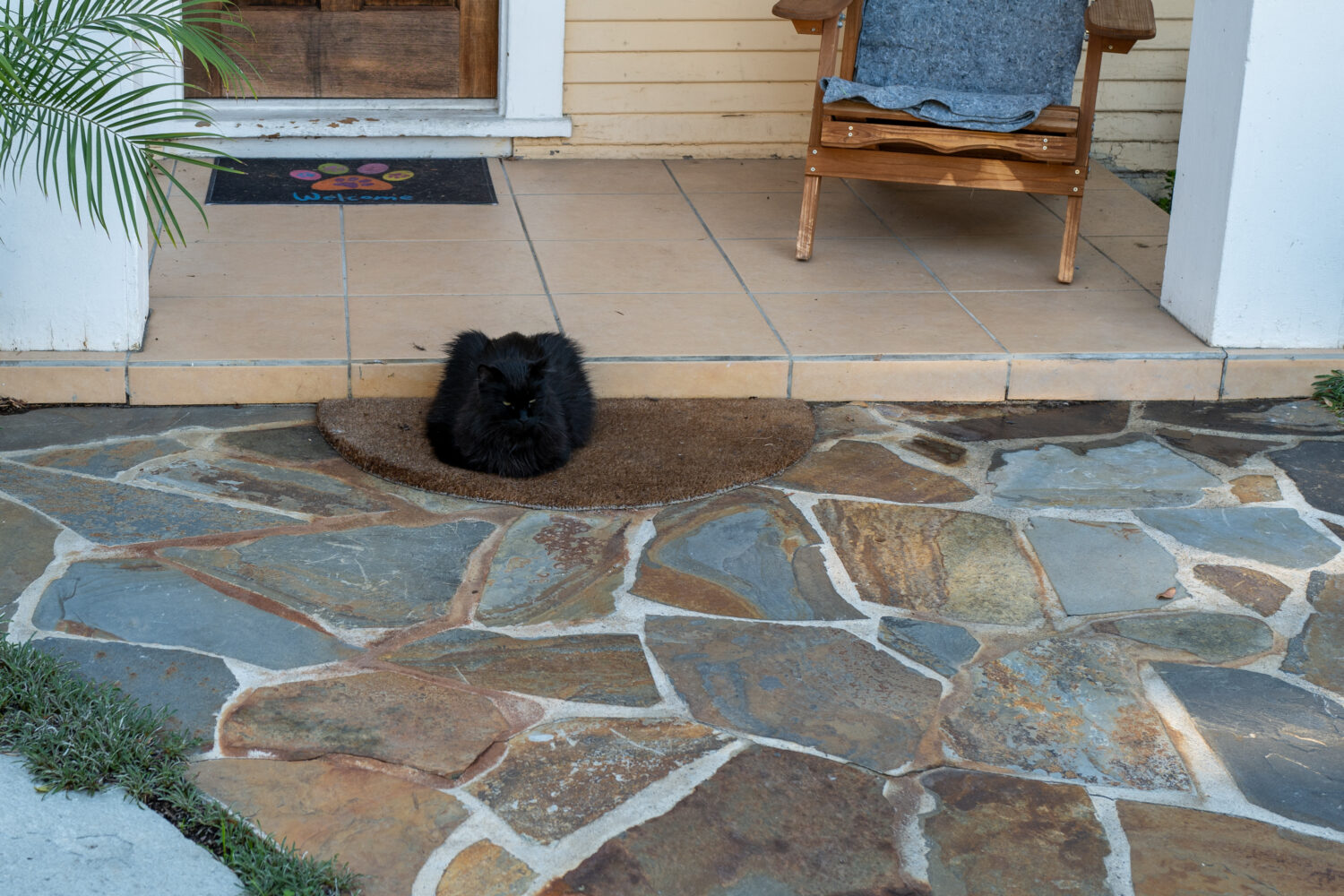 He is adapting surprisingly well to the cross-country change—and it’s not the only disruption. His sister and doggie housemate succumbed to different diseases within recent months. Petri, also called Peter, hasn’t yet exhausted his nine-lives, looks like—all while aging with handsome dignity and loyal vigor. Say, are those grey hairs that I see?