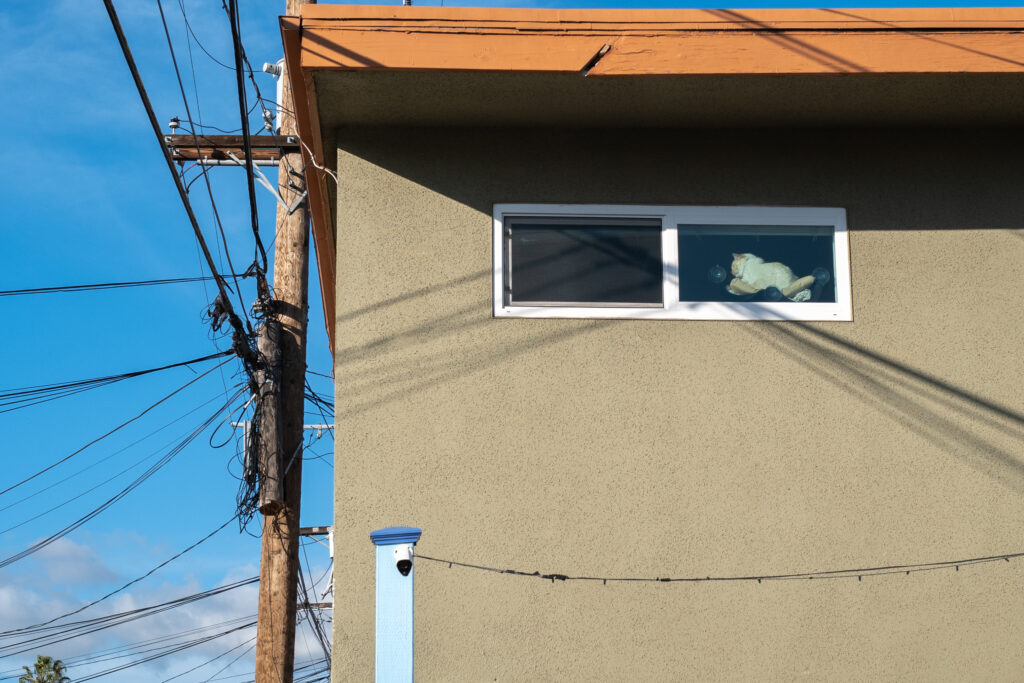 Along most sidewalks in the neighborhood, trees—the majority palms—line the streets. Telephone poles, and their accompanying tangle of above (or below) ground wires, are relegated to alleys behind. The fifty-forth feline found behind door or window illustrates just how ugly and knotted the high-wires can be. There’s a metaphor here somewhere about California culture’s obsession with all things pretty and manicured being a facade for frightful chaos within.

On Jan. 17, 2020, using Leica Q2, I captured the Featured Image of this sleeping, sunning beauty in the alley between Georgia and Park Blvd. First sighting was weeks earlier, however. I waited for the kitty to nap during a time of day that provided maximum illumination with minimal shadows. Vitals, aperture manually set: f/5.6, ISO 100, 1/640 sec, 28mm; 3:15 p.m. PST.

The portrait is purposefully cropped to primarily show the second floor window, without too clearly identifying location, which (unfortunately) robs you of valuable visual alley context and perspective so that I can preserve the pet owner’s privacy. 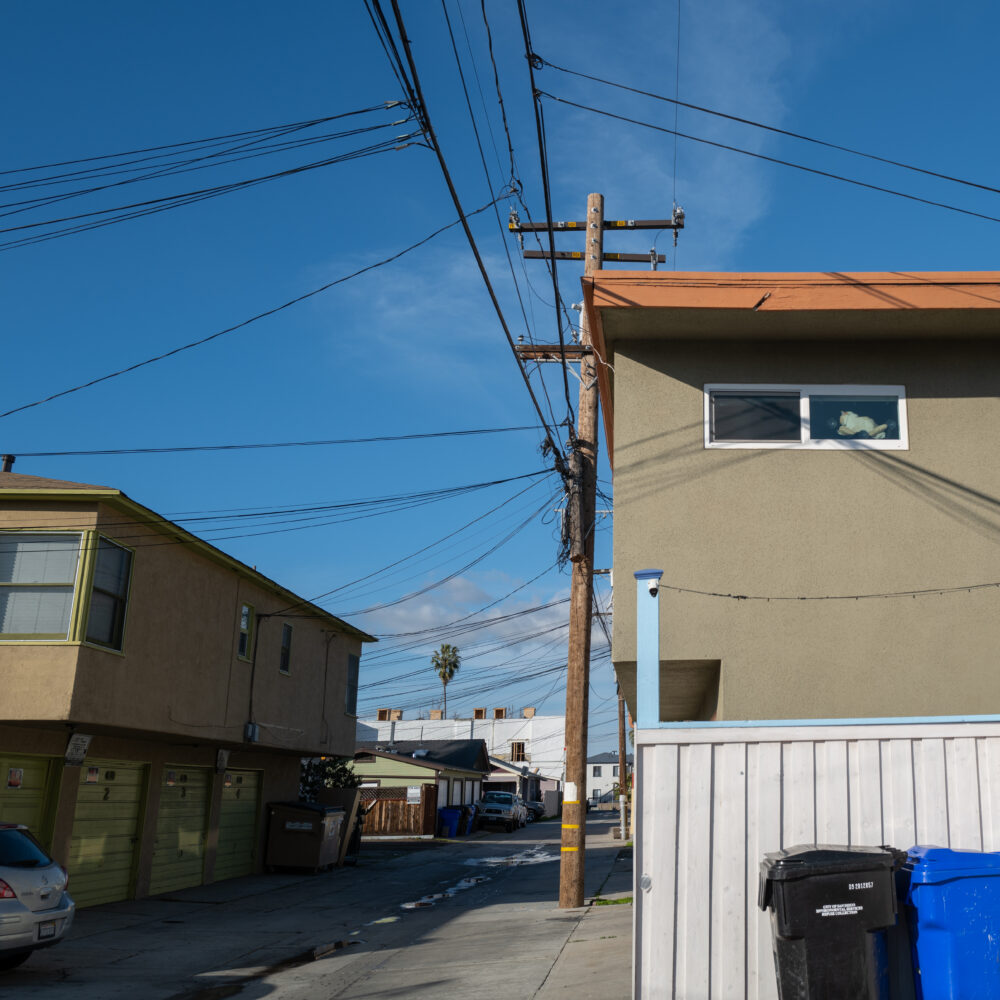 After re-examining the two photos taken, I decided that the first could be cropped to remove the most location-identifying features. Vitals are identical to the main portrait, but they are separate—captured seconds apart.

One thing remains: Nickname. I choose Buttercup, for the buttery-texture of the fluffer’s fur and the suction-cups stuck to the glass.