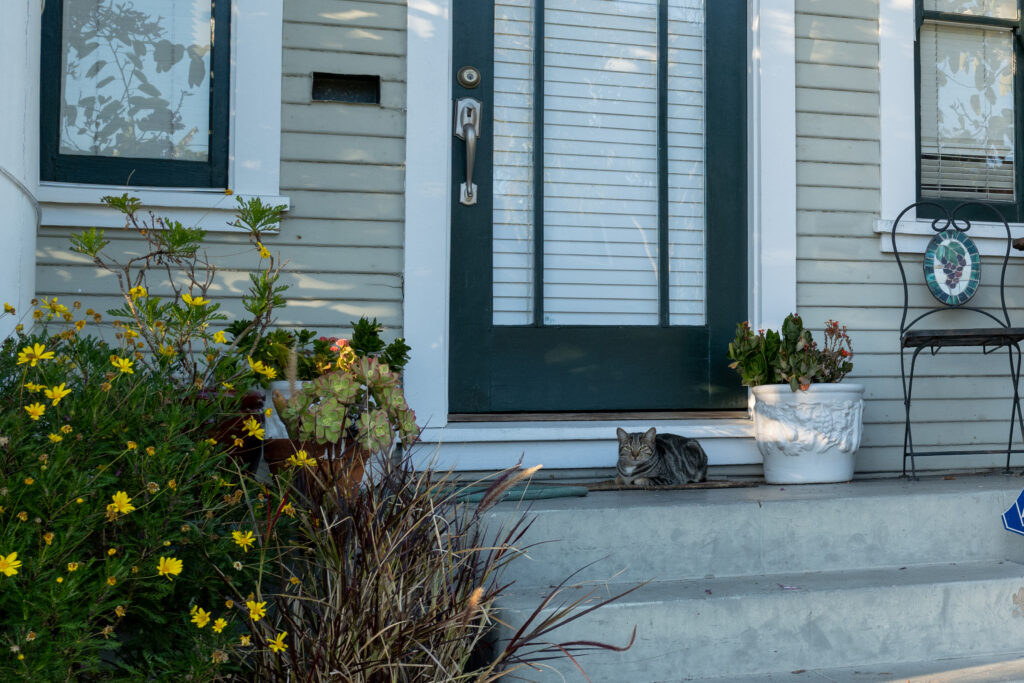 Late afternoon of the 16th, glowing in the promise of our lucky find during a Sunday morning walk, I headed home from my third exploratory jaunt—traversing the streets around and alley behind to get sense of the new neighborhood. Going down Meade, almost to Arizona, which is one block beyond University Heights’ boundary at Texas Street, a doorstep tabby waited. The shorthair’s nickname fits the mood and hope of the day. Maybe Monday sighting would have been Regret, rather than Promise.

Update, Feb. 20, 2020: Promise is the right nickname after all. We gave the rental another look, and the landlord gave us another chance, despite our bailing on him three days earlier. Kitchen remodeling caused the foul odor, which is gone. The other concerns are offset by the residence’s relevant benefits—although Cali and Neko will have much less out-the-window entertainment from the second floor.

The series surely will end sometime soon, since the Wilcox’s will not longer live in University Heights. But that’s topic for future posts.

Update, Feb. 28, 2020: We were supposed to sign the lease and receive the keys today, but problems arose yesterday that left a rift between us and the landlord. We won’t be moving and are left wondering how much of our deposit and first months’ rent will be returned.