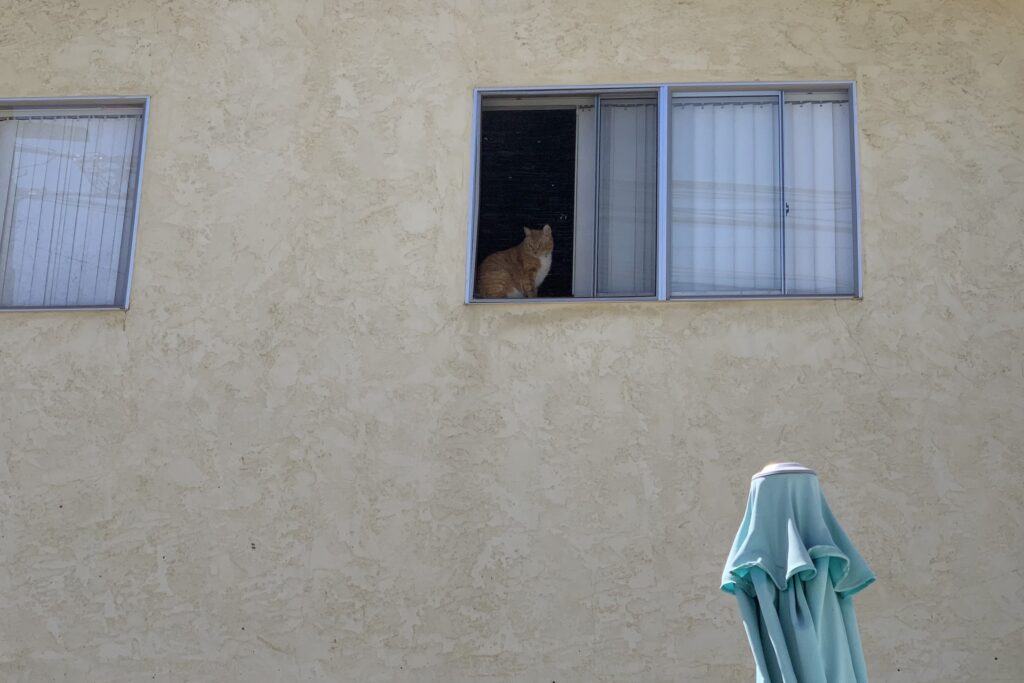 Walking outdoors is challenging, with so many businesses shut down, and, as such, a large number of San Diegians trying to “shelter in place” but, understandably, going out with their dogs or to grab some fresh air/exercise. The other order for the SARS-CoV-2 (severe acute respiratory syndrome Coronavirus 2), also known as COVID-19, pandemic: “social distancing“, which for the Wilcox family means mostly walking in alleys behind streets, where fewer people go and making space from them is much easier than would be along cramped sidewalks—or even stepping into bike lanes.

Unsurprisingly, I am discovering a fresh batch of indoor kitties looking out onto the alleys. That brings us to the third consecutive feline that is behind window or door and was seen along/behind Alabama Street—sixtieth and forty-ninth, respectively, for the series to date. On March 22, 2020, I spotted the cat on the stretch between Madison and Mission.

This handsome tabby earns nickname Tang, because of color—orange, like the powdered drink mix, which surely somebody has stockpiled for the pandemic lockdown. I used iPhone XS to capture the Featured Image, which image quality is so-so—at least when pixel-peeped. Vitals: f/2.4, ISO 16, 1/793 sec, 52mm (film equivalent); 2:22 p.m. PDT.