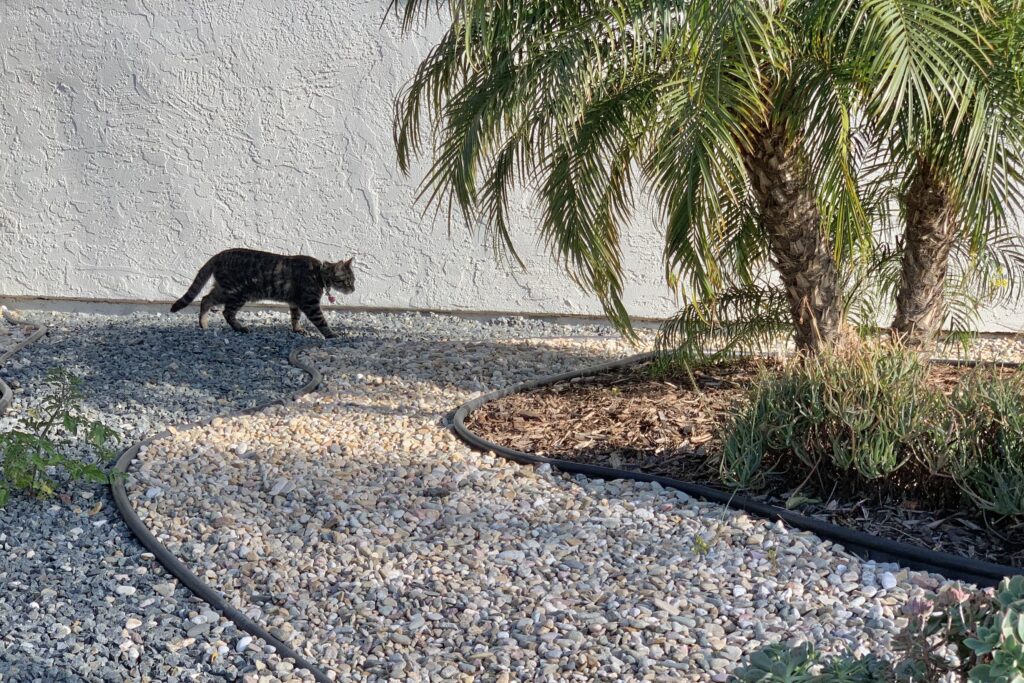 I sometimes wonder if assigning a number would be best when an animal’s real name is unknown. Cat 1, or 12, or 149. My made-up choice won’t be right and might even offend the beastie’s owner should he or she see the profile. Setting, or perceived character, often determines my choice, which in this instance is Pebbles. I suppose Woody would work, too. Chipper and Rocky already have been used—moniker and real, respectively—and Stone or Stoner seem inappropriate.

While my wife and I walked up Madison, on March 28, 2020, Pebbles appeared from behind some shrubs, strutting deliberately to a determined destination. We were midway between Cleveland and Maryland on the opposite side of the street; I crossed in time to snag three quick snaps using iPhone XS. Turns out the tabby had some, ah, business to do in the wood chips. I stopped shooting soon as that activity became apparent. 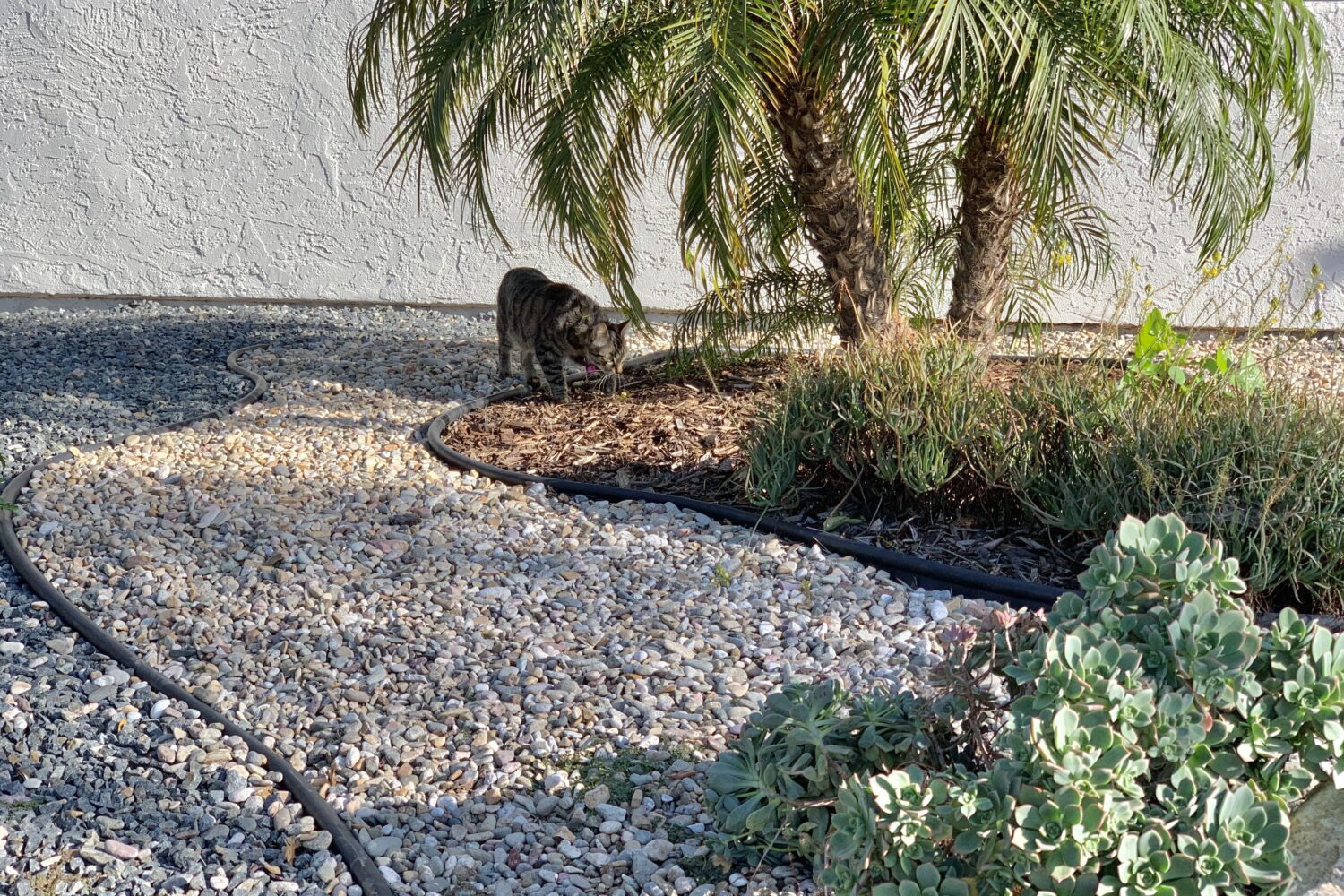