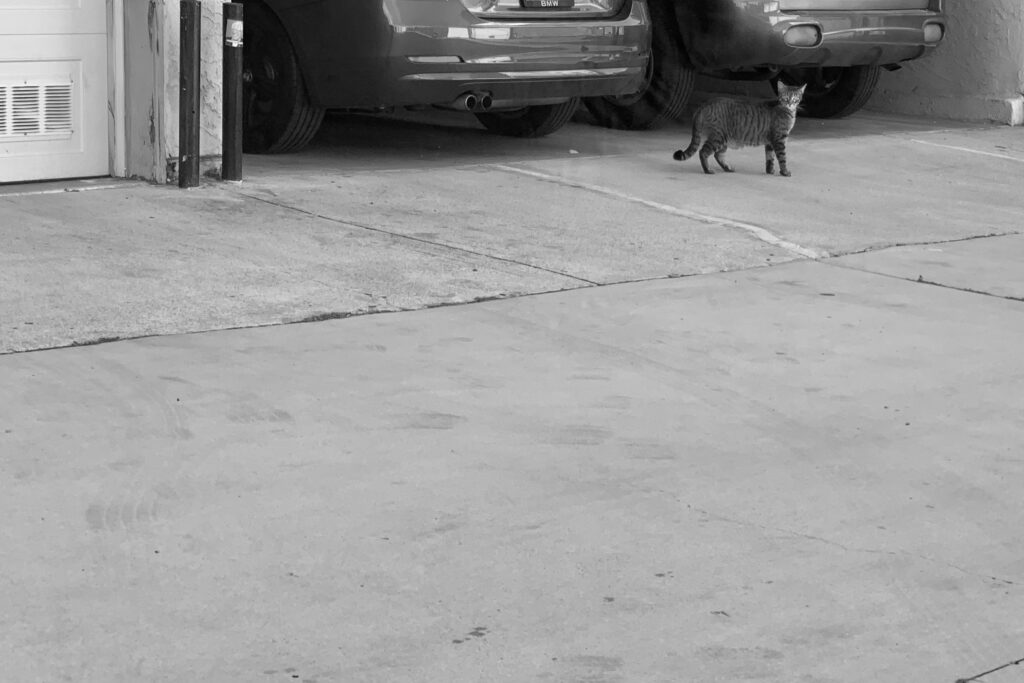 Sometimes you get one shot—and with some neighborhood felines none other. Such is the case with the tabby I spotted in the alley between Georgia and Park Blvd. on March 29, 2020. The shorthair moved quickly past as I walked in the other direction, stopping briefly when my iPhone XS appeared. One click later, he (or she) disappeared into a carport. I would be surprised to see the animal again.

Sprint seems appropriate nickname—for the kitty’s quick pace and because the Olympics were on my mind at the time; four days earlier, the 2020 games were postponed a year because of the SARS-CoV-2 (severe acute respiratory syndrome Coronavirus 2)—also known as COVID-19—pandemic, which has altered my walk routine. Californians are asked to stay at home (e.g., “shelter in place“) and to go out sparingly; exercise is one approved activity, and I mostly use alleys to avoid other people. Hence, the chance Sprint sighting.

The next cat in the series also appeared in the Georgia-Park alley—like Buttercup, who was profiled about six weeks ago. Their portraits please more than Sprint’s, sadly. The Featured Image, a 100-percent compromise crop, takes away license-plate numbers; black-and-white conversion helps remove some of the distracting elements. Vitals: f/2.4, ISO 16, 1/230 sec, 52mm (film equivalent); 9:39 a.m. PDT.