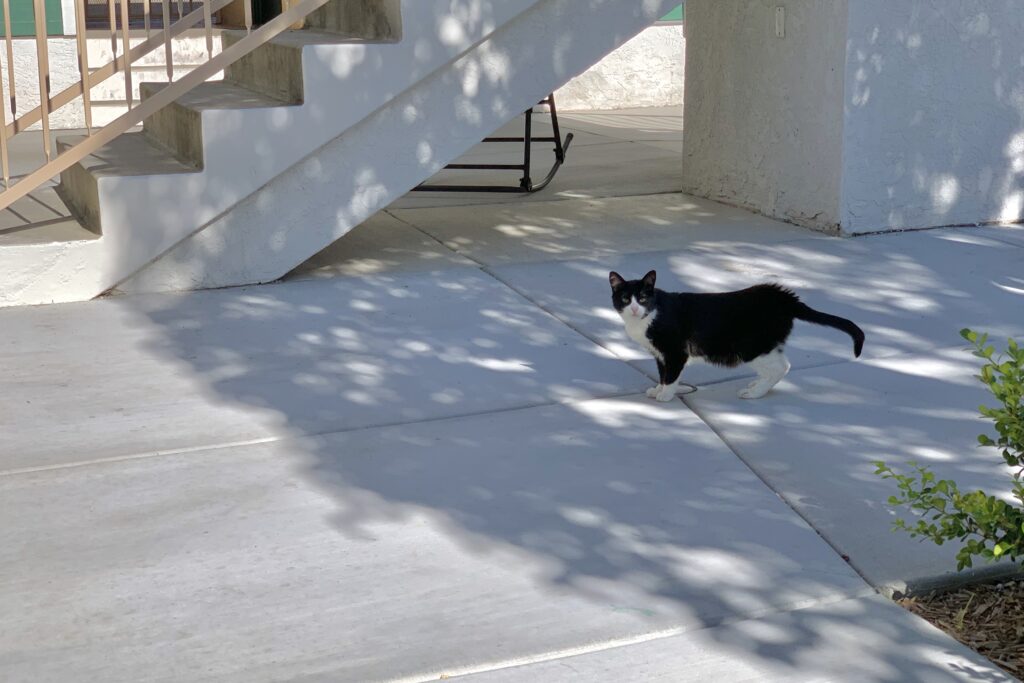 Who would have guessed? Another Bella lives on Alabama—and about a block separates the kitties. The new gal is the fiftieth feline seen on the street, between boundaries Adams and Lincoln; her namesake was profiled in November 2017. Bella, Too lives in the same apartment complex as Penny and where once resided Pedro; he has gone to live with his owner’s parents, whose place provides more run-around space.

The pretty Tuxedo is 15 years old, curious, and energetic. Problem: She recently started having sporadic seizures, that increased from one every few weeks to about every day. Preliminary diagnosis: Brain tumor. I could see during my conversation with her dad how much the affliction bothers him. Which leads into a strange side benefit to the SARS-CoV-2 (severe acute respiratory syndrome Coronavirus 2)—aka COVID-19—lockdown: Working from home means he can monitor her condition, and (my words, not his) maybe ensure she lives longer. 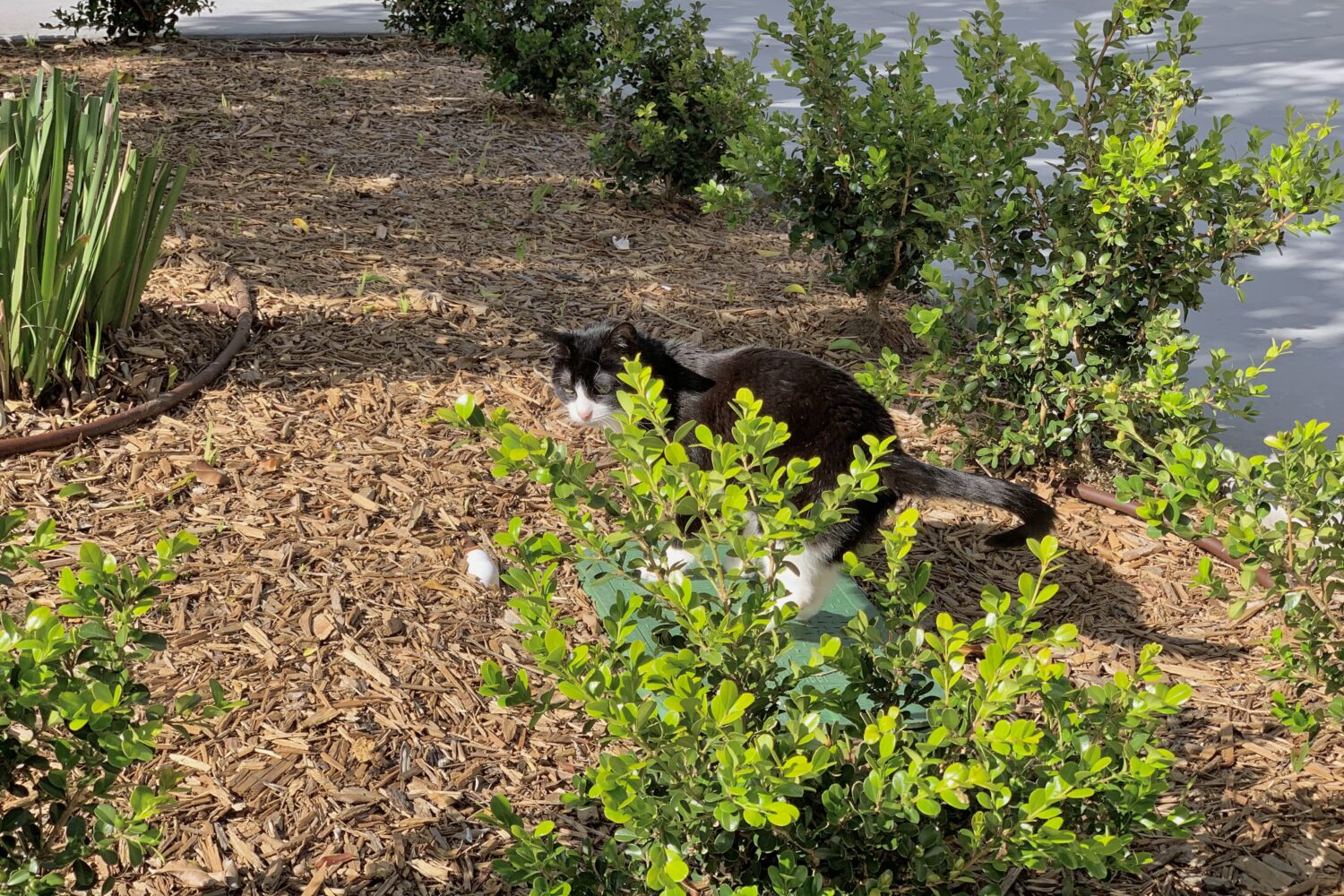