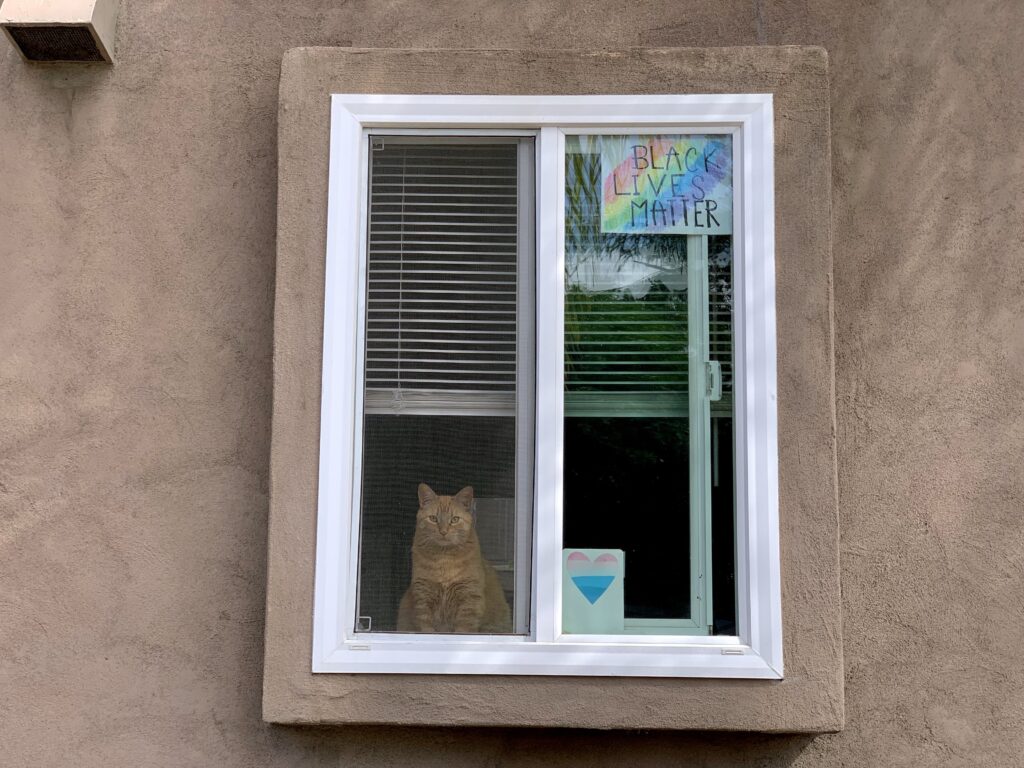 The fifty-third kitty seen behind door or window appeared as my wife and I walked along Mission, between Georgia and Park, on July 17, 2020. Vitals for the Featured Image: f/2.4, ISO 16, 1/452 sec, 52mm (film equivalent); 9:17 a.m. PDT. On inspection, at home, I immediately liked the composition of the iPhone XS shot but not the “Black Lives Matter” sign above him. No amount of cropping could satisfy more—in fact less.

The problem? This series isn’t political, nor is it meant to be. Black Lives Matter isn’t just a slogan—it refers to an organization with political ambitions. For reasons too numerous for the tone of a furry feline profile, BLM is polarizing—or at least in this neighborhood. Since the riots started at the end of May, I have seen an undeniable pattern emerge across University Heights: Signs and posters in windows supporting BLM or American flags hanging outside homes—but not both. Citizens choose to voice whom or what they support by the icon displayed; for some people, that’s nothing whatsoever.

So after careful consideration, fourteen days later, with the qualifications explained above, please allow me to introduce to the series the ginger that I nickname Rebel.