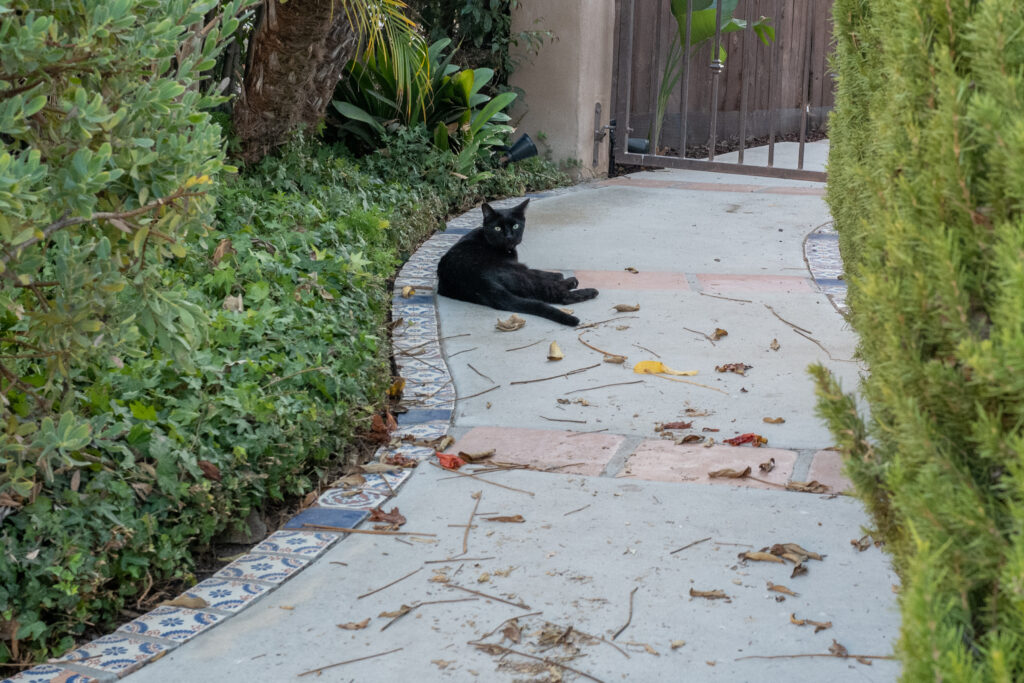 Four years ago today, I started this series with a presumed stray, sighted only once, that I call Scruffy. Three-hundred-fifty-eight profiles later, the number of furballs to photograph is seemingly inexhaustible. At the start, I expected the series to progress a month, maybe a little longer. Foolish me. In autumn 2016, as explained in post “Why Cats?“, I worked with new eyes, so to speak, following multifocal intraocular lens replacement for cataracts and also ongoing treatment for macular edema—the latter of which is mostly now resolved. Feline field photography acted as a kind of visual therapy.

That brings us to our celebratory kitty, seen in the yard of the home where once lived Giotto and next-door to where you can find Petri (well, until his family moves sometime before Dec. 1, 2020). That makes the black the fifty-seventh putty-tat from Alabama between boundaries Adams and Lincoln. No other street comes close, and I cannot fathom why.

Because I feel nostalgic for Canadian folksingers (Gordon Lightfoot, particularly) and the Featured Image was taken as the sun lay low on the horizon, let’s nickname this fine animal Sundown; yes, like the song. I used Leica Q2 to make the moment, on October 13. Vitals, aperture manually set: f/5.6, ISO 1250, 1/125 sec, 28mm; 5:53 p.m. PDT.