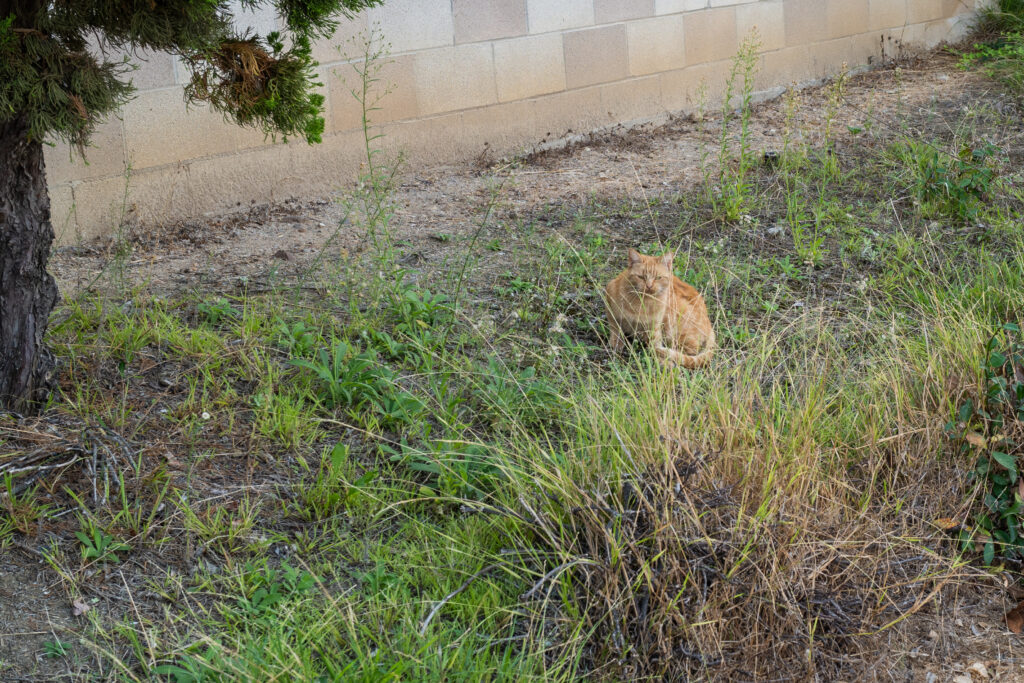 Today, while driving home from Costco Business Center, I encountered an animal control vehicle pulled over in my lane by Alice Birney Elementary School, along Meade. I U-turned and circled back wondering if someone had come to (gulp) take away the remains of the ginger that had been mysteriously hanging out along the grass-way and among the parked cars. Mysteriously, because the facility is closed in response to SARS-CoV-2 (severe acute respiratory syndrome Coronavirus 2)—also known as COVID-19—and there are no homes along that side of the stretch of street. So why would the shorthair make its home territory there?

As I approached again, the kitty could be seen sitting in the grass along the side of the building—that is until being approached by the cat catcher. The beast tried to flee as I drove past. Was he caught? I was just relieved that he hadn’t been run over, like another ginger near the same location a few weeks earlier. Curiosity moved me to action, and I walked back to the school expecting to find nothing more than a fleeting feline memory. But no! The beastie was there, returned to the grass, head turned away from me, licking legion or, more likely, wound—from the capture-attempt, perhaps?

That distraction allowed me to get into shooting position with Leica Q2, from which I cranked out two composed quickies. My crouching lower for better angle spooked the animal, which hid under an automobile. Over the course of several weeks, I had seen the furball sleeping in sun or shade against one or another vehicle’s tire—if not taking refuge beneath one of the pickup trucks. Vitals for the Featured Image: f/5.6, ISO 200, 1/125 sec, 28mm; 12:39 p.m. PDT.

For being an escape artist, the putty earns nickname Houdini. I don’t know whether he is abandoned, feral, lost, owned, or stray. But, from my observation, he stays on the one block, by Alice Birney. Schools are closed, locally, and there is no immediate reopening planned. But some day in the future, San Diego Unified will resume classes, and Houdini’s quiet stretch of Meade will bustle with children and parents. Then where will he go? 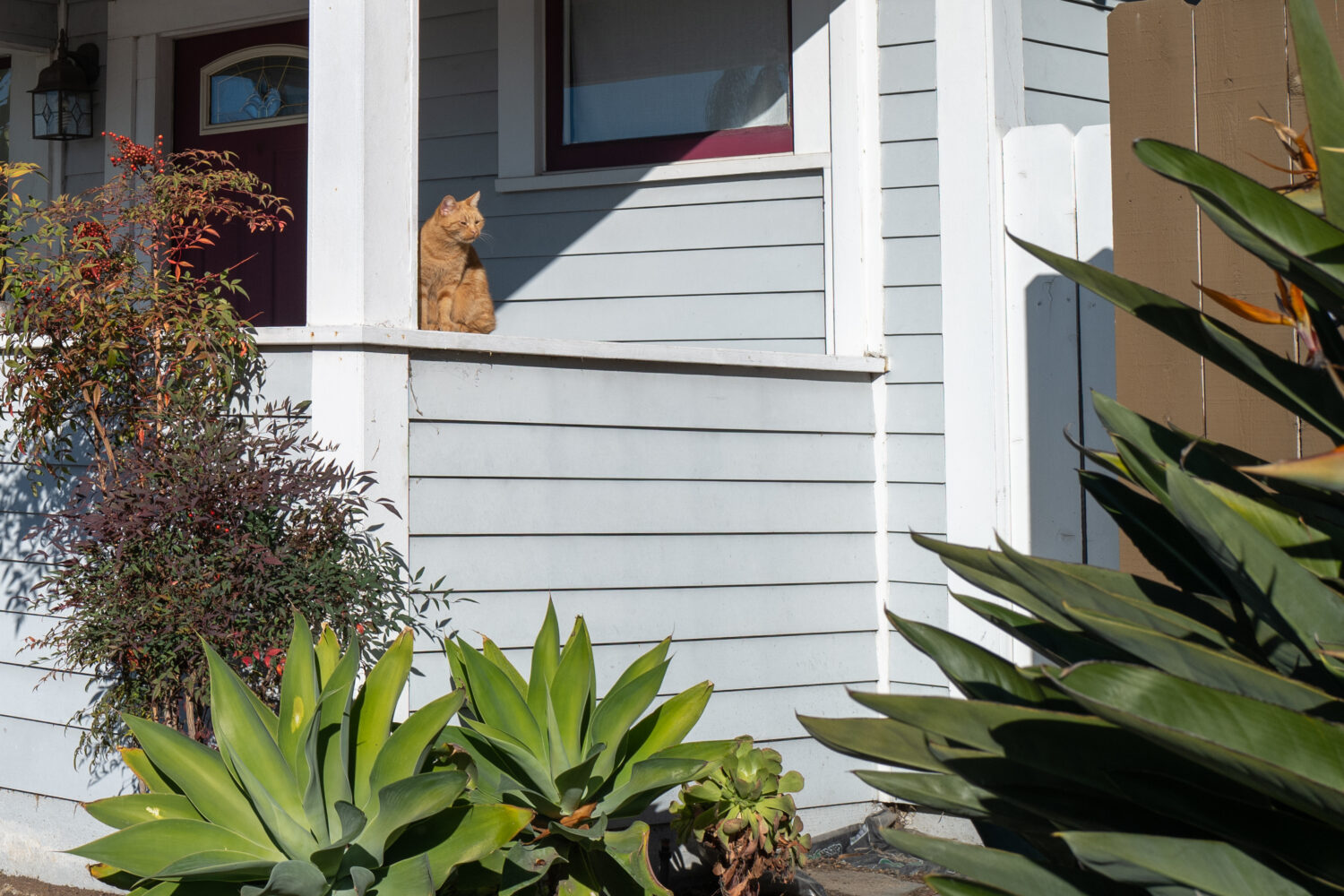 Update, Jan. 22, 2021: I’ve been meaning to add another portrait, taken on New Year’s Day, that confirms Houdini’s continued escapes from capture—assuming he is pursued. The house where he waits is directly across from the school, and I saw him sunning just inside the locked gates a few days ago. A neighbor told me that the ginger is a stray and community cat—meaning that people pitch in to feed and care for him. Photo vitals, aperture manually set: f/5.6, ISO 100, 1/800 sec, 28mm; 9:13 a.m. PST; Leica Q2.