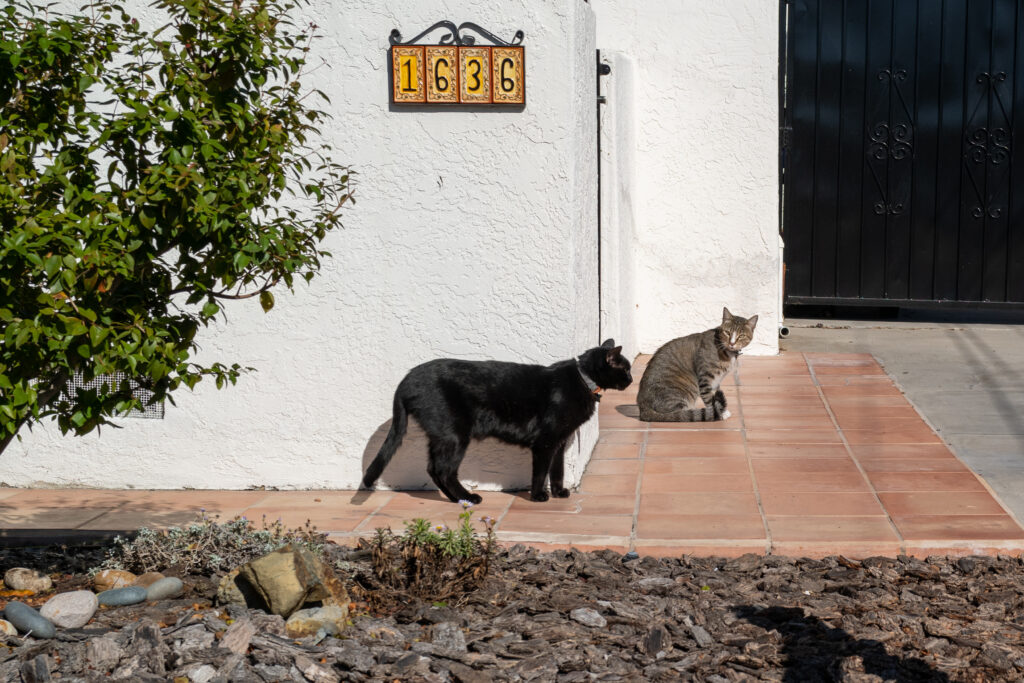 I profess ignorance about the ways which feisty felines negotiate territory. Two cats regarding one another is a commonly observed occurrence, particularly as the neighborhood’s demographics change—and the number of kitty owners increases. Last week, I passed by newcomer Pepto standing on the fence outside the home where lives long-time resident Daniel Tiger, who sat back-to on a table in his front yard. Likewise, Ash and Nelson often are seen together. All four have different owners.

On Nov. 10, 2020, I observed a new territorially tense pair somewhere on the West side of Park Blvd. Because the house number is so prominently displayed, I won’t disclose location—other than to note that a “For Rent” sign stood outside the property on that sunny morning. Both beasties had collars and tags, but neither would let me approach close enough to read their names. For now, let’s call the black Dido and the tiger Dodger. 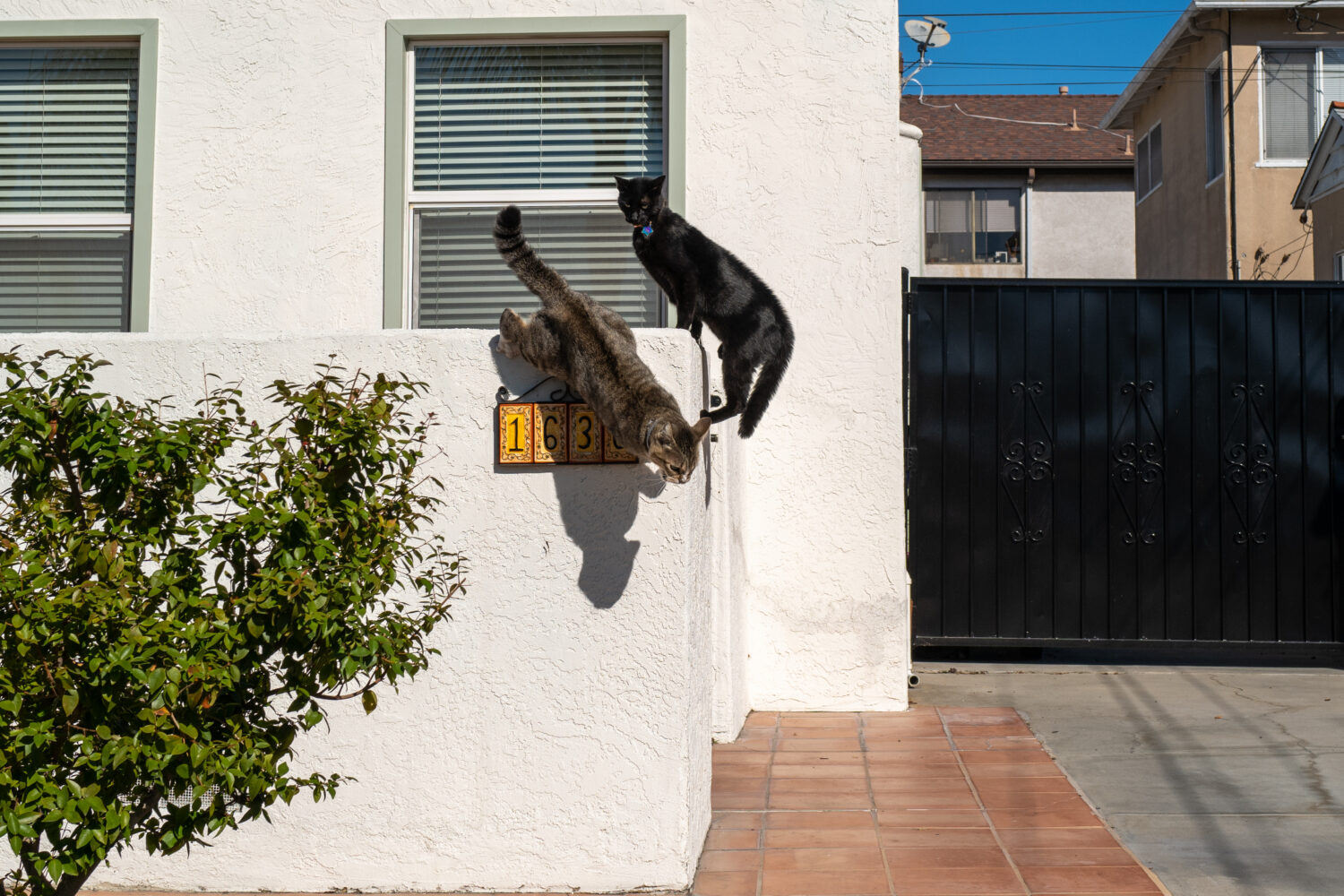 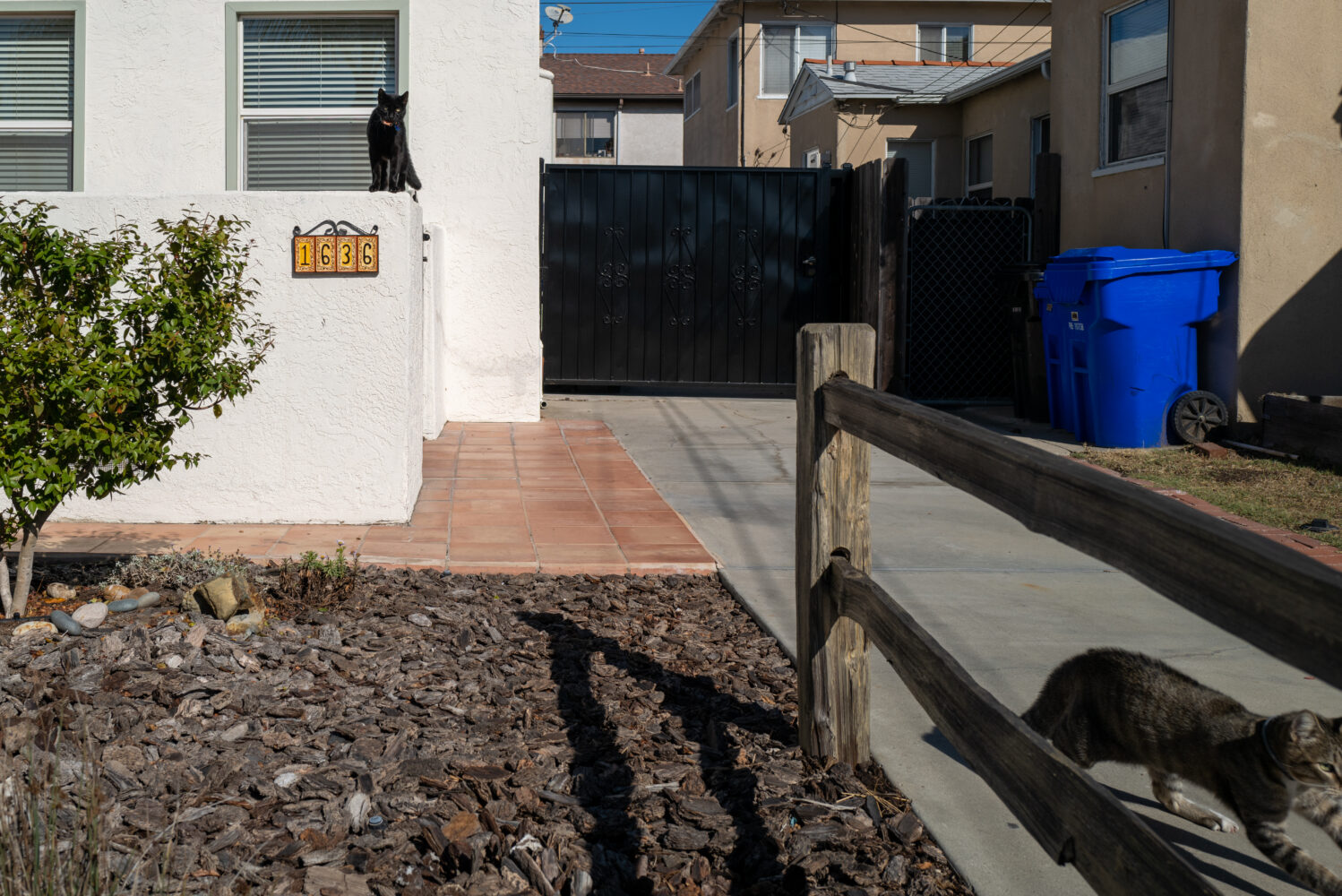 The portrait is from across the street, and a neighbor told me that the tabby lives a few doors down from that driveway. She didn’t know Dodger’s real name. Vitals are the same as the other three, except 1/125 sec and 10 a.m. 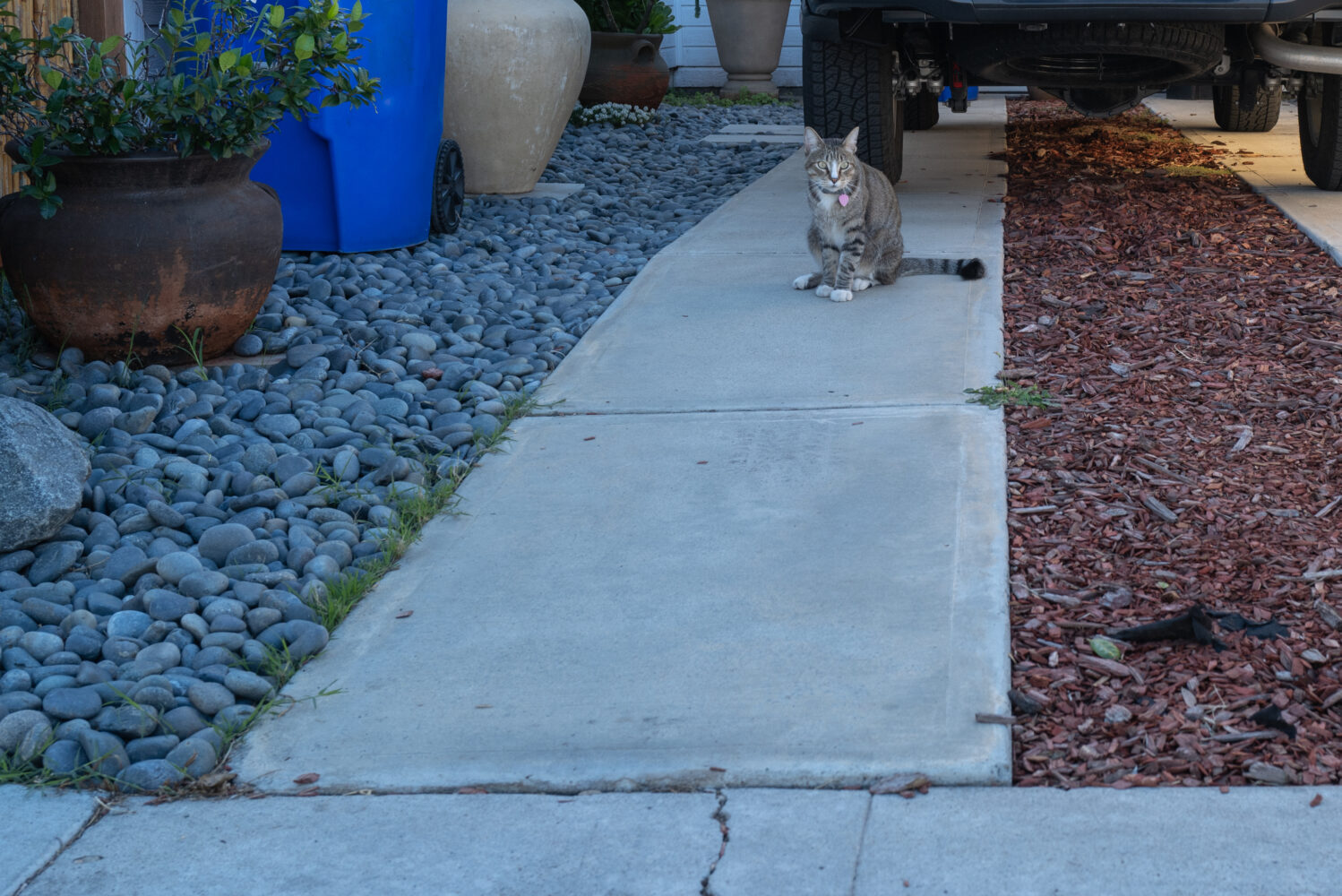