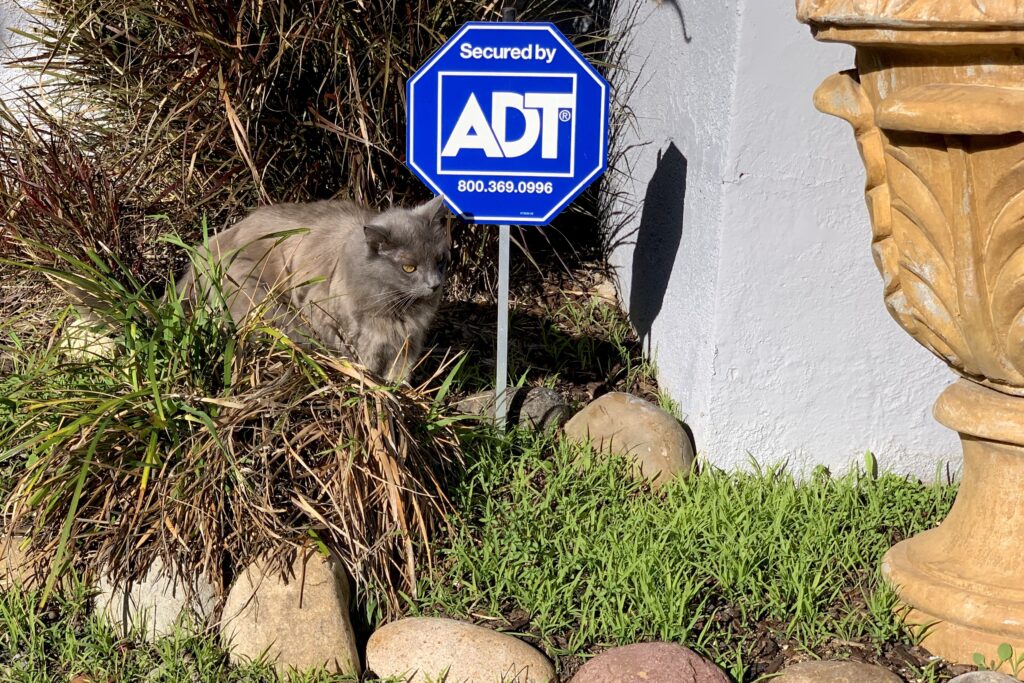 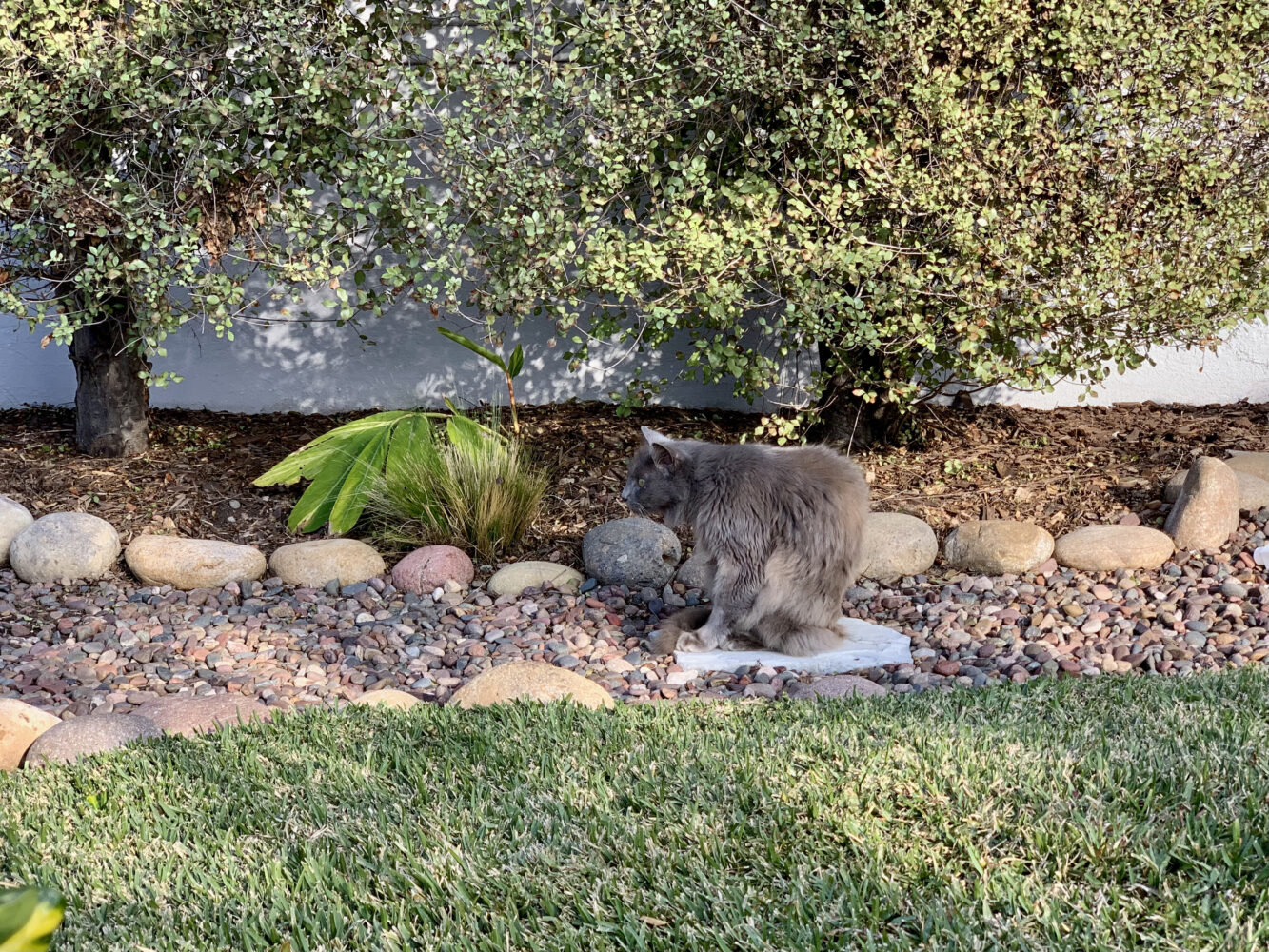 Fast-forward to Feb. 8, 2021. My wife rings and says Amanda appeared at Alabama and Meade. So I rush five blocks to see what Annie has found: Whoa, I come upon the same cat in the same yard as end of 2019. My wife insists the kitty is Amanda. I want to think so but can’t be sure, which is why presentation anew as Amanda Too, who is the sixty-second Alabama Street to appear in the series. Vitals for the second photo, also from iPhone XS: f/2.4, ISO 16, 1/182 sec, 52mm (film equivalent); 3:45 p.m. PST.

I would rather this kitty be Amanda than there be opportunity for a fresh profile. But blacks and grays often are difficult to distinguish. Amanda always wore a collar. Always. Location is similar territory but not where she most often would wander. Maybe she was abandoned and became a community cat. But surely then I would have seen her more than the two sightings of Amanda Too, who popped up around the same time of day; Amanda appeared anytime; she roamed her tight territory. Something else: I called her name several times; no response.

But, of course, both could be the same animal. Are they? You tell me.