Happy Caturday! On June 27, 2021, my wife joined me walking by where I had seen Harvey nine days earlier. Annie would enjoy visiting the ginger, and I hoped for daylight, rather than twilight, portrait. Instead, a lively kitten, wearing a bell collar, frolicked from under a parked car. He was most energetic and, as such, proved to be a photographic challenge.

The rascal divided his attention between us and two bags of food garbage that somebody left on the sidewalk beside a nearby dumpster. He played, rather than rummaged, about them—upon which he rolled about marking his scent. But he also appeared interested in something, which could have been bugs lured to the refuse. Cats hunt.

The collar had no tag with name, so I must pick one. For now, let’s call him Romper. 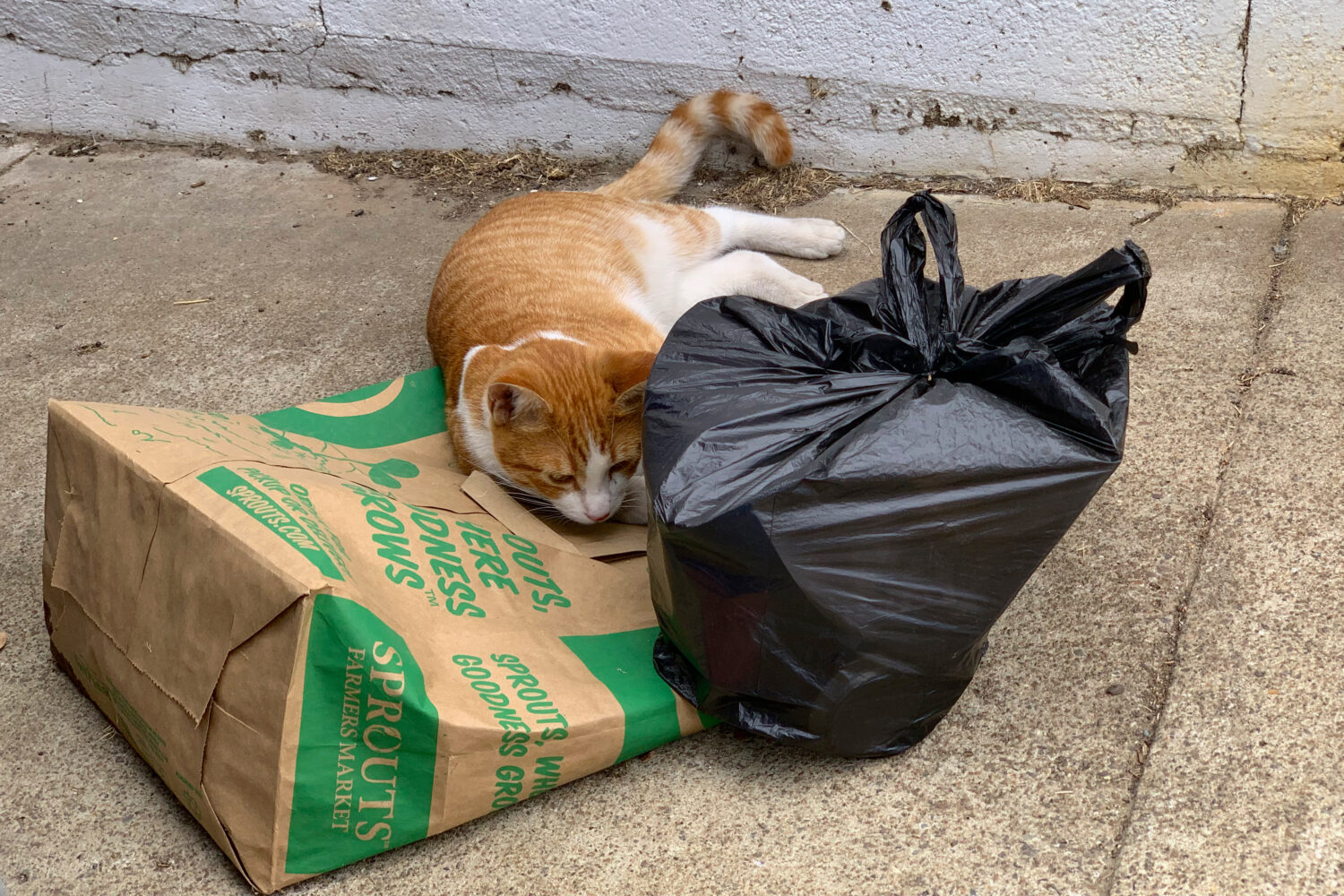