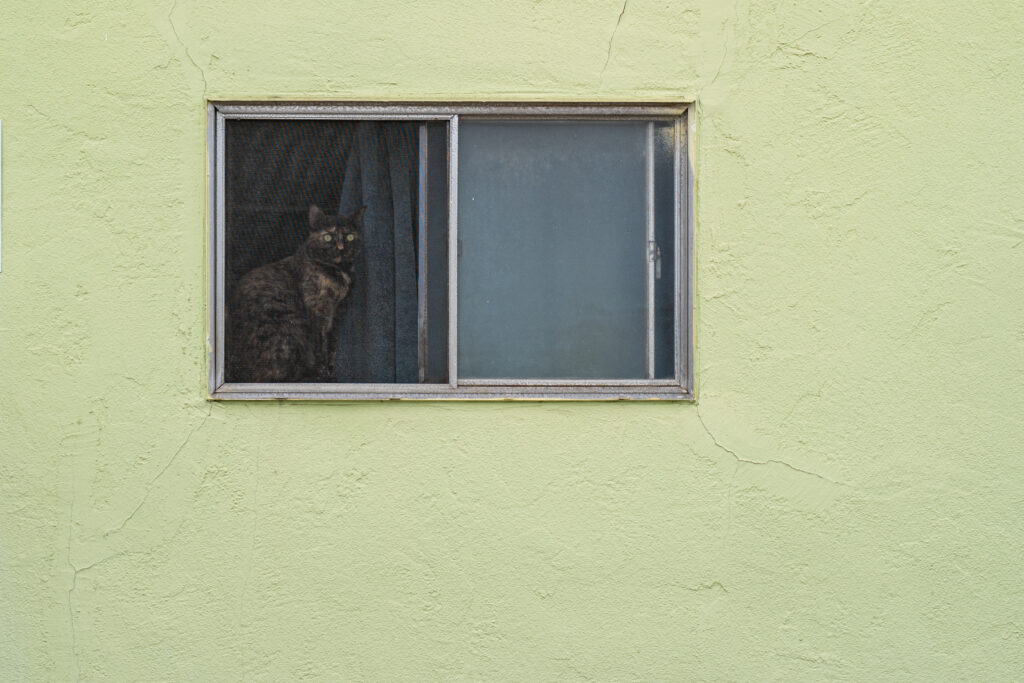 Late yesterday afternoon, my wife and I walked down the alley separating Louisiana and Texas, where Darth Mew and Princess Leia appeared recently. We hoped to encounter one or the other and expected neither. About half-way down the block, I spotted a pretty Tortoiseshell behind a screen and stopped for a few portraits. Right then, the 87-year-old property owner came out the back gate, and we started chatting. Annie and I met him many moons ago when we toured one of his apartments (which we might have rented had there been more sunlight coming into the bedrooms).

Raised in Michigan farm country, John arrived in San Diego at age 17 and never left. He is fit, with all his wits—meaning sharp and spry in all the ways that matter. While we talked about the shortcomings of modern education—writing proficiently of 1940’s eighth graders compared to high school graduates today—I heard what sounded like a meowing kitty. As we continued, sound increased in volume and intensity until, quite surprisingly, Darth Mew ambled over a six-foot-high fence. Without any elucidation, John said the cat’s mother is buried on his property (but the black longhair lives elsewhere).

Regarding the Tortie, I used Leica Q2 to capture the Featured Image. Vitals, aperture manually set: f/5.6, ISO 100, 1/320 sec, 28mm; 4:41 p.m. PDT. I neglected to ask John if he knew the shorthair’s name, so a temporary one is necessary. How about, Gracious—for her poise and silence while the humans blabbered and her outdoor neighbor noisily trotted past. Gracious is the seventy-third kitty seen behind door or window. 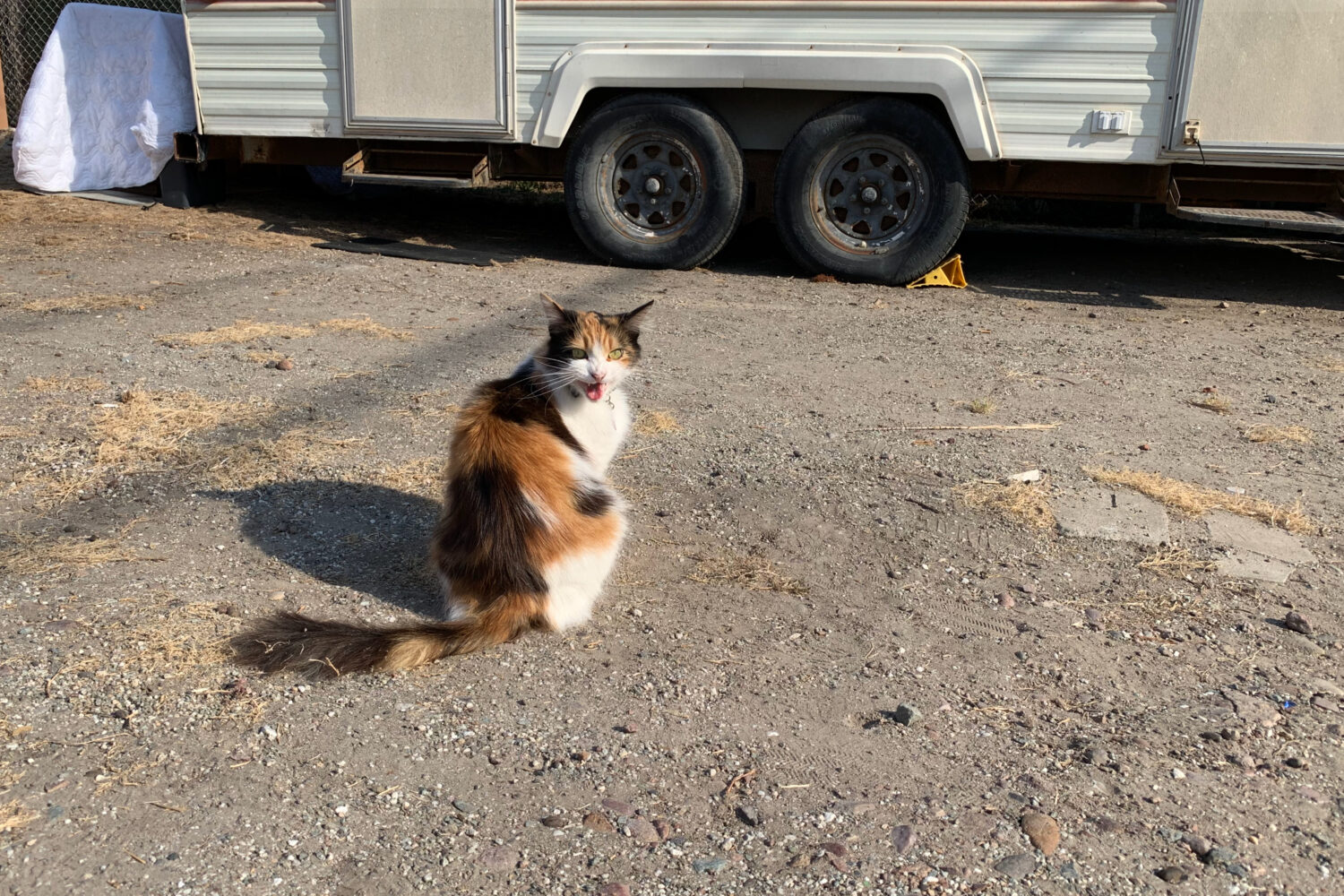 By the way, Happy Caturday!