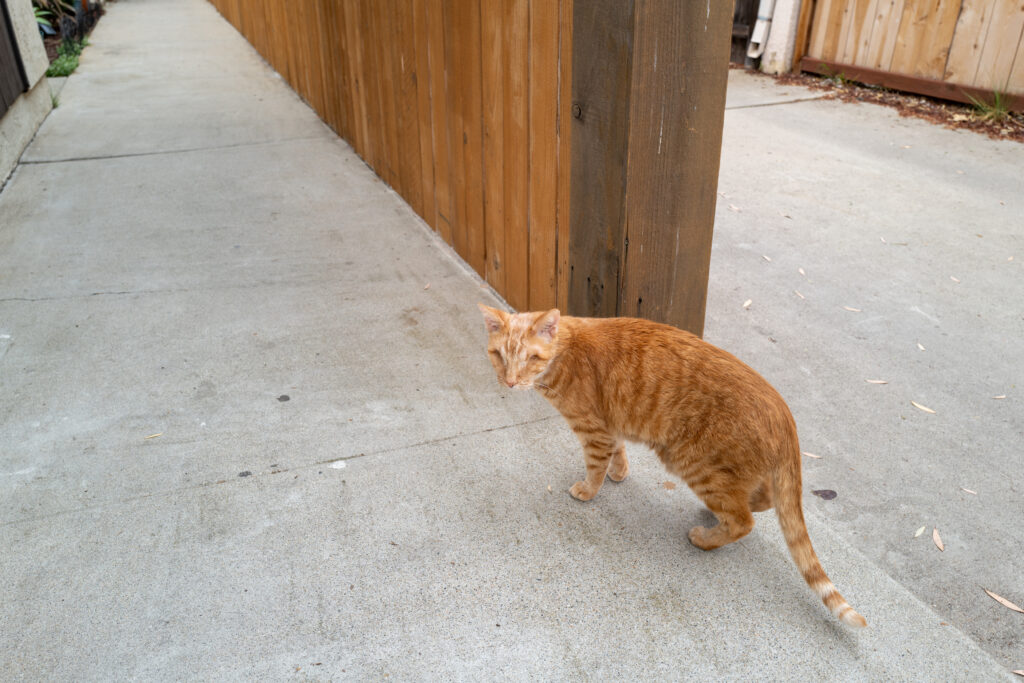 I asked the cat’s name, which he said was Petey—and he spelled it out. But soon after leaving, I couldn’t recall if the gent said “t” or “d”—the other for Pedey. Both are real names. So I delayed adding the sightless charmer to the series, hoping to meet the man sometime soon and clarify which. Yesterday, as I walked past the building, both cats came out of the courtyard into the fashioned outdoor space along the street. The other is Spartacus, who will soon be profiled.

Their owner followed along. He likes to let them out on Sunday mornings, because the street is quieter and presumably less dangerous and threatening (to the one who cannot see). He also affirmed what I heard three weeks earlier, with further explanation: The name derives from a friend, Pete, who had died.