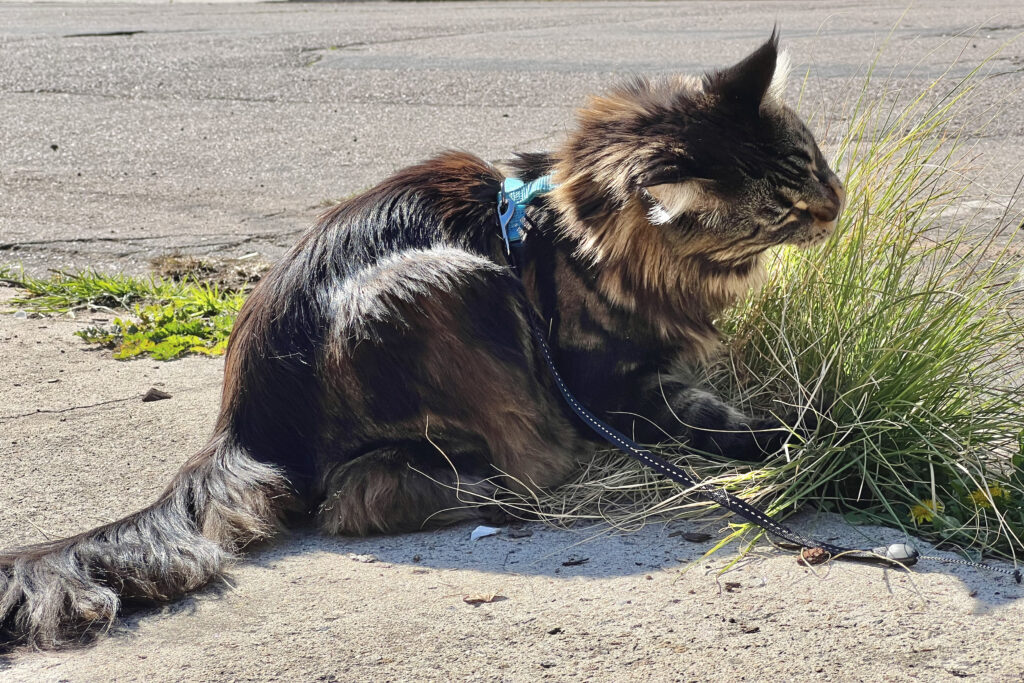 What a surprise! Today, when walking along Alabama, on a grocery run to Smart and Final, my wife and I met a gentleman and his two-year-old Maine Coon. While the gentle giant likely lives somewhere else in the neighborhood (I forgot to ask where), sighting location makes him the seventy-ninth kitty observed on the street between boundaries Adams and Lincoln.

Five features physically define Maine Coons: Ear tuffs and points, facial structure, fur coat, paws (big), and size (huge)—the latter they tend to reach at around age five or so. Smokey is classically Coon by all appearances, and I am not surprised: His owner says that the cat comes from Russia, because finding a purebred locally is challenging. 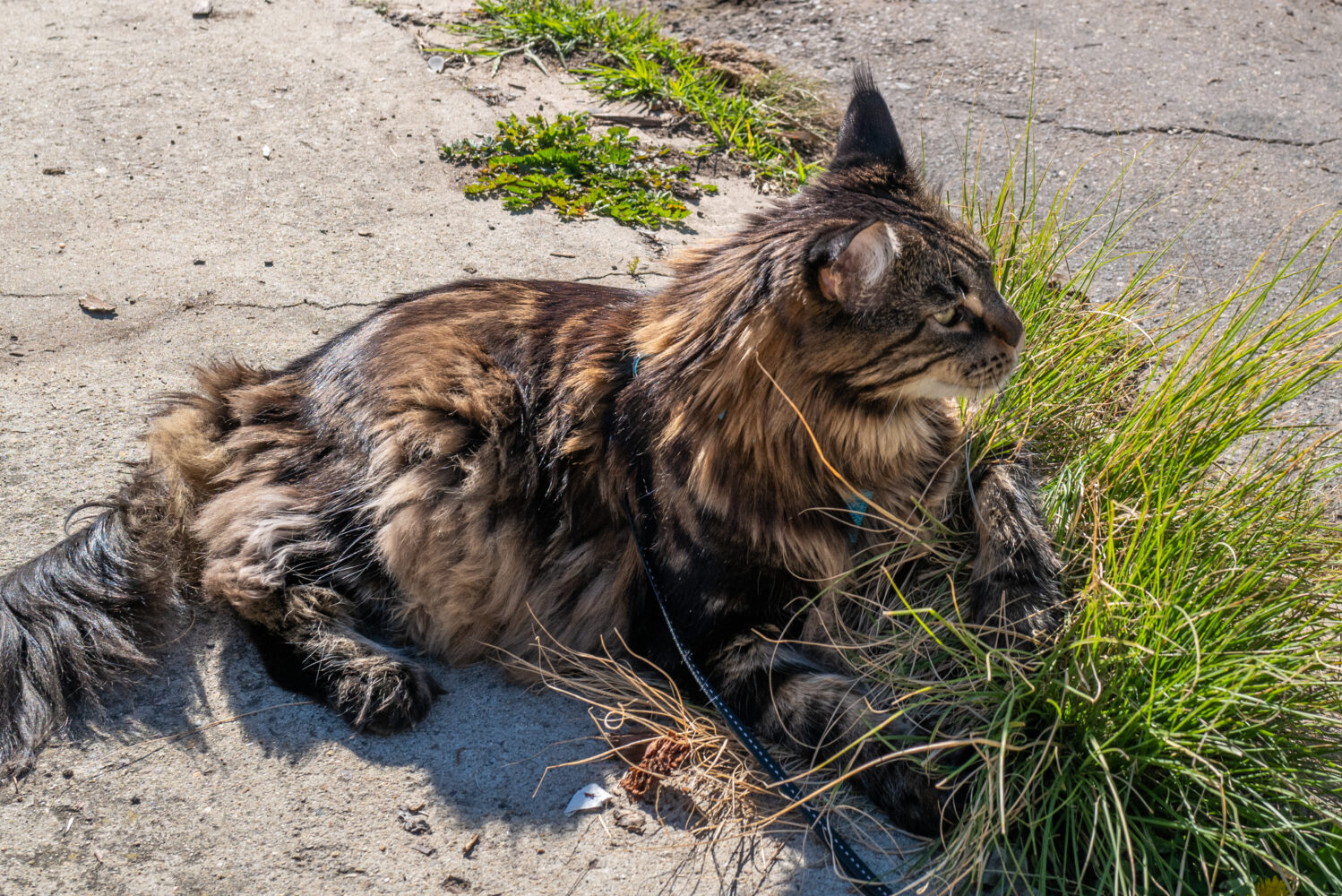 Smokey shares a home with Bella, a Ragdoll, which is another distinctive breed known for size and fluffiness—and character! Friendly disposition is another trait both breeds share. In typical manner for Coons, Smokey is very doglike, his owner says. 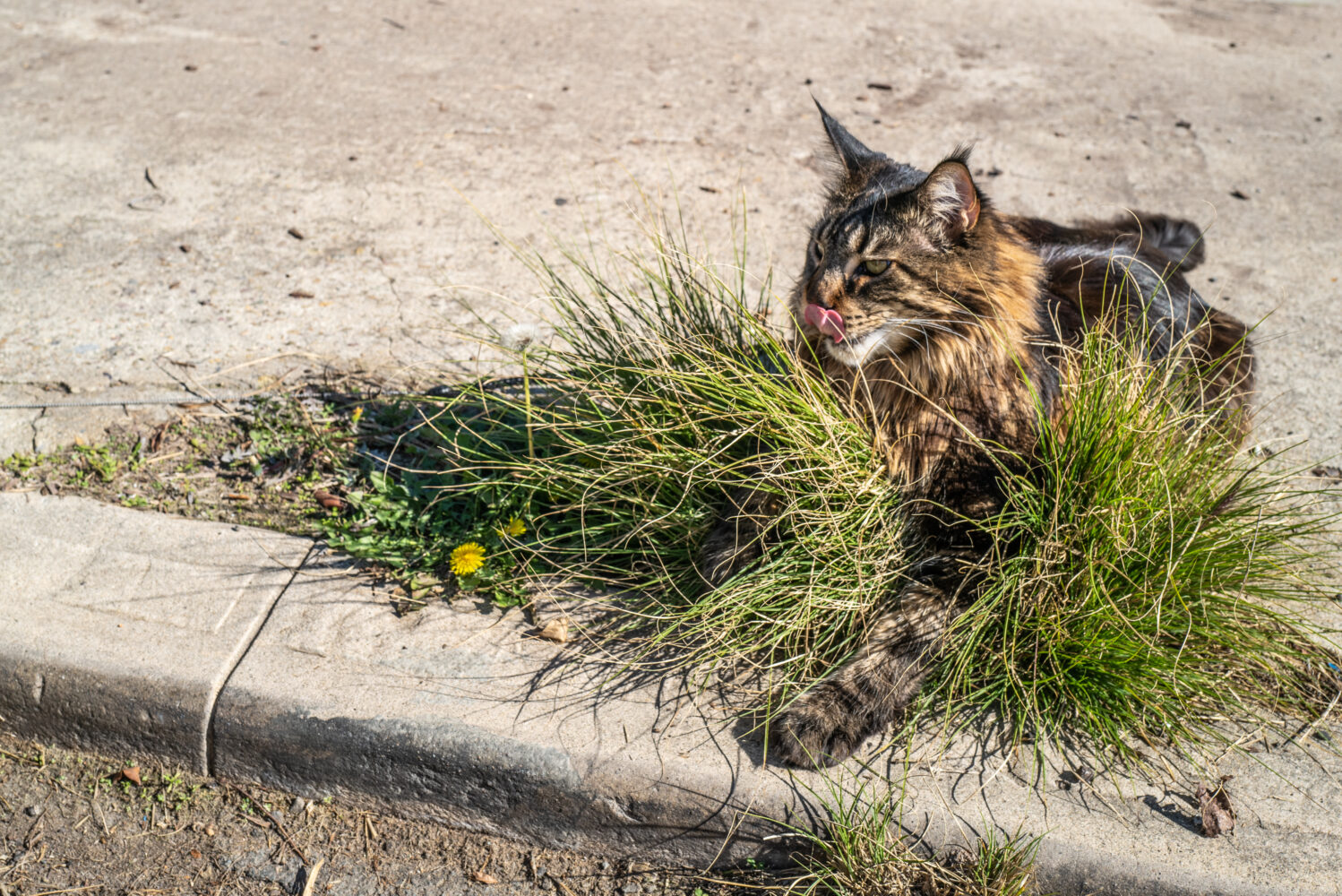 The pair have their own Instagram page: @catdacity. I typically don’t link to the site, or parent Facebook (yuck, now Meta), but the handle/hashtag will get you there. I think these two need a YouTube channel. 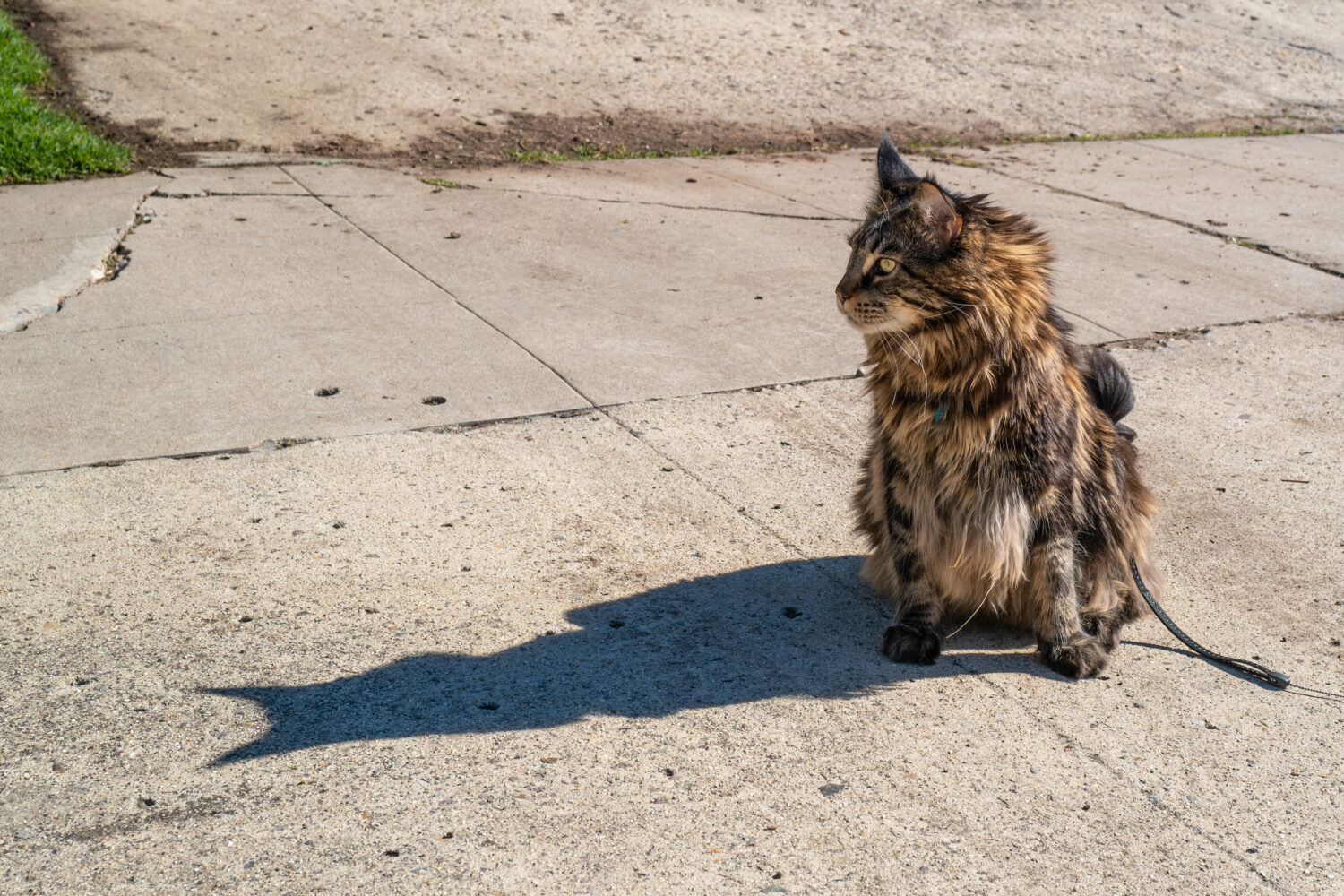 Smokey kept turning away when I approached with the camera; as such, none of the portraits properly convey his classic Coon face, magnificently fluffy tail, and naturally large size (e.g. healthy not obese).