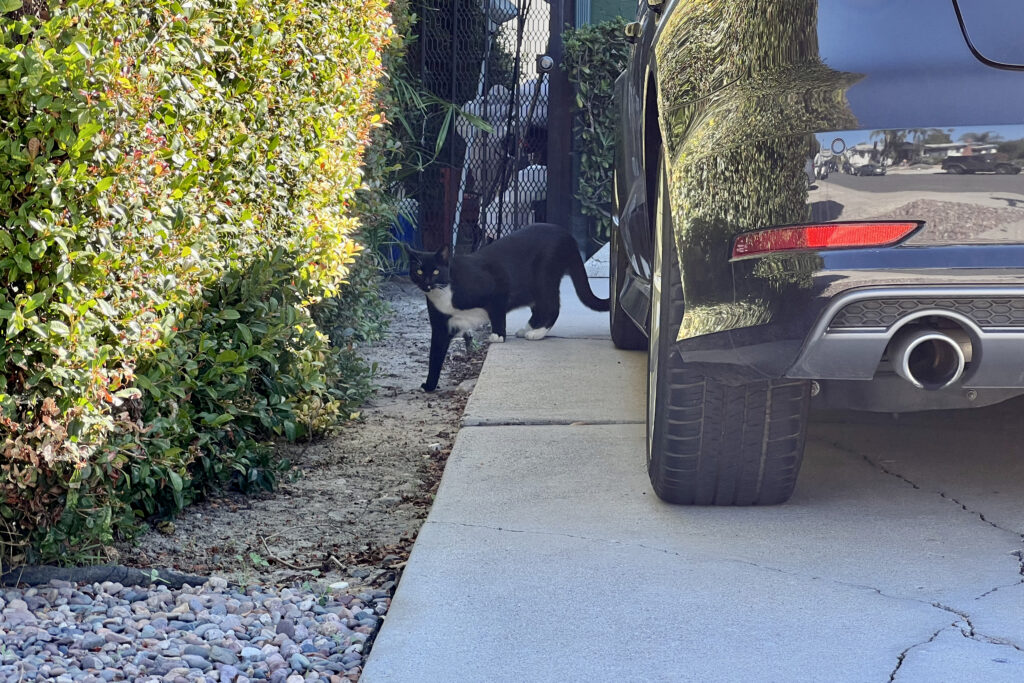 Our Caturday story begins in summer 2021, when my wife learned about two felines that frequented a property that wasn’t their home. The all-black, Loki, joined the series in July. We wouldn’t first see the other until October 17, when I used iPhone 13 Pro to shoot the long-delayed Featured Image. Vitals: f/2.8, ISO 32, 1/22 sec, 77mm; 10:40 a.m. PST. I regrettably resisted adding the newcomer sooner because no name, and I couldn’t be sure there wasn’t a mix up and this kitty was Loki. Everything changed yesterday, when Annie and I chatted with another neighbor who identified the second cat as Tucker. Whew.

That introduction brings us to the drama. Tucker occasionally appeared during the end of last year but made a startling entrance on Jan. 2, 2022. As we approached the property where he is somewhat an interloper, I spotted the black and white on a fence and pointed him out to Annie. She observed what I missed. “He has feathers in his mouth”, she exclaimed. 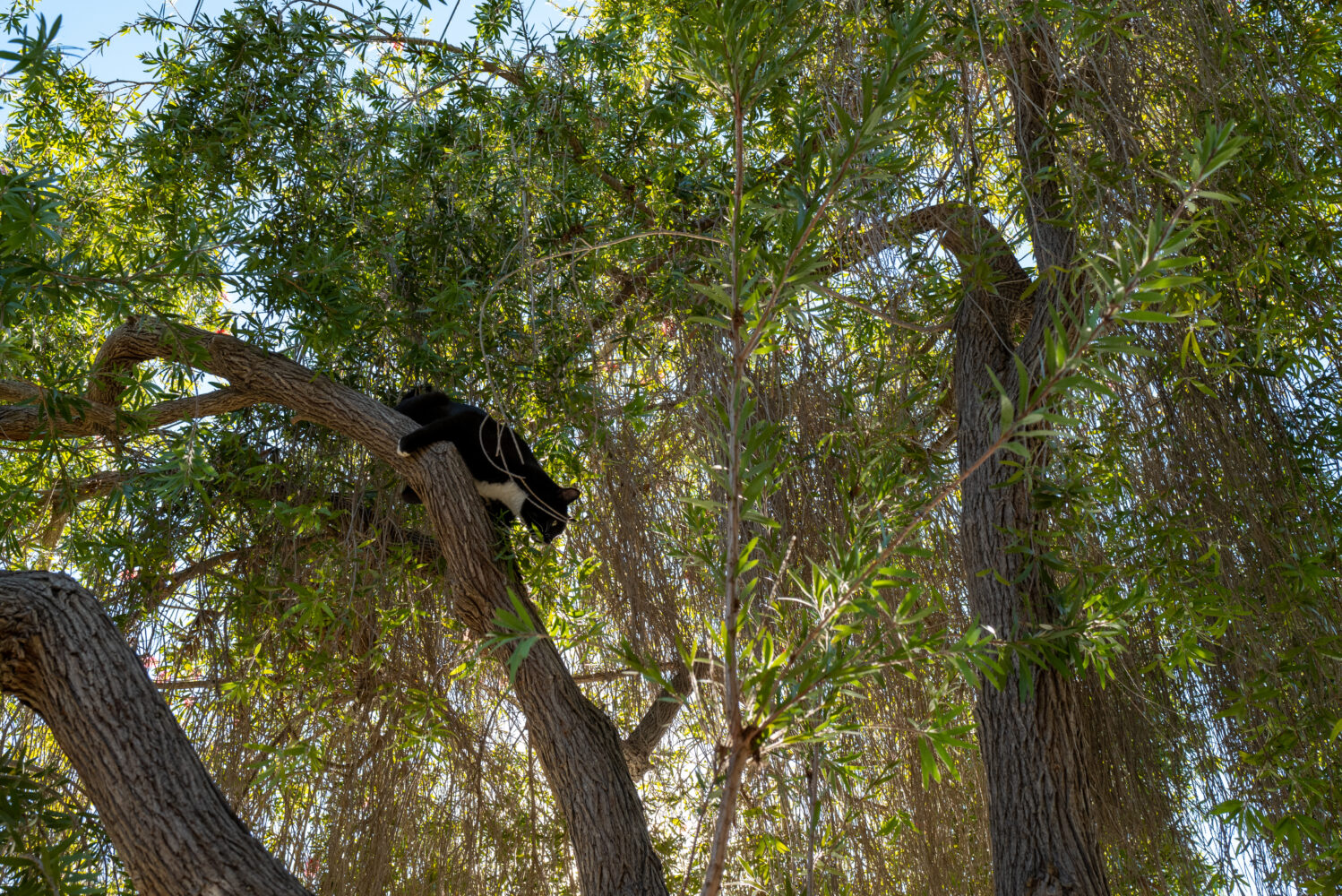 Then Tucker quite literally leaped over my head into a tree, presumably pursuing the bird that he had almost caught. Everything happened so quickly and my shocked response so slowly that Tucker already had started his descent by the time I got the two shots that you see. Vitals for both, aperture and shutter speed manually set: f/5.6, ISO 320, 1/250 sec, 28mm; 1:34 p.m. PST. 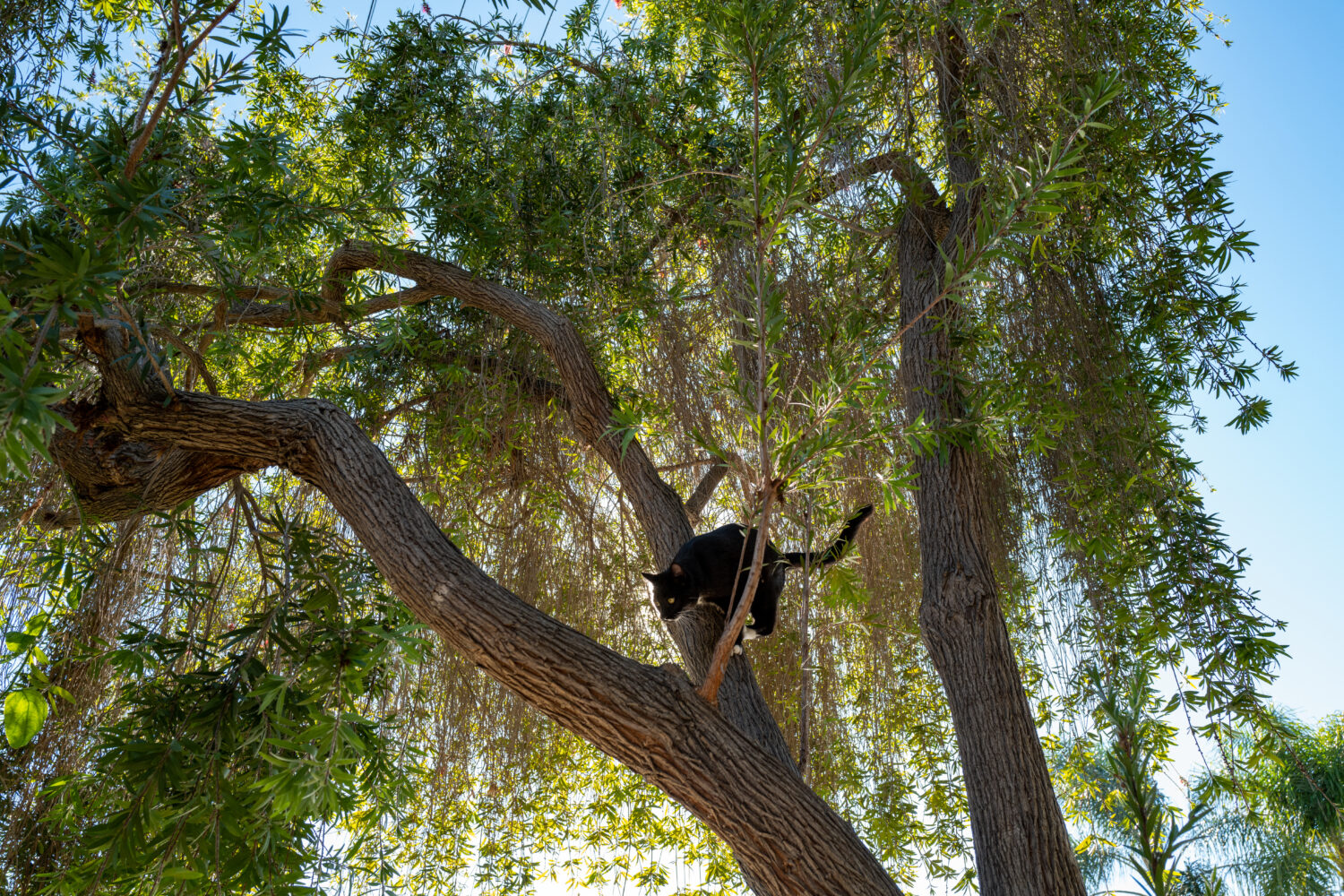 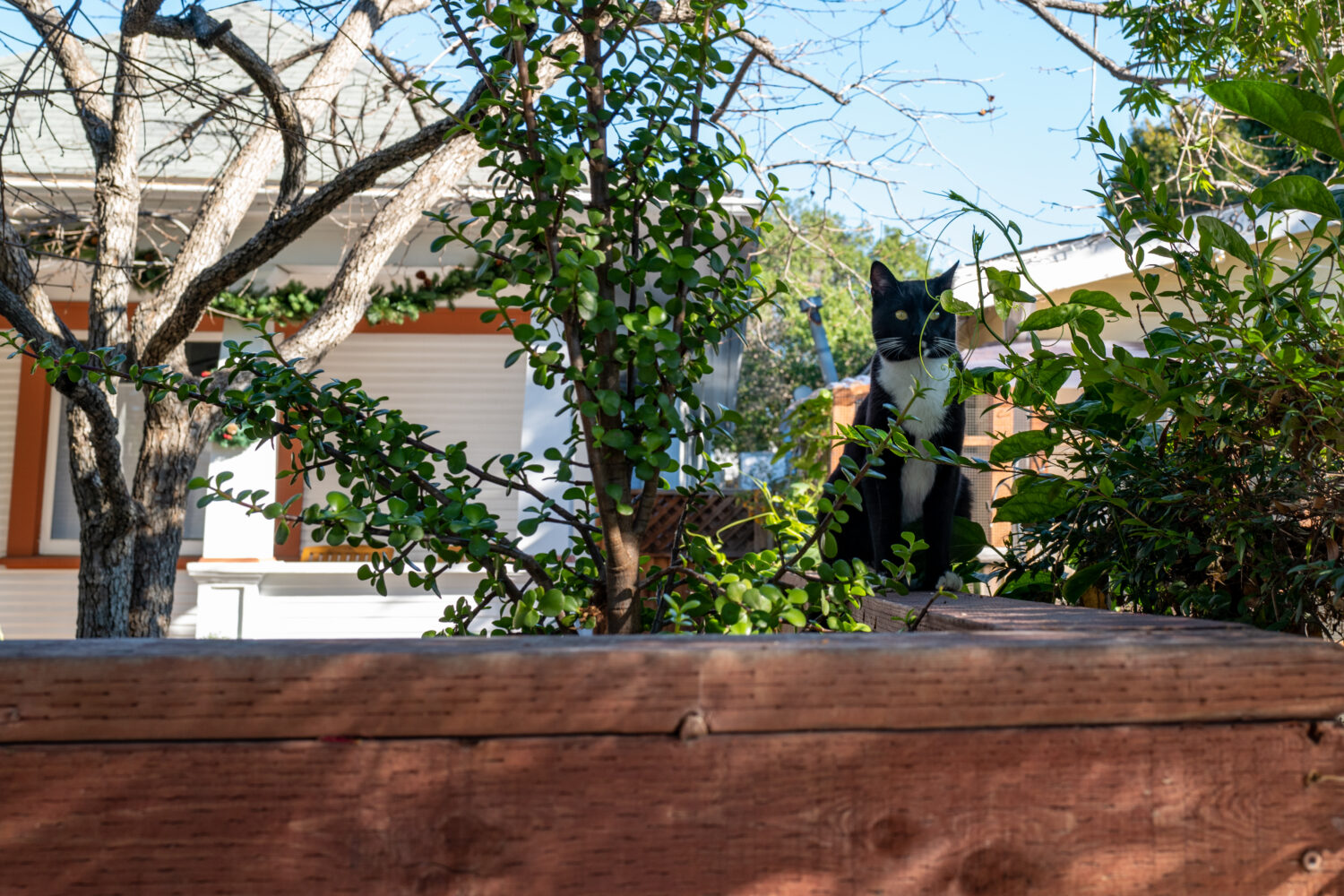