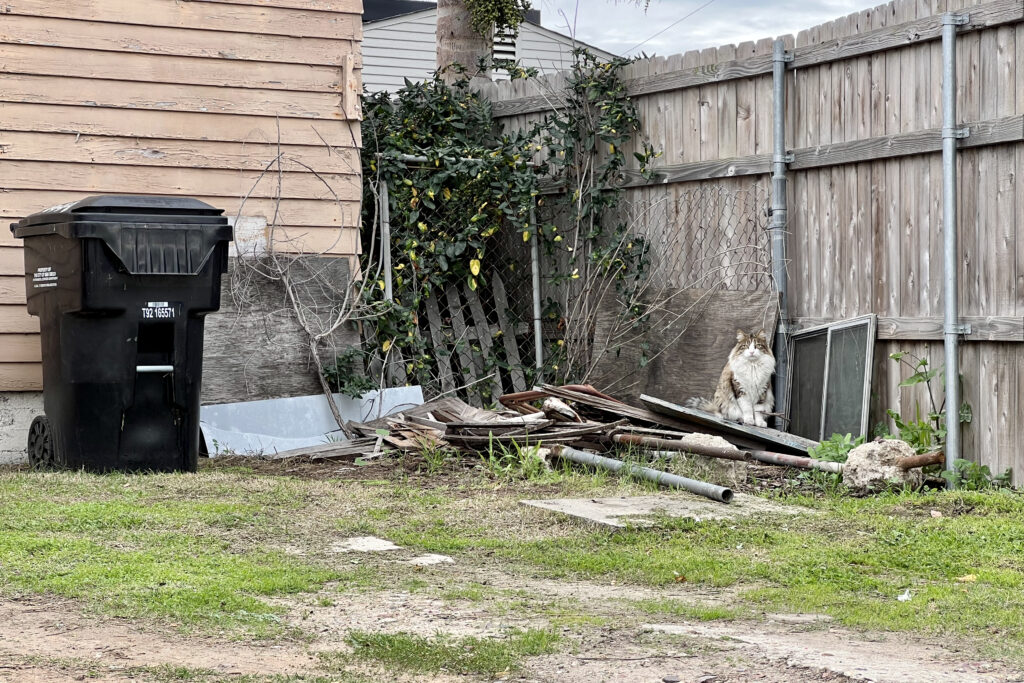 The backlog of unpublished kitties is so long that I stopped taking every photographic opportunity. Hopefully, regrets won’t follow that decision. We resume with a longhair that my wife and I assumed was feral on first sighting: Alley separating Louisiana and Texas, on Jan. 13, 2022. The animal posed for some time before passing into a property facing Texas.

The Featured Image captures that moment. Vitals: f/2.8, ISO 32, 1/145 sec, 77mm; 11:58 a.m. PST. We next saw the feline along Louisiana, but on the other side of Meade, three days later. Because of location, I assumed we had come upon a different cat, but Annie correctly identified the two sightings as the same beastie. 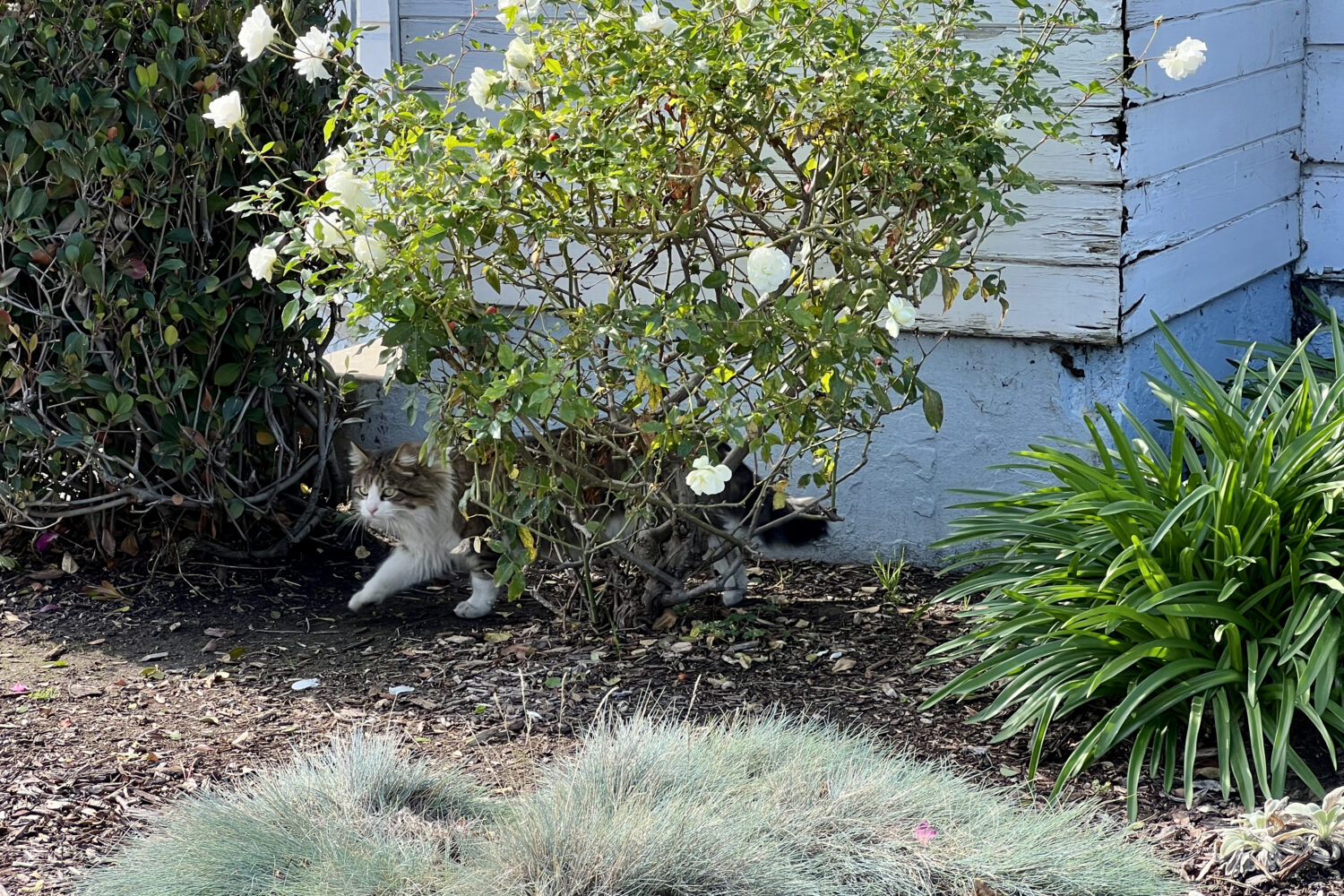 In the second photo, the furball moves along a building exterior, not far where I observed Cuddles, Honcho, Squeaky, and several others that you haven’t met yet. Vitals are coincidentally the same as the first, but 12:26 p.m., January 19. The third is 1/582 sec and the last 1/299 sec. All four shots come from iPhone 13 Pro. 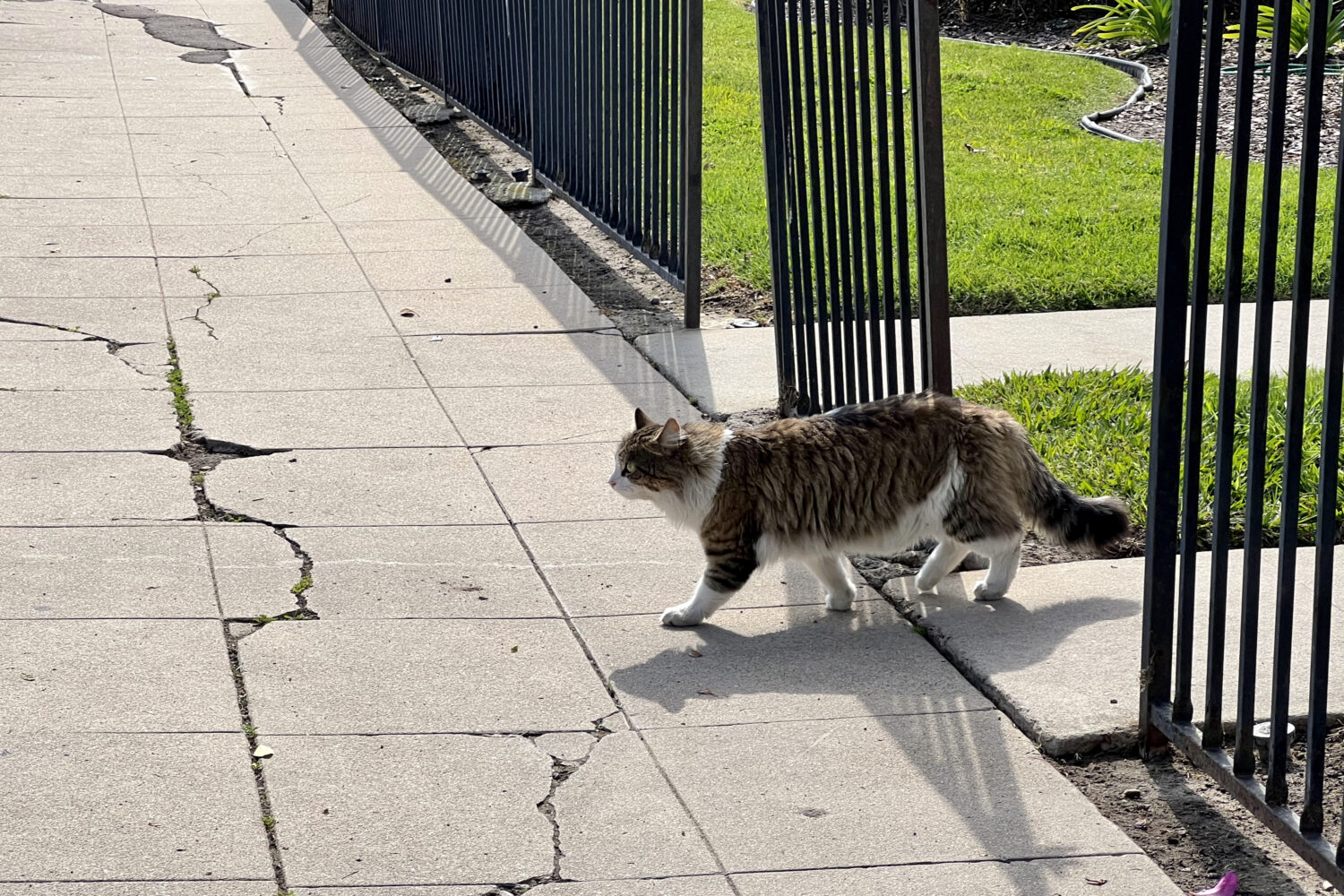 I nickname this beauty Saunter, for the casual, deliberate walk. That first day, before viewing the portraits on 16.2-inch MacBook Pro, Annie and I both thought that we had come upon Johnny. The former feral no longer lives outdoors. Life on the streets, natural aging, and death of his (genetic) father companion weighed heavily on him. We were relieved that he hadn’t escaped from the home where he spends his elder days. 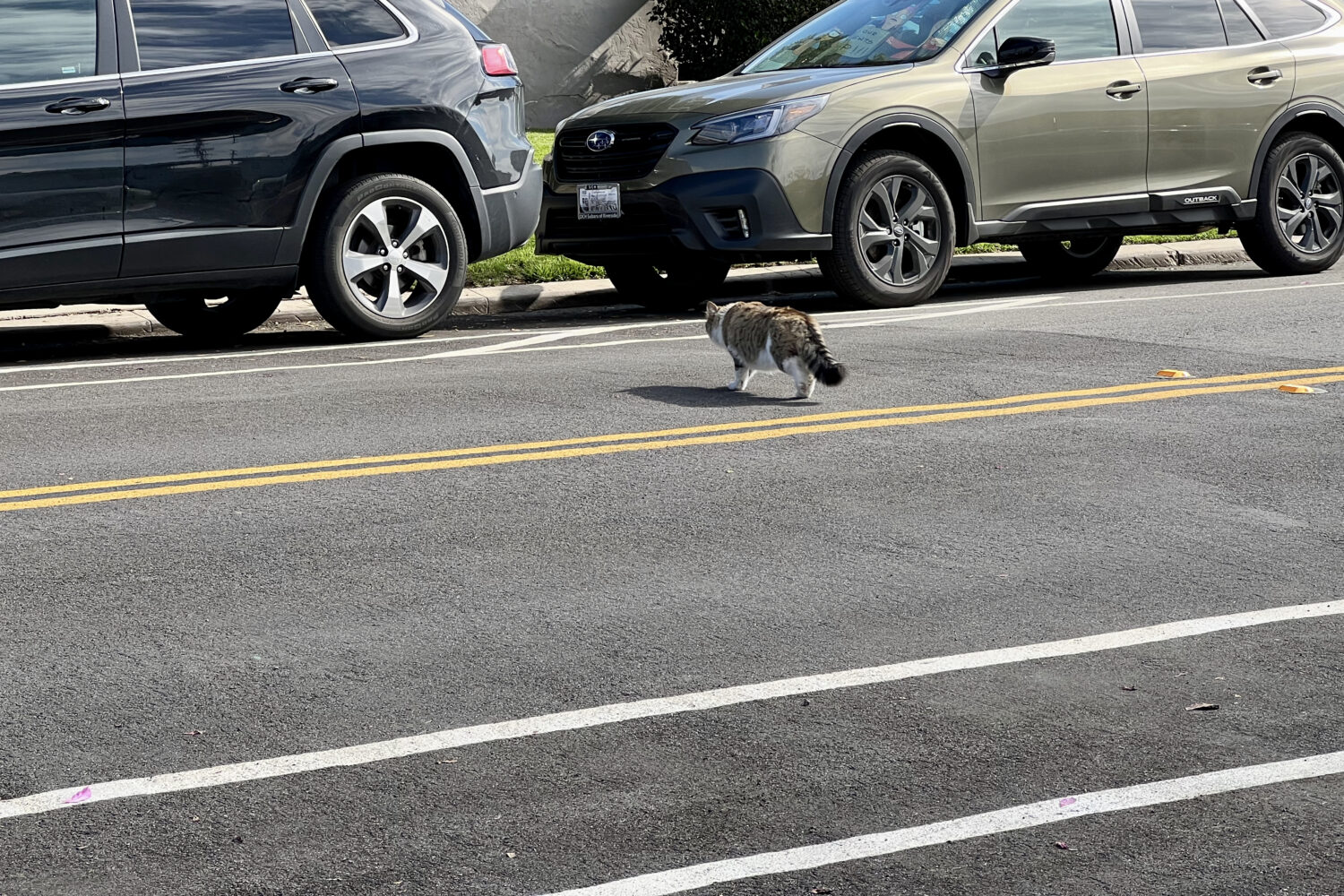 Update, May 26, 2022: As I walked down Louisiana, a squirrel scampered down the sidewalk. Suddenly, stalking Saunter appeared, chasing the scolding squirrel up the tree where the cat sits seconds later in this additional portrait. Vitals, also from the same smartphone: f/2.8, ISO 32, 1/254 sec, 77mm; 5:28 p.m. PDT. 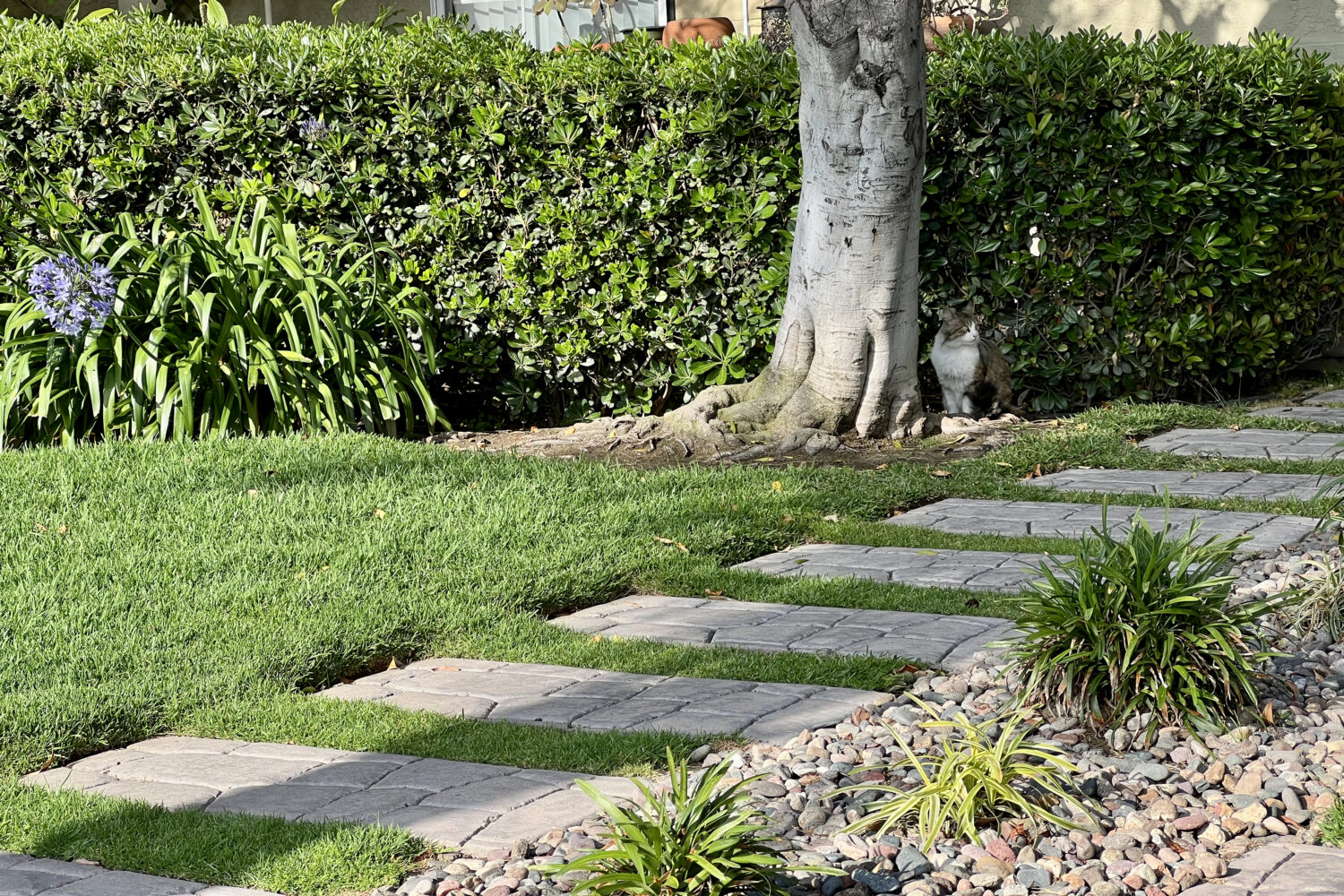