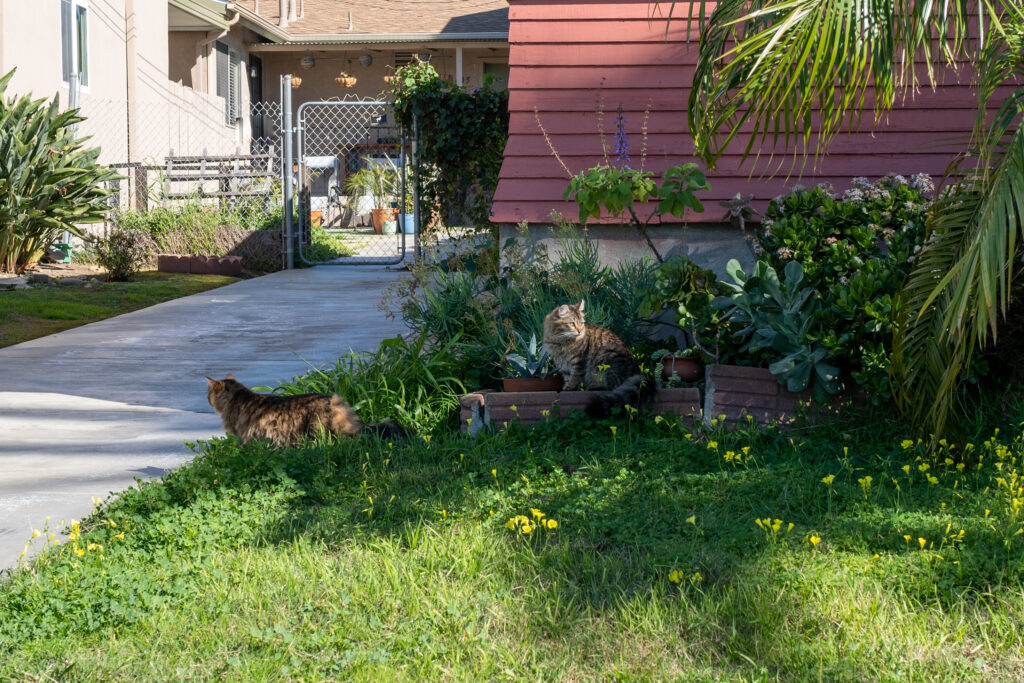 Heavy rains stormed through San Diego on the evening of Feb. 15, 2022, when a friendly but apparently stray tabby invited himself into the house where he had visited over several weeks. The family chose to keep him inside that evening, because of the ferocious weather. Next morning, the husband pulled over his car when seeing me to ask about the cat, which meowed from inside a carrier. The gent knew that I photographed local animals and wondered if I knew anything about this kitty. Damn, no.

Because the cat limped, my neighbor chose to take the feline for a microchip scan and maybe medical treatment. He was reluctant to leave a possible pet at the animal shelter. As we chatted, he decided to first go to a local veterinarian, see whether the tabby was chipped, and if so get it to the owner. What transpired next surprised and inspires, but there’s a postscript drama not directly related but possibly impacting shelter policy.

Later that afternoon, of the 16th, I approached my neighbor as he brought home his son from school to ask what happened. There was no microchip and the vet informed the gent about the San Diego Humane Society Community Cat Program. He brought the tabby to the shelter, which would treat the limp (from small infection) and neuter and vaccinate the kitty. There was no cost to him, and he was asked to retrieve the putty-tat the next day and release back into the same area where found.

As the SDHS program FAQ explains:

Returning community cats outdoors is the best outcome for individual cats and for the community. Because the majority of community cats are not suited to life as indoor pets, confinement in a shelter—even for a short period of time—can be extremely stressful and detrimental to their health and quality of life. Additionally, community cats who are returned to their outdoor homes are those who have demonstrated that they are healthy and doing well. There is no benefit to the cat to permanently remove them from where they have been living successfully. The most humane and effective approach for community cats is to spay/neuter and vaccinate them, and return them to their outdoor homes. This approach also stabilizes and reduces community cat populations and minimizes nuisance behaviors (spraying, fighting, noise, etc.). The return of sterilized resident cats also prevents the influx of additional unsterilized cats, and therefore helps to reduce the overall population…

Many friendly community cats are social because they do interact frequently with humans in their neighborhoods, including people who may act as their caregivers. While caregiving differs significantly from ownership in the traditional and legal sense of the word, caregivers may provide these cats with food and water, access to their yard, and human interaction and affection—and, in many cases, these caregivers are significantly invested in the cats’ wellbeing. Friendliness in a community cat indicates that they have an outdoor home in which they are thriving. Therefore, regardless of their behavior, the best outcome for healthy community cats is to spay/neuter and vaccinate them, and return them to their outdoor homes.

Sure enough, the fixed and vaxxed cat came back, in the same carrier, to where he started—and with a name: Little Spunky. Food, affection, and cat companionship attracted the year-old putty to home. (I have previously profiled three of the currently four animals living there: Peanut, Rocky, and Schroeder. Another, Monkey, passed away four years ago). 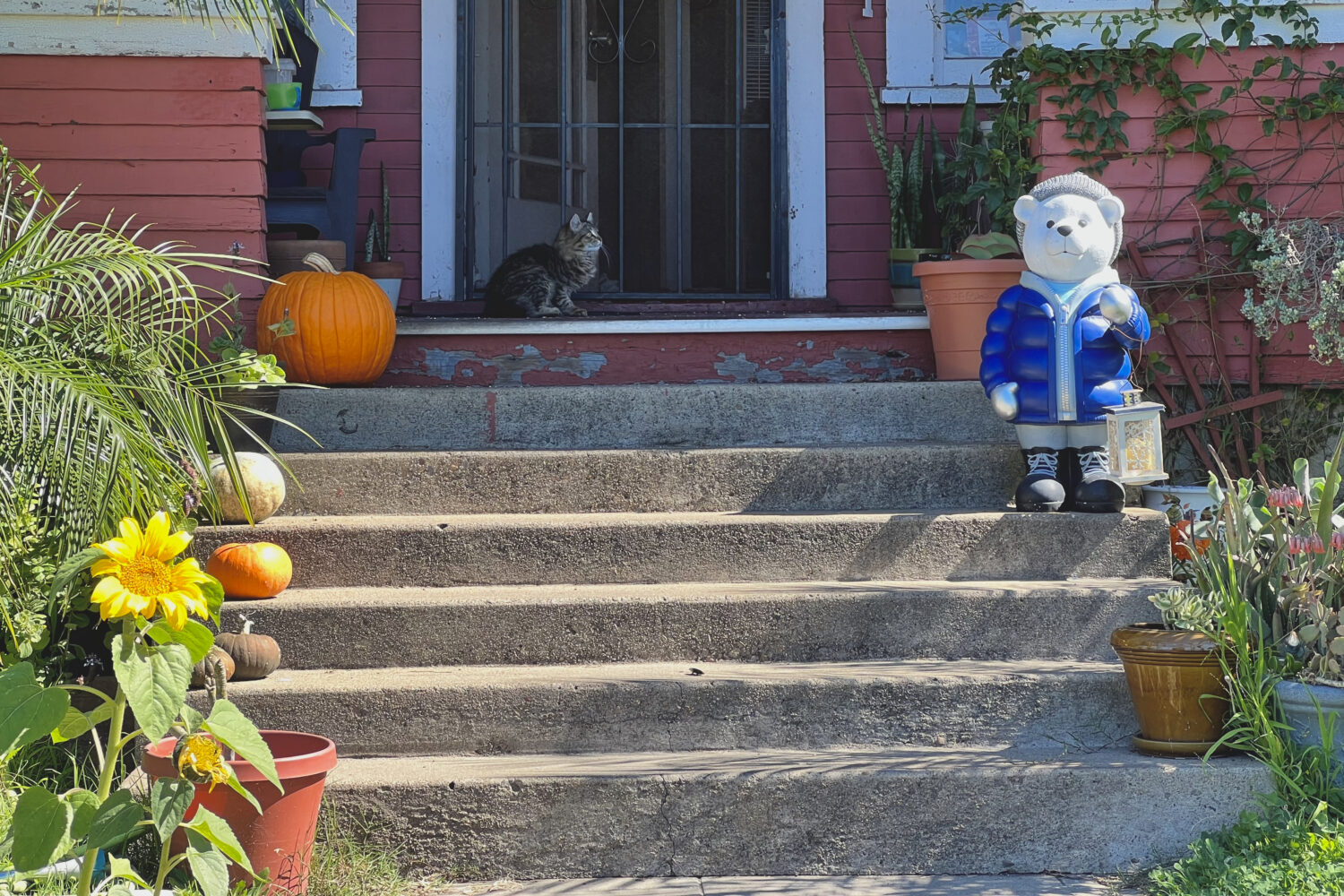 Community Cat Crisis
Uh-oh. According to a February 28 ABC 10 News story, a pending lawsuit seeks to effectively end the local Humane Society’s community cat program, in part because the “practice is cruel, inhumane”.

I strongly disagree, as does SDHS in a public response well worth reading. The program is brilliant in conception and is sensible for the locale. San Diego’s pleasing, temperate Mediterranean climate makes outdoor living as comfortable for felines as humans, which is one reason so many community cats can live long lives.

In producing this series, I have come across many community cats cared for by kindly people. Some of the furballs lived outdoors to old age: Alfredo (15 years) and Shadow (18 years). Roadie and Tigger also passed away. Others, and known to be living: Burglar, Cocoa, E.T., Johnny, Mimi, Norman, and Sweat Pea.

Little Spunky shows how the community cat program can be effective medically treating and neutering an animal that is highly territorial and prone to unhealthy stress when removed from the roaming range. Ask any kitty owner about how much their beastie suffered from moving to a new home. Then there are the many stories of cats that traversed startling number of kilometers to return to the old habitat (and leaving perplexed, distraught owners behind).