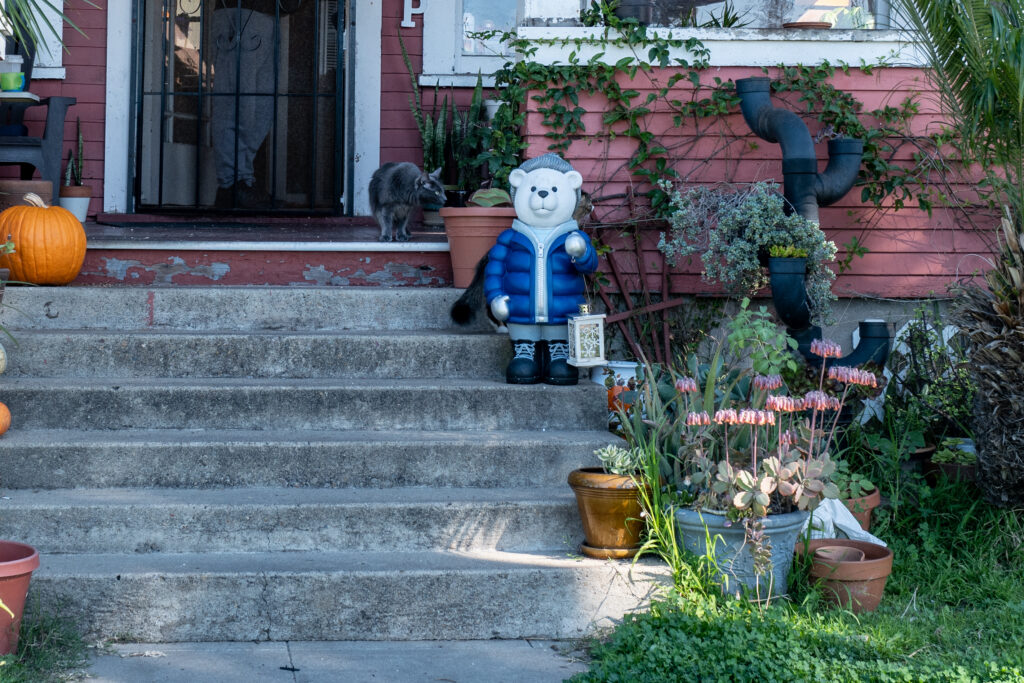 According to Zillow, the median home selling price in San Diego is $880,000. Rents are astronomical compared to early 2020. According to Zumper, median for a one-bedroom apartment is $2,350 per month, up 27 percent year over year. Two-beds: $3,095, for a 29 percent spike annually. Prices like these were uncommon 27 months ago.

Unquestionably, high-tech workers migrating from San Francisco and Silicon Valley are pushing up home selling prices and rents. These big earners can afford to pay more—and compared to where they’re coming from, San Diego real estate is bargain basement pricing. Yesterday, I casually discussed this phenomenon during the annual appointment with my tax preparer. Many of his newer clients—yes, from Northern California—have salaries of $500,000 or more.

Let’s circle back to the cat. The fine family who owns him moved away a few days ago. They bought a house in New England. The husband and wife each has what would be considered a professional job and still homeownership was undesirable, if not untenable. They rented, like 52 percent of the area’s housed residents. I wish the family well but see their departure, like so many others, as a local loss.

Their lovely Russian Blue is one of their four felines, all appearing in this series and all now living across country. (Oh, I would love to know how the airplane flight went, with four carry-on meowers.) The other three: Peanut, Rocky, and Schroeder. (Another, Monkey, passed away four years ago). There was some speculation that newcomer Little Spunky might ride in the car with the dad rather than remain a community cat, depending on his attachment to the family and the other beasties. I haven’t seen him hanging about.

Afternoon of Feb. 17, 2022 is the first, and only, time I had seen this shimmering grey. The owner told me that the shorthair is a bit of a scaredy-cat, which might explain her name for him: Chicken. He has the distinction of being the eighty-seventh putty-tat to appear the series from Alabama Street, between boundaries Adams and Lincoln. Now there are four, or even five, fewer.