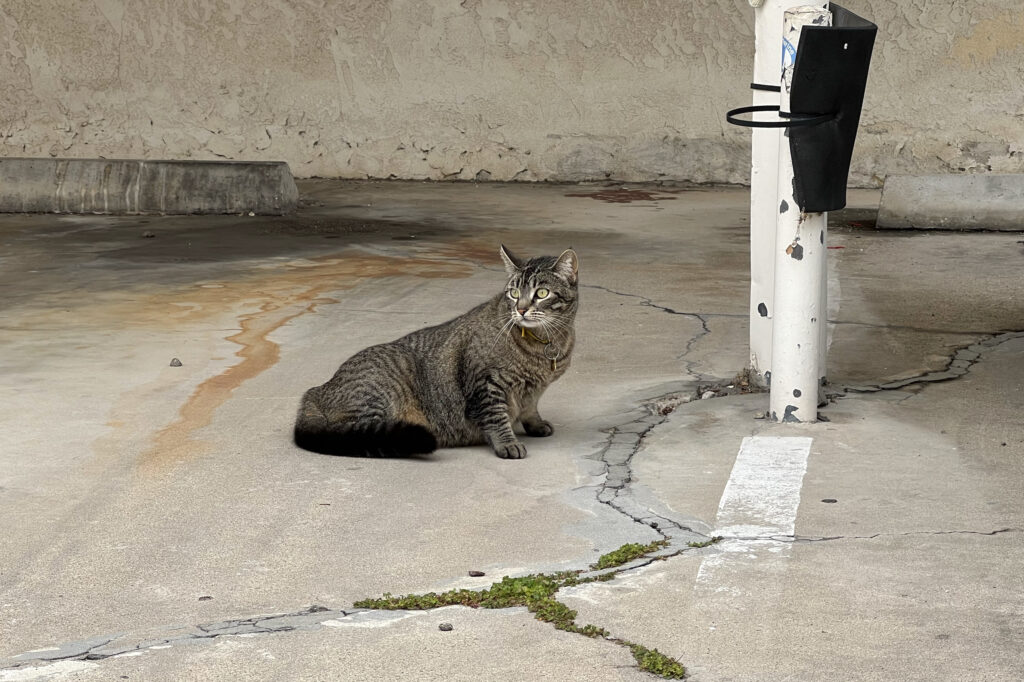 That long-winded introduction leads us to this troubled tabby trying to chill down after a hot encounter with some dude and his yappy runt. When my wife and I came upon the scene, only the leash kept the mutt from attacking—and not by much. Meanwhile, the defender had assumed the arched-back scaredy-cat posture. Oh, and, yeah, fido’s master reveled in the taunts as he let the animal advance as the tabby retreated.

We stood watching for perhaps 15 seconds, and I should have said something. But maybe my demeanor and presence were enough, because he suddenly pulled back the leash and walked away with his straining-to-return runt. The cat calmed, briefly moving towards Annie, and I snapped three shots using iPhone 13 Pro. The Featured Image is the second. Vitals: f/2.8, ISO 32, 1/314 sec, 77mm; 1:11 p.m. PDT, May 20, 2022. Location: In the alley separating Campus and North.

Need I even explain why nickname Defender?