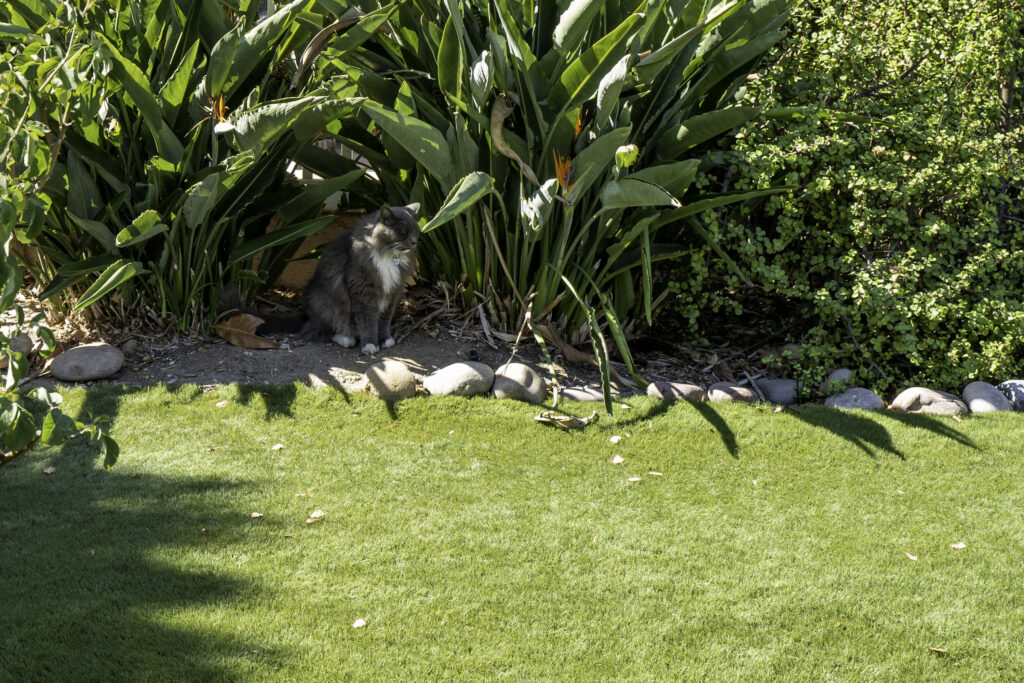 This series started six years ago today, with Scruffy—a seemingly stray kitty seen once only. A few months earlier, I underwent cataracts surgery that replaced both my natural lenses, and, separately, a specialist treated Macular Edema in both my retinas. During the process of recovering my vision, I embarked into feline photography as visual therapy and to improve my skills with a camera.

In a neighborhood known for dogs, I expected to find maybe 30 cats—a month’s worth and then be done. Five-hundred-and-twelve profiles (including this one) later, I miscalculated. My shooting skills improved because of the project, and my eyes are healthier now; vision is better than normal in the left; that’s something to be grateful for. Hugely so. 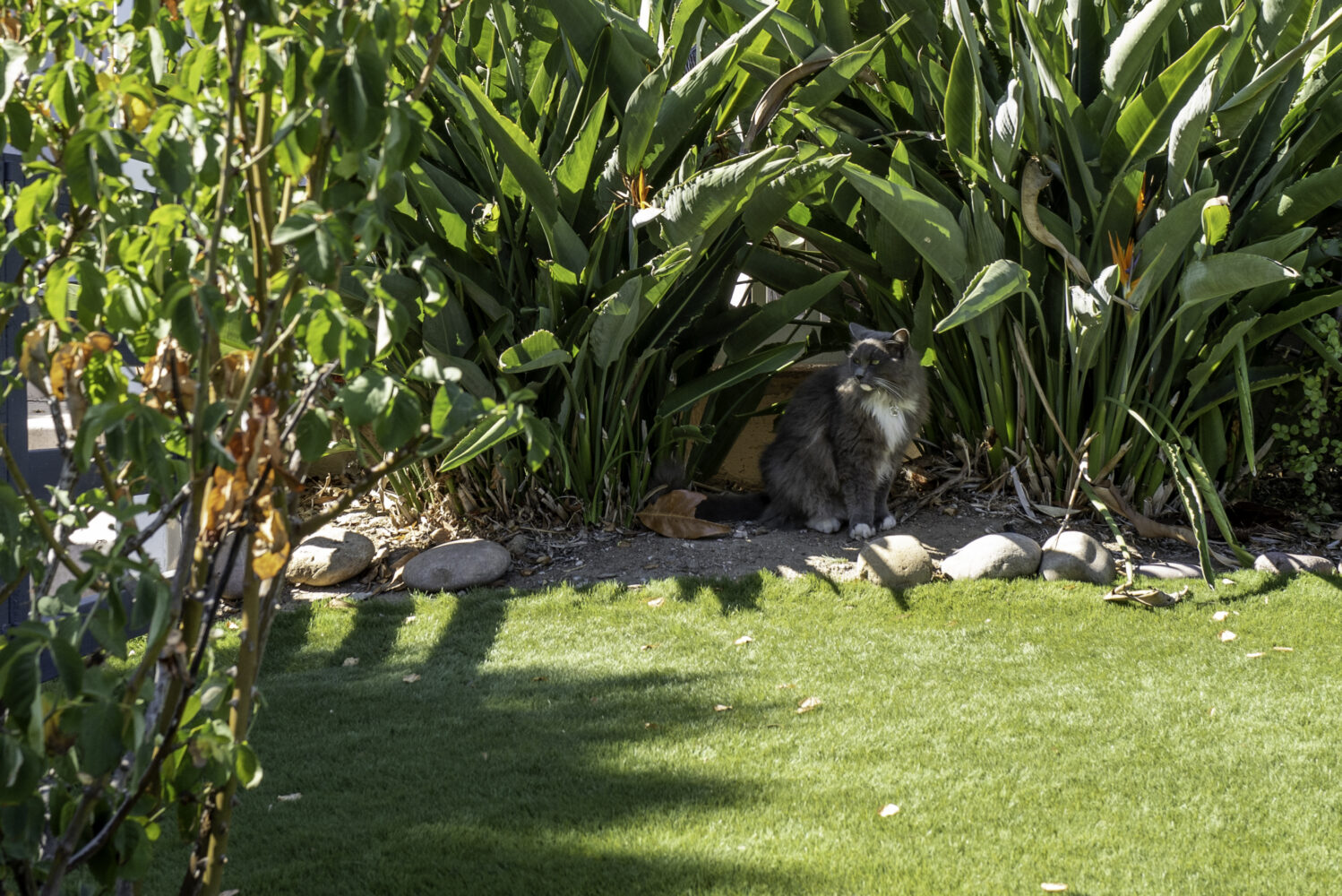 Our commemorative cat made unexpected appearance along Louisiana today. My wife saw what she thought was a squirrel but instead turned out to be a much larger grey beastie. I shot four portraits, and the longhair turned away for all of them. Grumble. Grumble. The Featured Image and companion are first and third. Vitals for both, aperture manually set: f/5.6, ISO 100, 1/100 sec, 28mm; 12:46 p.m. PDT.

Deriving from the name of the series’ first feline and acknowledging the ravishing white plume, I bestow nickname Ruffy—not to be confused with Ruff (who I saw in the same window, a few days ago, coincidentally).

Update, Nov. 1, 2022: As Annie and I walked by the house where Gracie used to live, the cat ran across the sidewalk and took refuge under a car parked in the driveway. The owner knows the animal, whose real name is Oliver; he lives one block over on Shirley Ann Place. Oliver and Ash sometimes fight in his backyard at night. They howl and occasionally knock over plant pots.